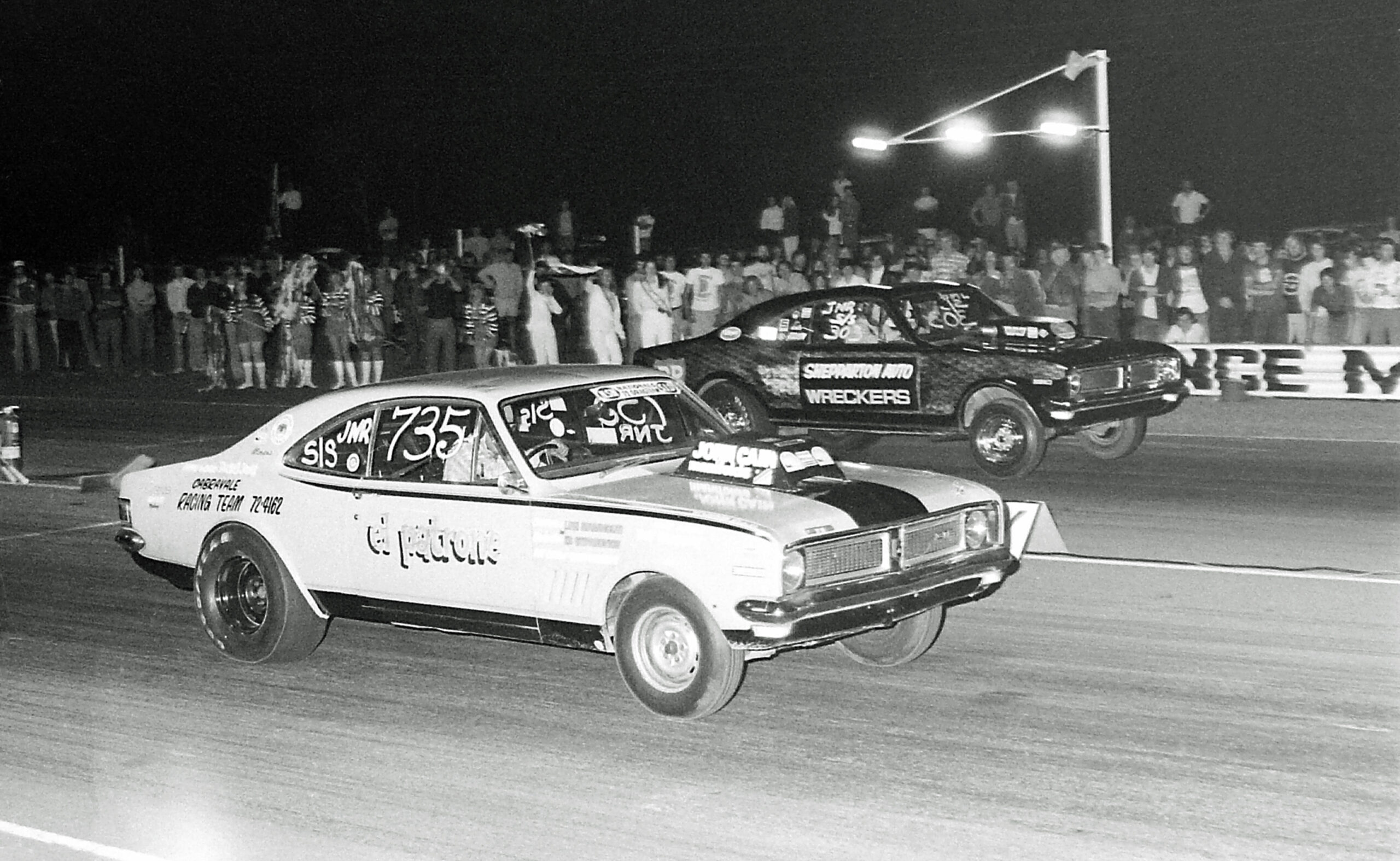 “Big Ed” Stipanovich was one sedan drag racing’s biggest names through the 1970s after an early apprenticeship in the Sydney street racing scene.

Ed would thrash his Ford Single Spinner ute or his Triumph motorcycle around the old airstrip at Castlereagh, along the new entry road into the factories at the Brickies venue at Homebush, or down south at Heathcote, dodging the police raids and staying out of the spotlight.

After a trip out to the new drag racing at the Castlereagh strip in 1968, Ed made the leap to full competition machinery when he bought the ex-Colin Bond/Pat Cullen rally Monaro.

This produced plenty of frustration as it wasn’t geared for acceleration racing and plodding 15 second times didn’t cut the mustard. That was until a borrowed set of low profile rubber dropped the times to 14.3 seconds and suddenly Ed was in demand for match racing in those heady days of Ford versus Holden contests.

An Impressive Run of Results

Ed was approached by a guy named Lou Mammoliti. He had new 350 Monaro but wanted a driver and someone who knew how to set these cars up. Times tumbled to 12.8 seconds. In 1972-73 alone, the team took Stock runner-up at the 1972 Nationals, set a B/Stock national record and won the:

“Big Ed” puts his 350 Monaro Pro Stocker through its paces at Sydney’s Castlereagh track in 1974 after switching to the new all heads-up racing category.

Ed dropped out of racing for a couple of years, but in 1977 he bought an HQ and fitted it out as one of the new radical Pro Stockers. It ran an impressive 10.80 seconds at its maiden event but bent the diff and fed up Ed parked the car. It wasn’t until a visiting American racer asked about the car and why it was sitting unraced that he went racing again.

To prove he still had what it took he got his crew together and they got it going again. However, at the beginning of 1978, Ed was presented with the option of buy an imported US Funny Car and decided to take it. That was the end of his sedan competition.

With no real drag racing in Sydney in 1987, Ed took a shot at the new Commodore Classics series and teamed with Barry Jones. They won the series at their first shot. His son, Chris, wanted to go sprint car racing and then drag racing after the return of the sport to Eastern Creek Raceway.

This occupied a decade from the early 90s until Ed dropped out of competitive motorsport in his early seventies.