After a long and at times frustrating wait through the pause in racing, Bowe achieved the remarkable milestone in the final race of the weekend at Symmons Plains by passing young-gun Adam Garwood and pulling away to win aboard his Paynter Dixon-supported Holden Torana SL/R 5000.

Bowe becomes just the fourth driver in the history of national-level motorsport in Australia to claim 100 championship race victories in the same category.

His remarkable strike rate has seen the 100 wins come from 276 TCM race starts – Bowe essentially having one in every three races he has started in the class. 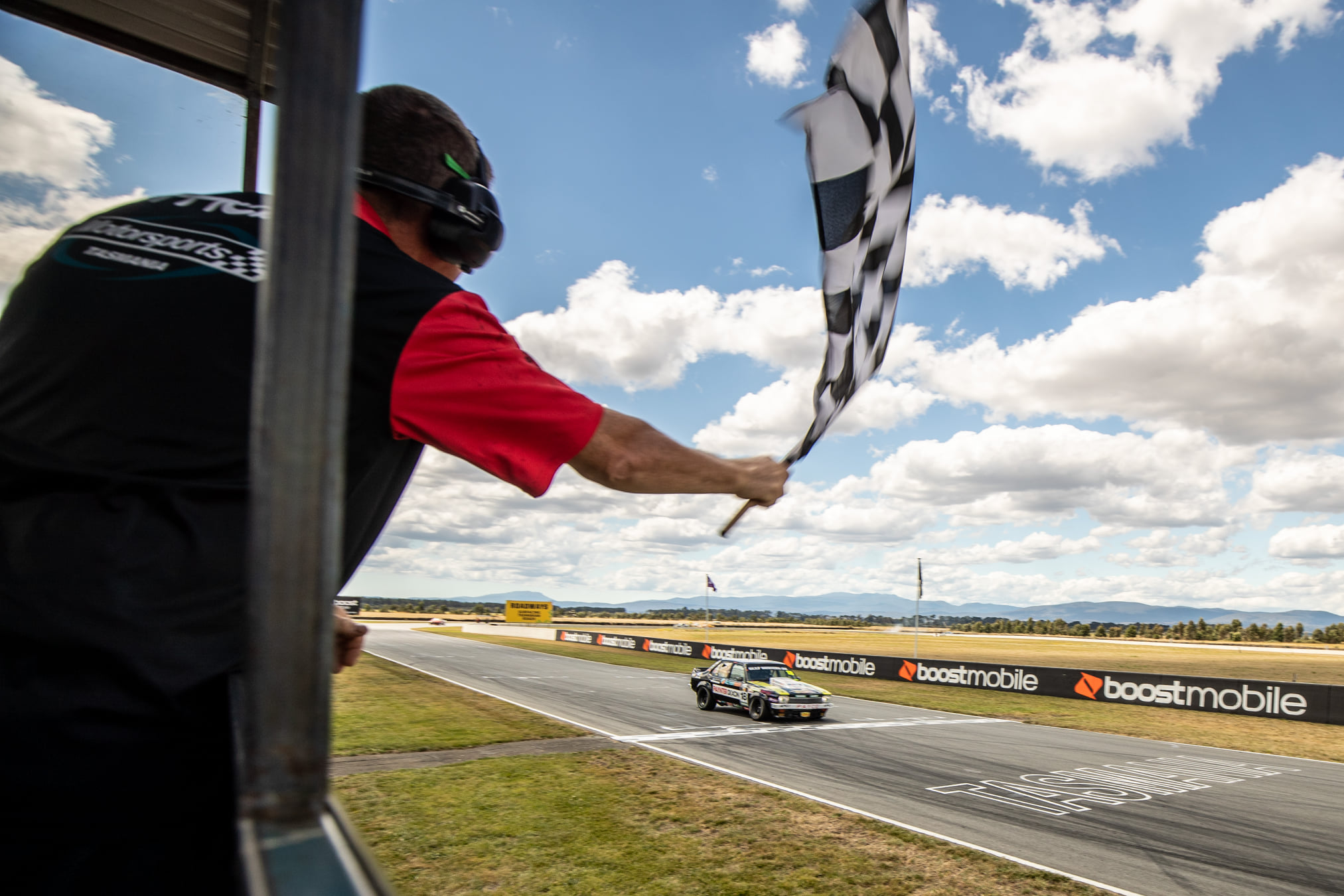 Bowe qualified on pole at Symmons Plains, but lost the first race to Whiteline Racing’s Adam Garwood after a close battle between the pair of Tasmanians.

He was then running second – again behind Garwood – in race two before it was called short when Steven Johnson’s Falcon was left stranded on-track when a right front wheel failed.

The race was declared a non-event (with no points awarded) due to not reaching the required 75% minimum distance, meaning everything fell to the final race of the weekend that saw Bowe starting alongside Garwood on the front row.

The Camaro driver led early, however was caught and passed by Bowe on the seventh lap: the Torana never headed from there en-route to a wildly popular victory.

Steve Johnson finished third as his XD Falcon continues to show improvement, while Cameron Tilley was a strong fourth aboard the Valliant Pacer. Trophy Race winner Marcus Zukanovic was fifth while Ryan Hansford finished sixth in the Multispares Torana.

Hansford had started on the second row however surrendered spots with a wild moment at turn three on the opening lap.

The results ensured Bowe edged Garwood for the round and ProMasters class victory on a countback; the pair tied on points with a win and a second-placed finish each. Johnson finished third overall for the weekend, despite his race two dramas.

Cameron Tilley celebrated his 200th TCM race start with a round victory in the ProAm category ahead of Ryan Hansford and Gerard McLeod, while Peter Burnitt won the ProSports class aboard his Holden Torana.