A spectacular seven-car crash, a pit lane disaster and a victory for Chaz Mostert highlights just a glimpse of the chaos that occurred in today’s opening race of the Merlin Darwin Triple Crown.

Shell Ford’s rising star Anton De Pasquale broke the lap record in qualifying to claim pole position but after trying to block Championship leader Shane van Gisbergen, clipped the back of the Red Bull Commodore and spun, causing one of the biggest crashes in recent Supercars’ history.

De Pasquale and Mark Winterbottom who qualified second quickest for this afternoon’s race both crashed out, and when the Mustang spun, it was smashed into by four other cars, ending six drivers afternoon’s even before they began. 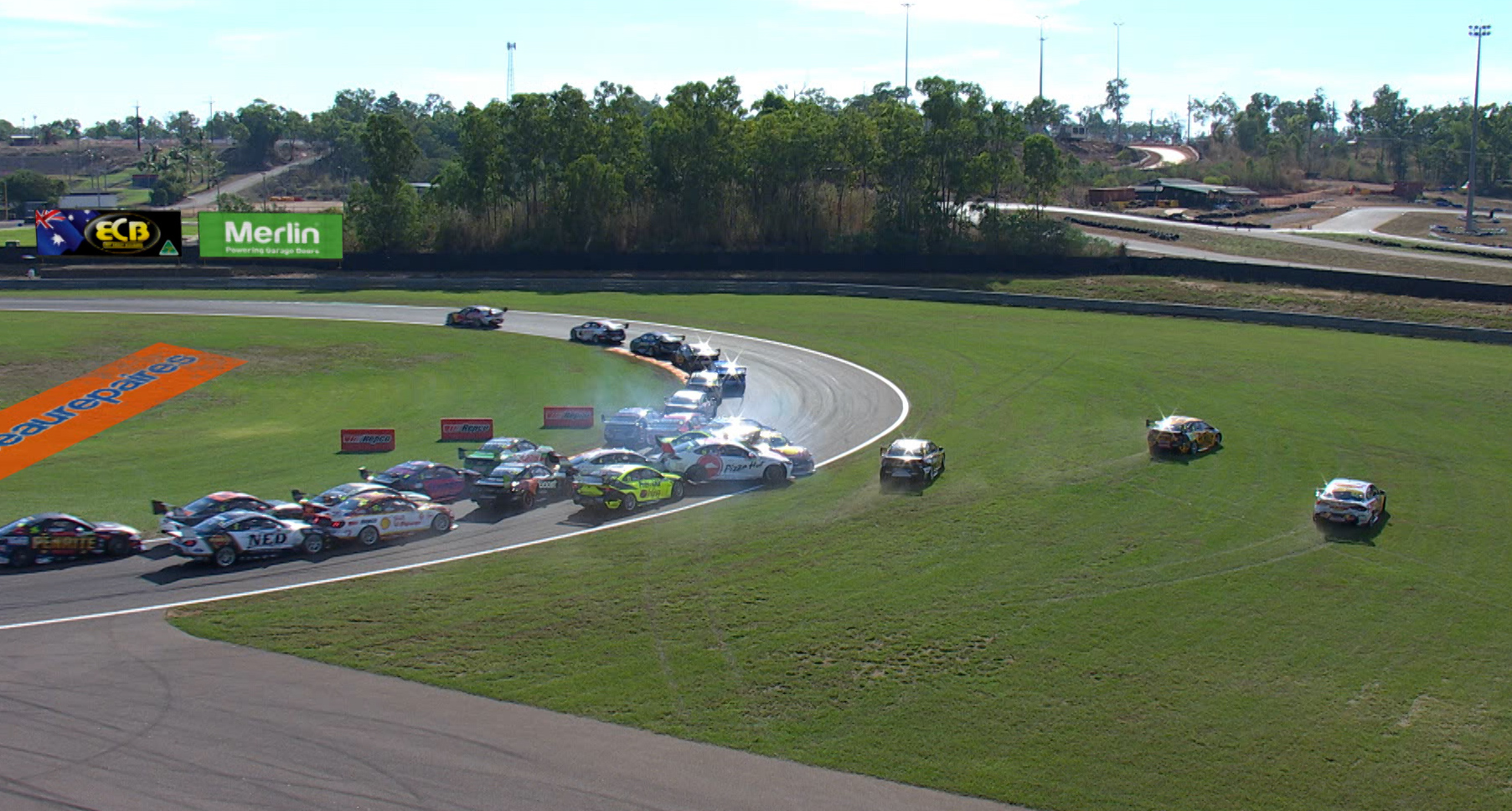 When racing restarted, van Gisbergen held the lead until his mandatory pit stop – where disaster struck his team. The wheel gun didn’t latch on meaning he couldn’t change tyres quickly. What should have been a four second stop ended up being 30 seconds, effectively ending the Championship leader’s chances of victory.

Mostert, who earlier this week re-signed with Walkinshaw Andretti United for the future, took full advantage and took the race lead which he never gave up.

He cruised to his 15th career victory, ahead of good friend Cam Waters who finished second in the Monster Mustang.

Nick Percat from Brad Jones Racing finished third however is currently under a post-race investigation for illegal tyre pressures in his Commodore. 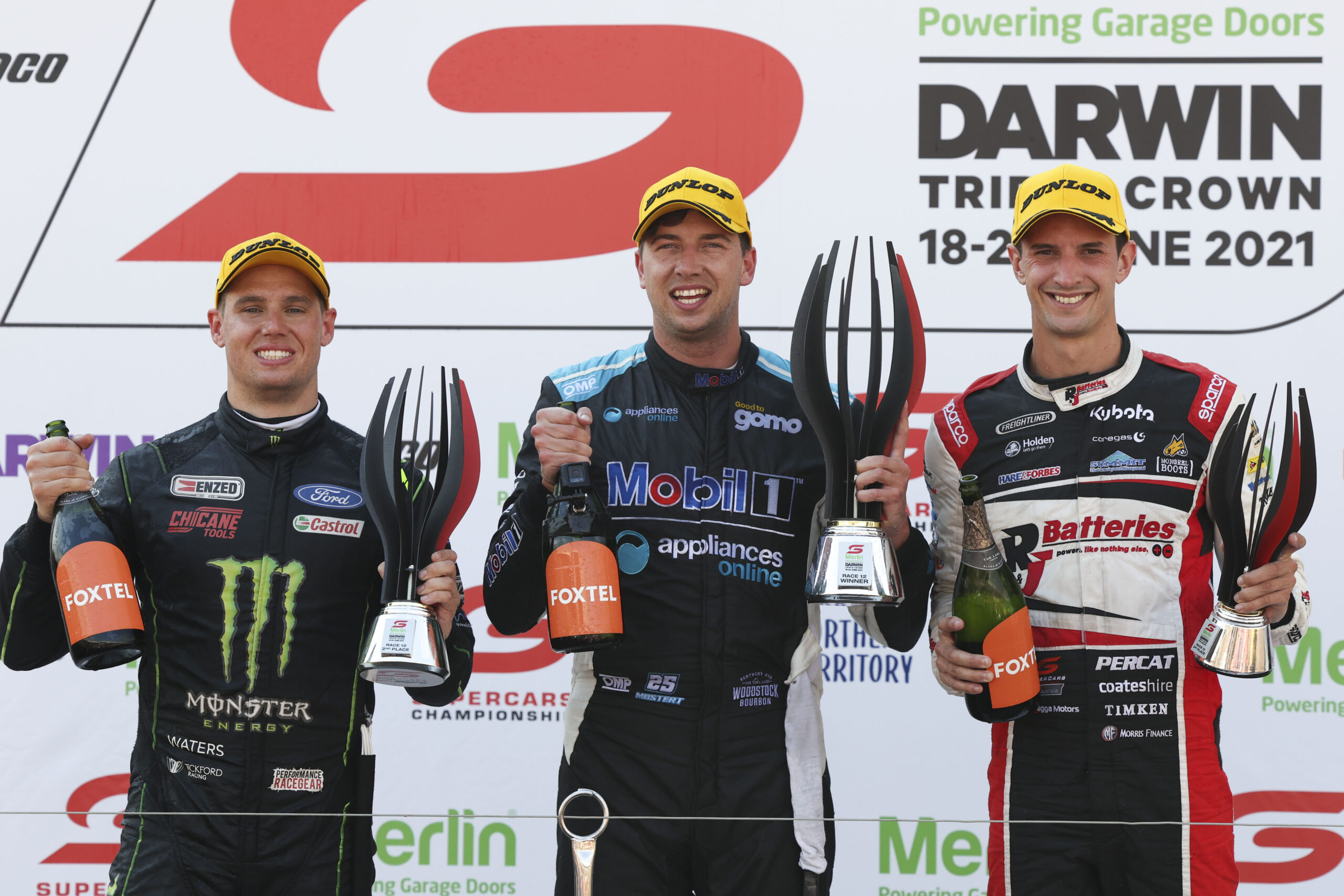 If any ruling later tonight by officials results in a significant time penalty for Percat, Boost Mustang driver James Courtney will most likely assume third position.

After today’s chaos, teams will work through the night to prepare for tomorrow’s two final races of the event.

Qualifying for both races begins at 9:15am local time on Sunday morning.

This weekend’s Merlin Darwin Triple Crown will be broadcast live on Fox Sports and the Seven Network and streamed on Kayo. 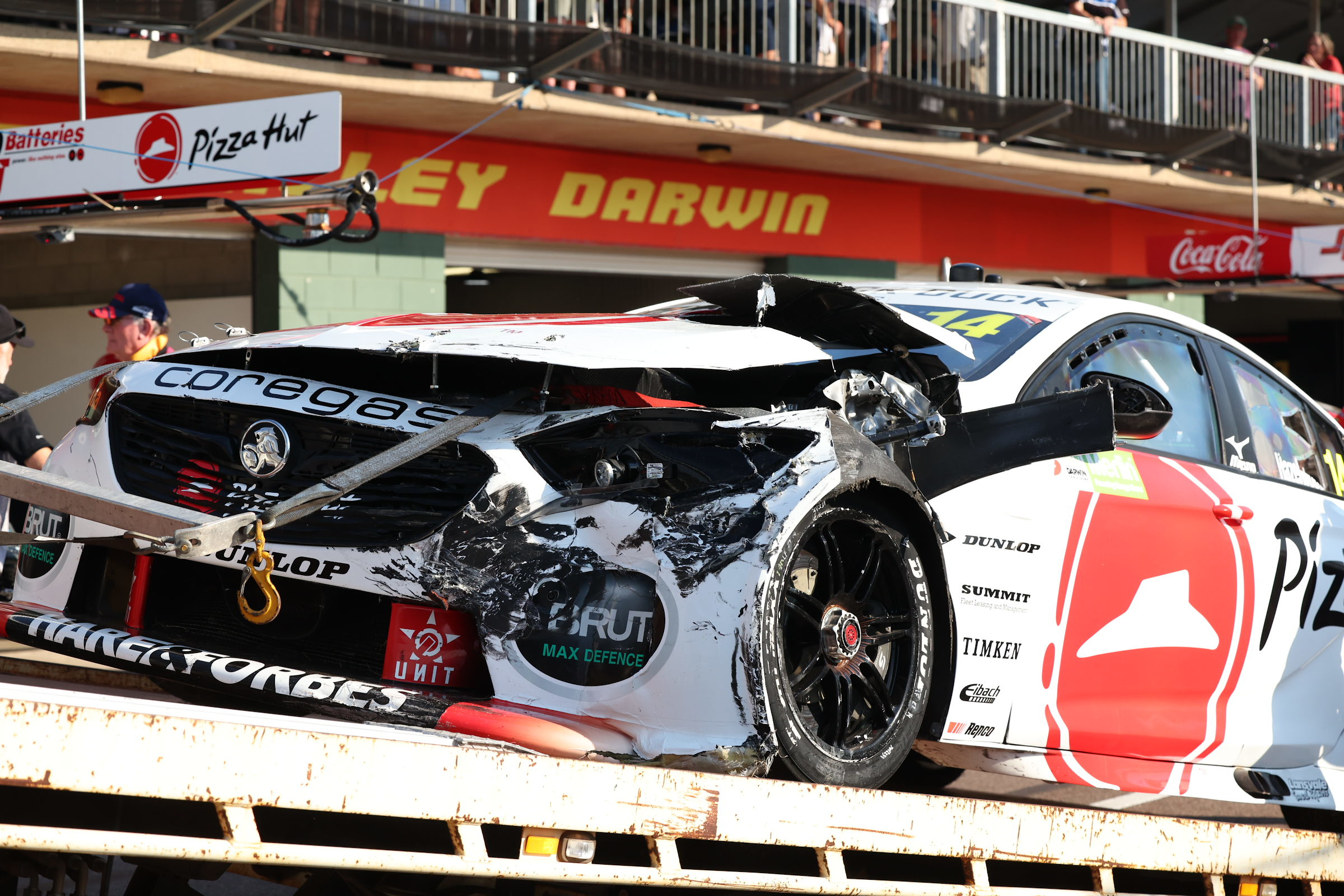