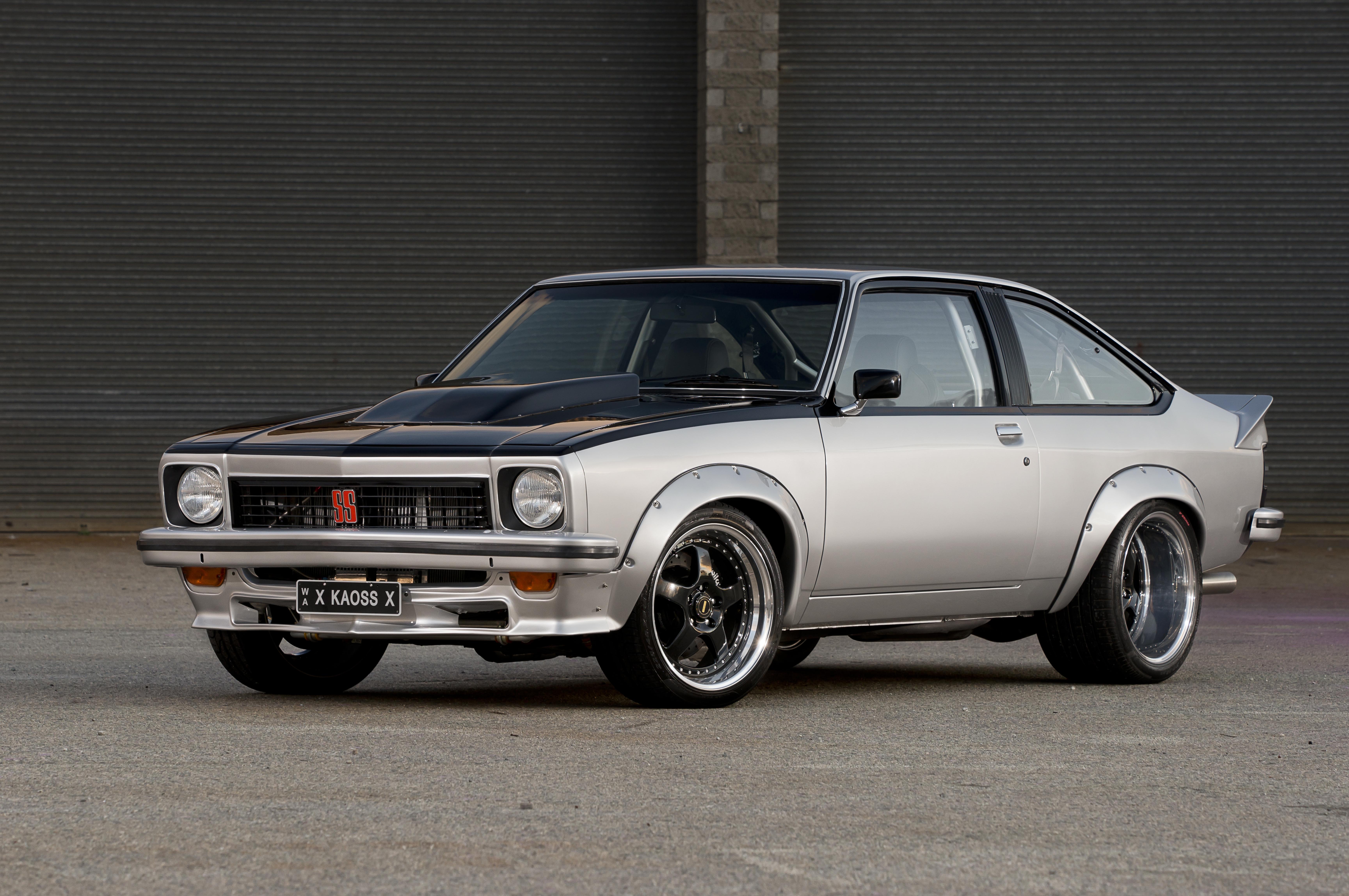 Chaos Theory LX SS Torana! It’s amazing how one simple action can spawn a series of events that can almost spiral out of control.

For Shane Smart, he never thought that a casual visit to S&E Automotives would result in a 3-year build on his LX SS Torana and turn it into the Motorvation Top Ten winner it is today. 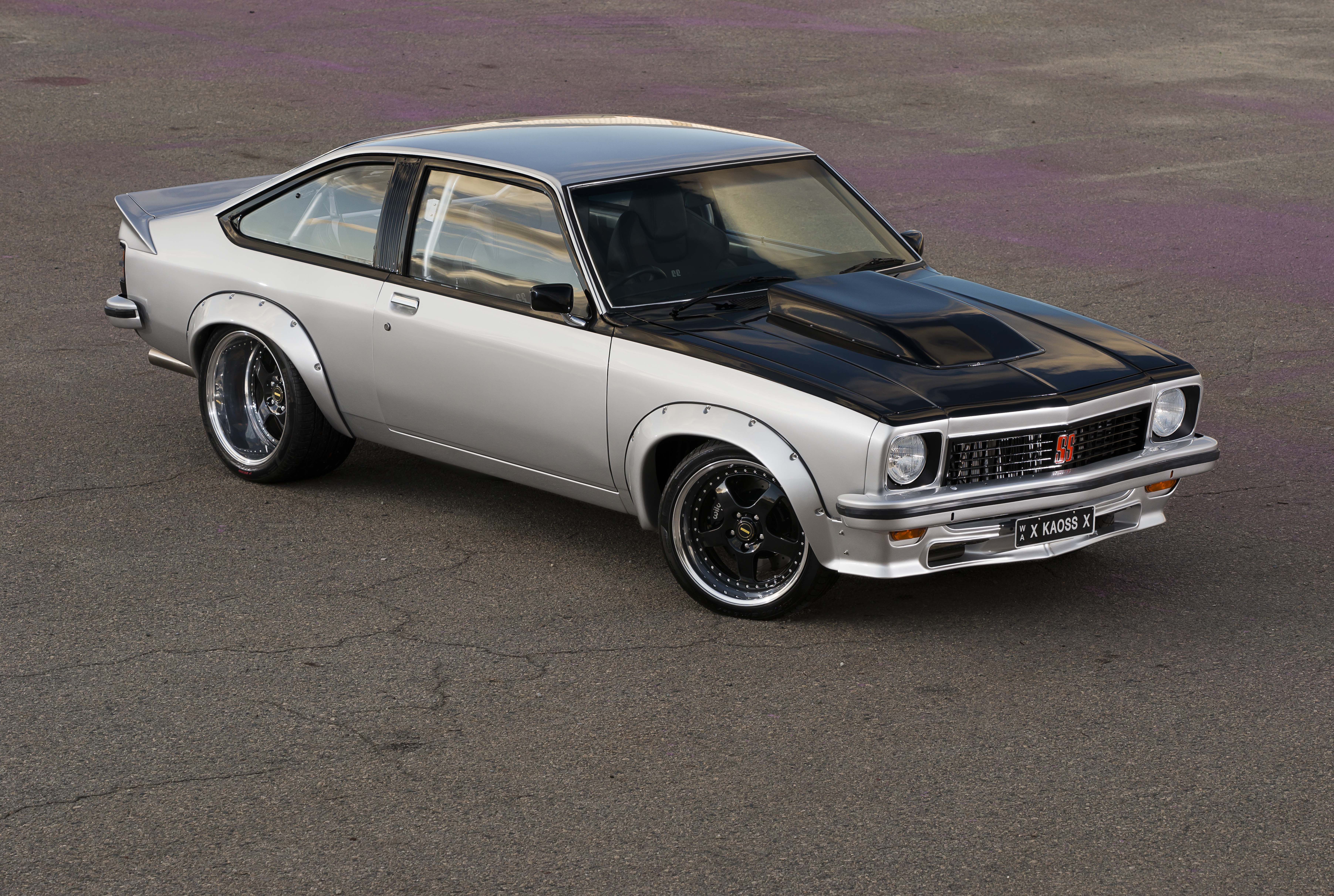 When he first arrived on the scene at S&E, the hatchback was a little rough around the edges and didn’t really want to play the game. After looking around at what Stephen Molson and his team could do at S&E, he knew that the Torana needed a new lease on life, but he never imagined it would look or perform quite like this. 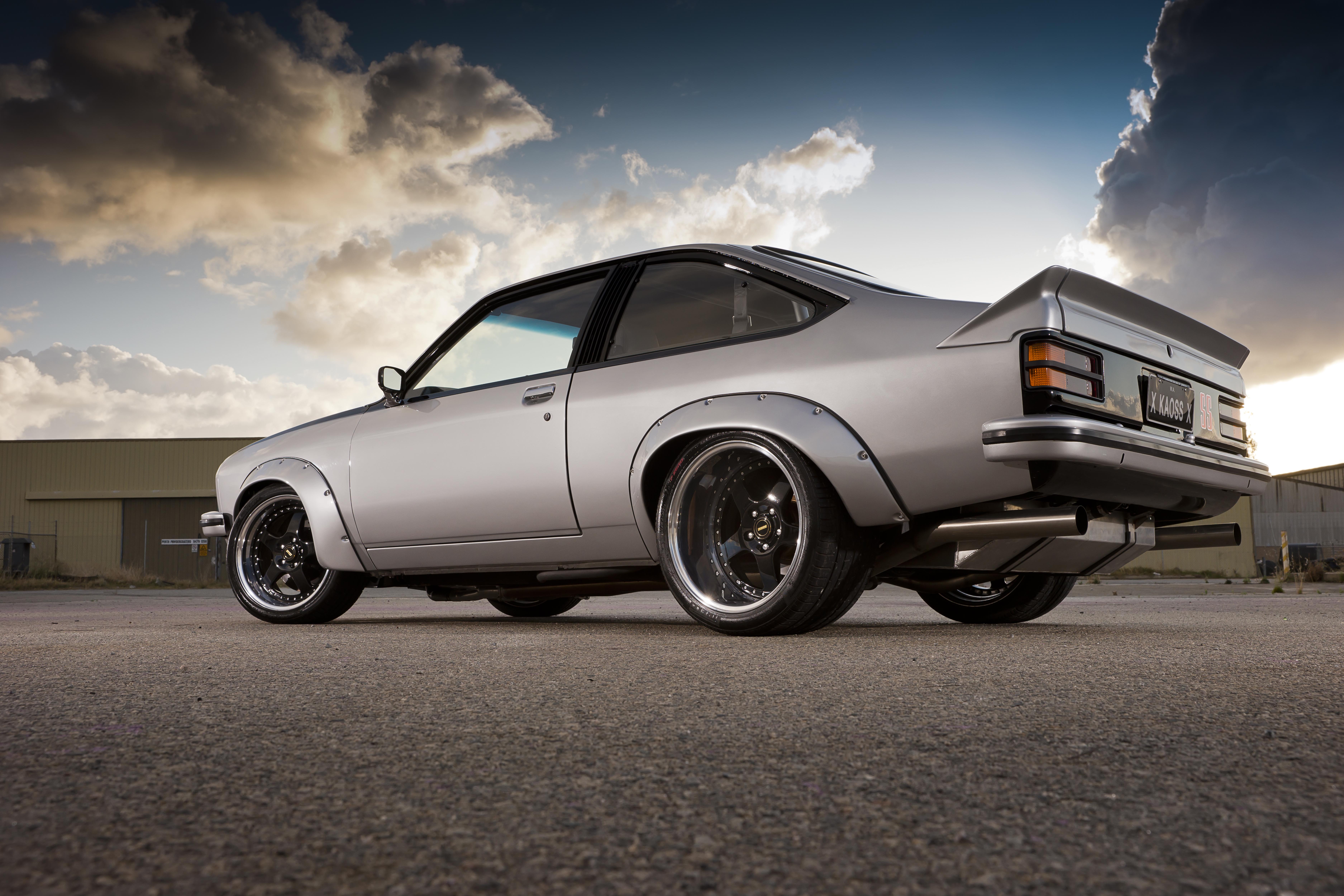 “We were just fixing things on the car like the brakes and general maintenance stuff when I noted that the motor was getting a little tired and required some attention. I told Shane and gave him a few options before he headed out the door. About six months later, he walked back in and told me he wanted a crate motor – the biggest and baddest thing we could fit in the engine bay” Steve said.

Join 3,000+ fellow subscribers | Get the lowdown on all the history, stories, latest news and events in the world of Australian Muscle Cars weekly to your inbox.

The boys looked over the Shafiroff website and clicked on the 434ci link. Shane basically told Steve to click on everything. He didn’t want to scrimp. It was the best gear or nothing at all. 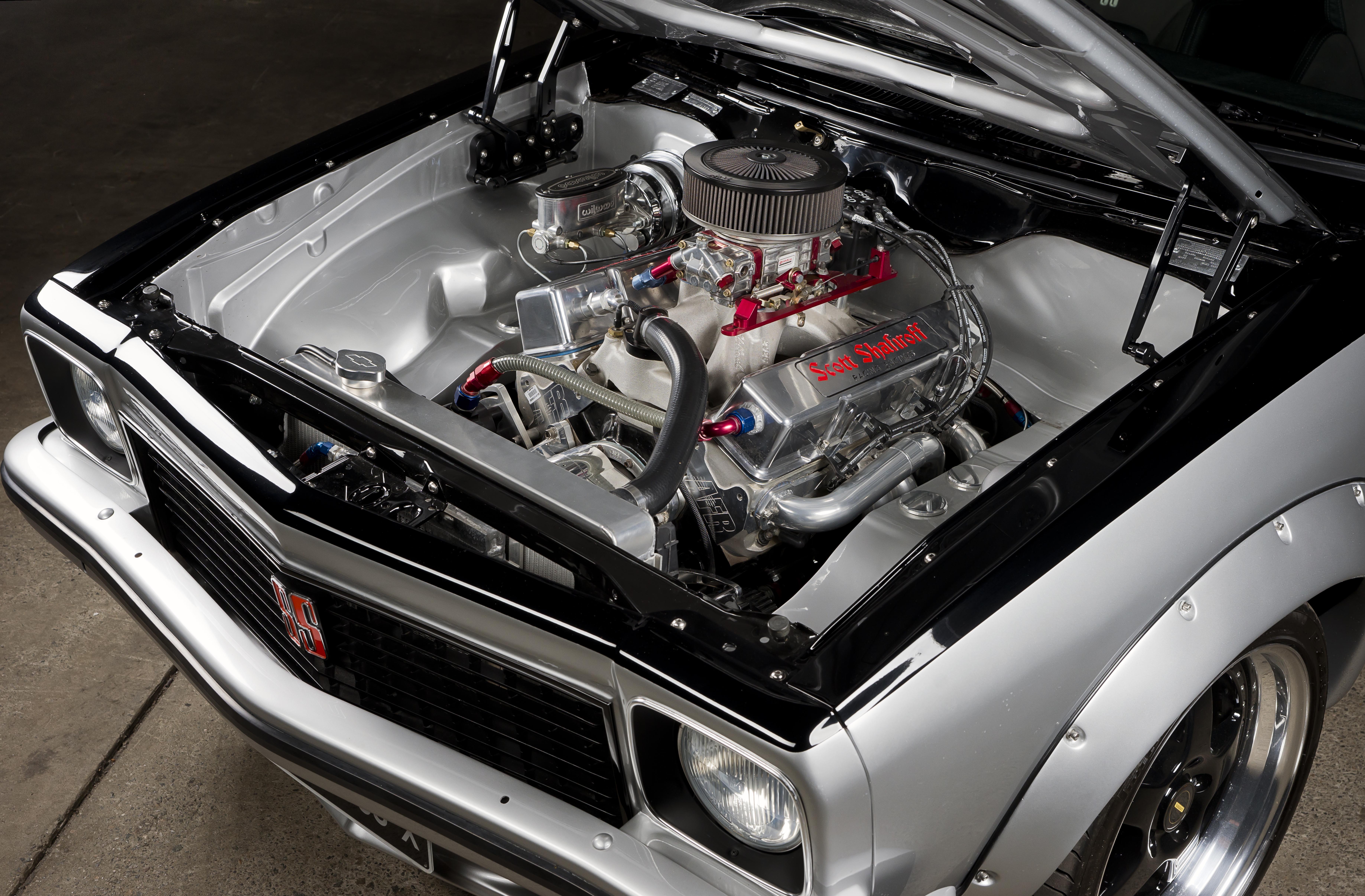 The Little M block was fitted with plenty of forged goodness, along with with Brodix heads and a solid roller camshaft. A 950cfm QFT carby was matched to an Edelbrock Victor Junior manifold. An MSD 6AL-2 was selected to take care of the spark and a Holley 150HP to pump the good stuff. Once nestled in the bay, custom headers were fabbed up at S&E, while the rest of the stainless steel masterpiece was created by Norm Butler. 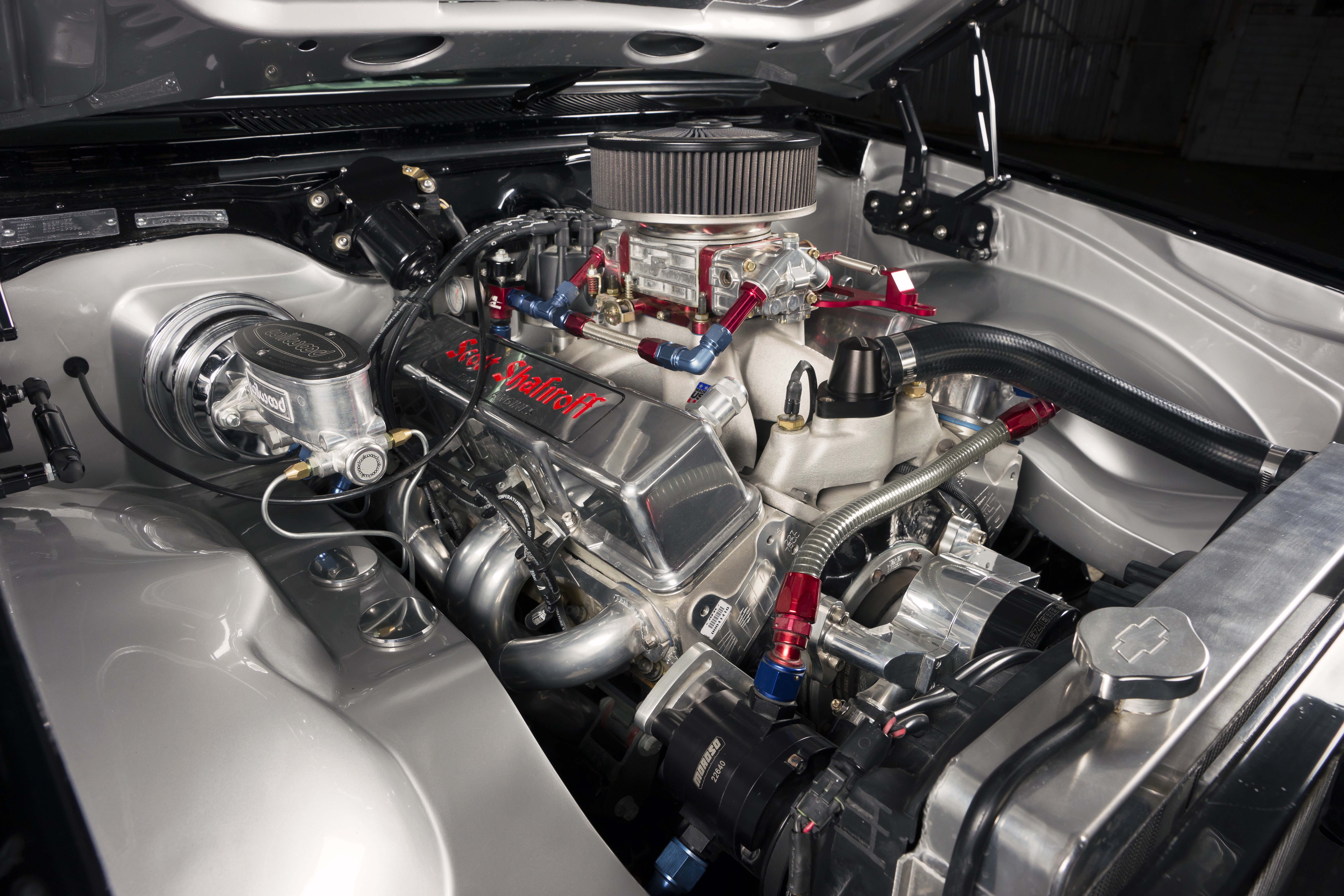 Keeping things fresh is a Browns radiator. Shafiroff dyno test all their motors and the combo that was bound for the Torrie registered 680hp at the flywheel. As you would expect, Shane is more than happy with that, and it well and truly outperforms the dirty old 308 he first rocked up with. 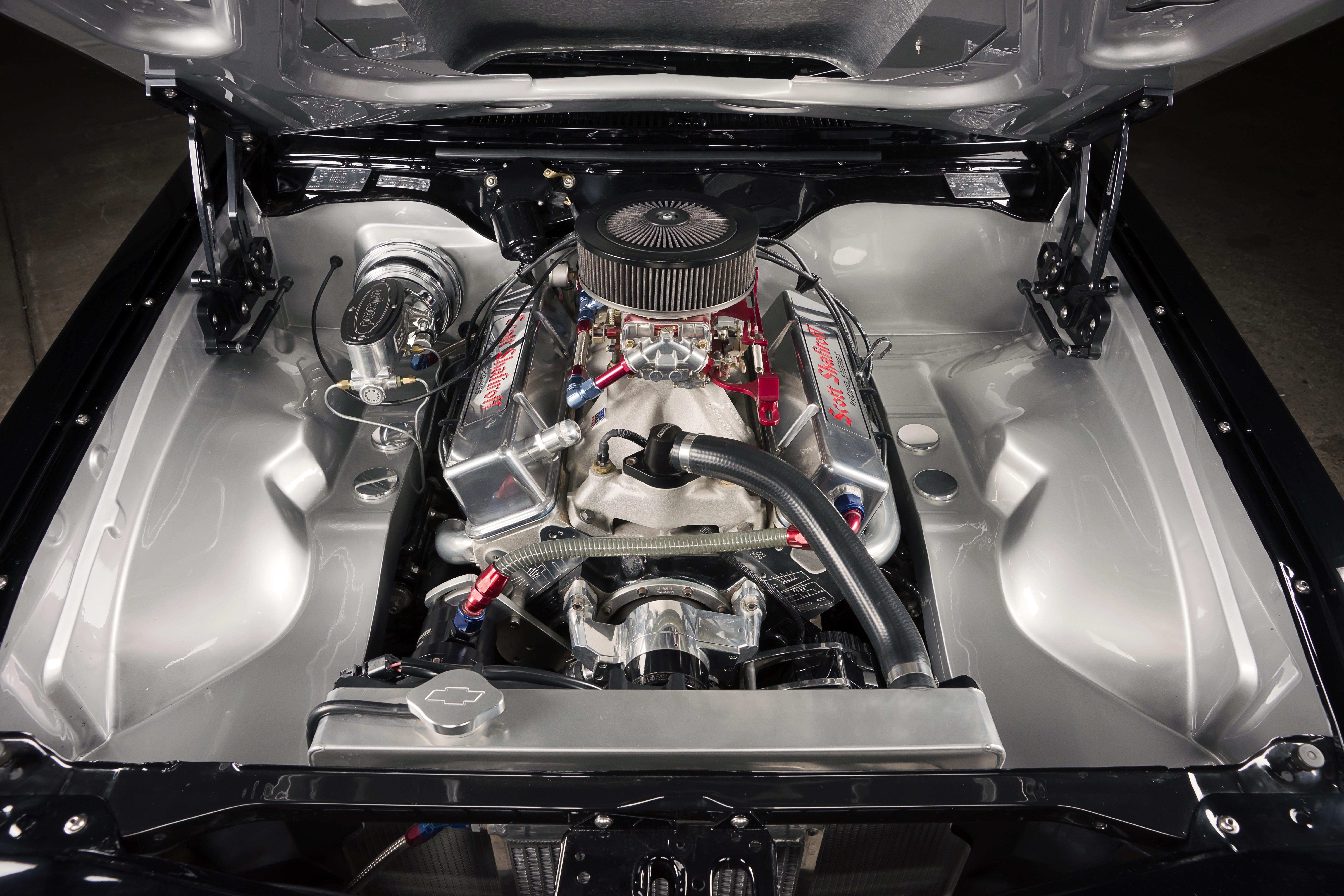 With all those extra horses raring to go, it was inevitable that the rest of the driveline was going to require some attention, so Steve got to sorting that out too. Sourced directly from the States is a Coan Turbo 400 box with an SFI flexplate. Phil Purser from Final Drive Engineering got the call, and it wasn’t long before he delivered the goods – a 9-inch with 35-spline axles and a Strange centre. 3.7 gearing suits the Torana just fine. 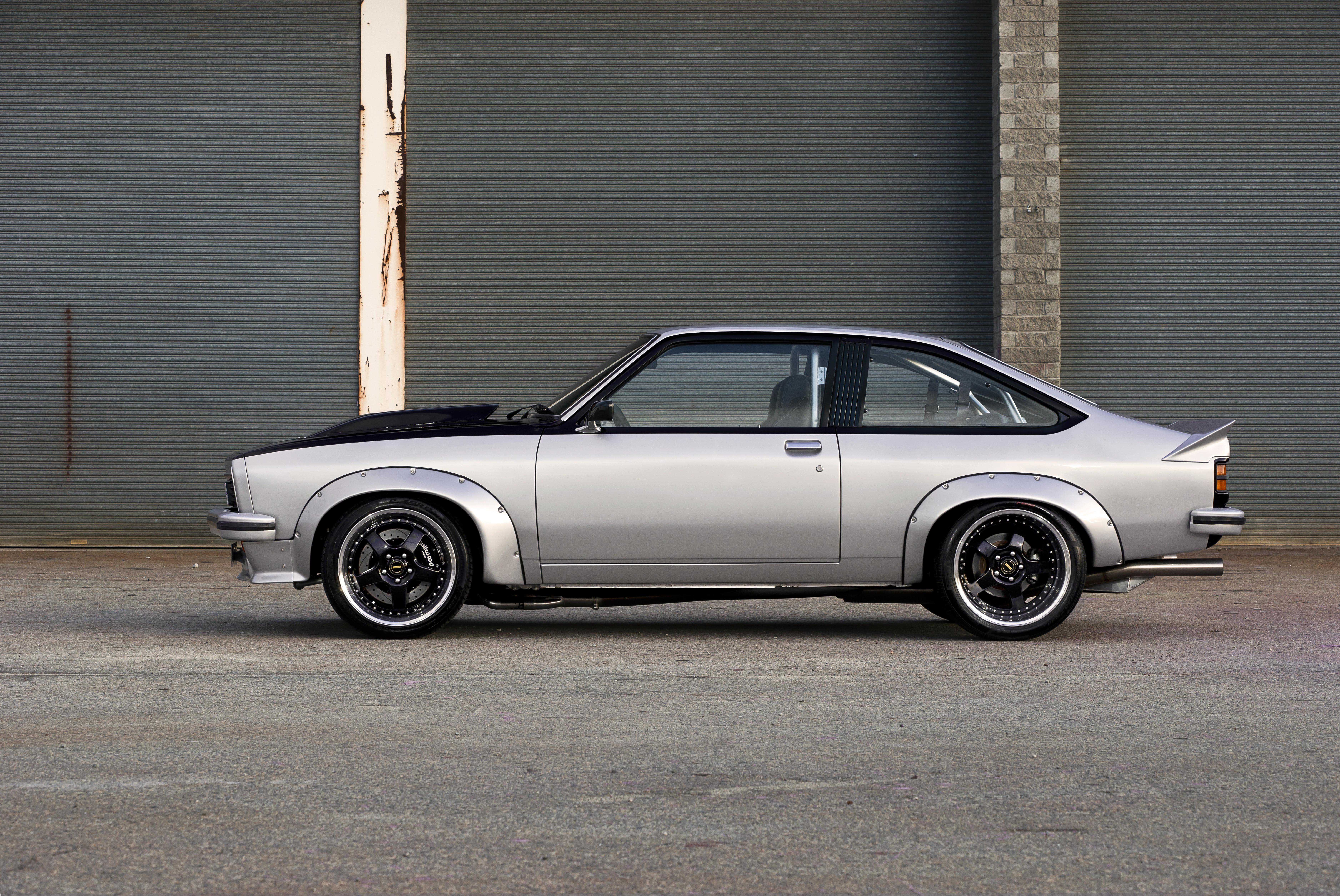 There wasn’t a hope in hell that the old brakes were going to stay, so Steve fitted 330mm Wilwood discs on the front as well as VS Commodore discs to the rear. The increased size in the rotors meant that it was out with the old B45 Simmons and in with the new FR Simmons.

Adam from Cronic Customs came down to measure the car up correctly and really maximised the offsets for the very best look possible. 18x7s on the front and the ball tearing 18x11s on the rear certainly make the car stand out. Those Pirelli P Zeros look so phat on the rear too – slightly stretched, the 315/30s look perfect. 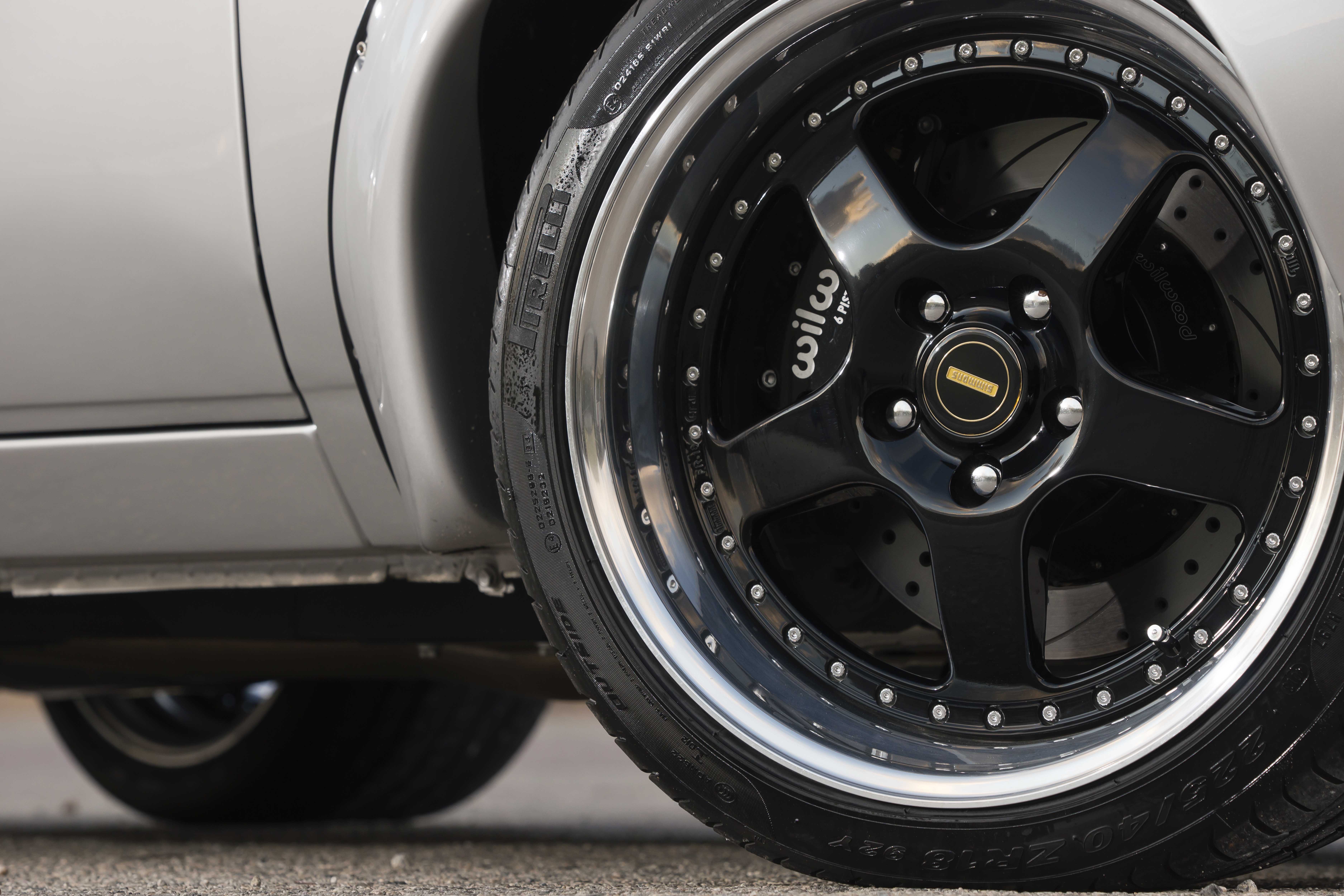 To fit such big rubber on the back, the car was cheekily mini-tubbed and had the chassis slightly notched by Clint at SRM. The rest of the chassis was strengthened from front to back. Stance wise, the car looks spot on. That low, slammed look is achieved by top of the range gear. Koni shocks and King Springs with a Whiteline sway bar are mounted up front with QA1 coilovers on the rear. 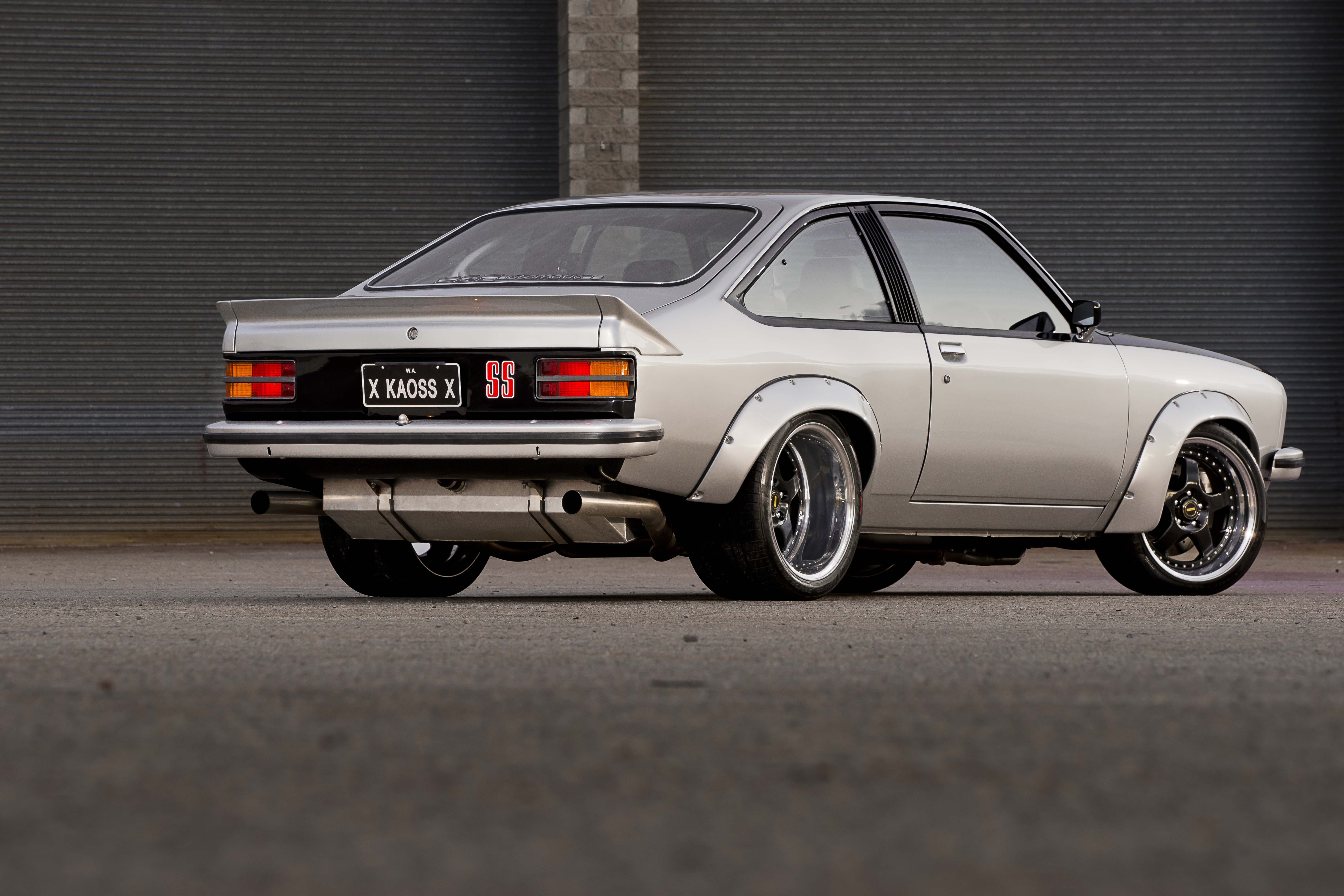 A touch of class

At this stage, Steve was well and truly overseeing the entire project for Shane, so he decided it was time for the car to get some much-needed attention on the panel work and paint side of things. Between the two of them, the decision was made to give the car a touch of class to contrast with all that aggressive power.

The clean Quicksilver colour was combined with the blackouts on the upper part of the body. A simple idea yes; but why mess with perfection, right? A complete A9X body kit was subtly modified to suit. The engine bay received a smoothed firewall, and a bundle of ugliness was ground out, welded over and smoothed off. Those inner guards look as sexy as these days; in fact, the whole engine bay has it going on! Todd from Pro Street Polishing stepped up and gave the car a once over to make it really shine like a diamond once it was all back together.

Design concept of the interior

Steve really did have some influence on the design concept of the interior, and he scored 10/10 in my books. Shane suggested a more modern feel with a slight mix of race in there, and Steve delivered. “I had a bundle of ideas written down and then showed him a photo of the VE HSV GTS seats. I suggested we go two and two and he was all for it” explained Steve. 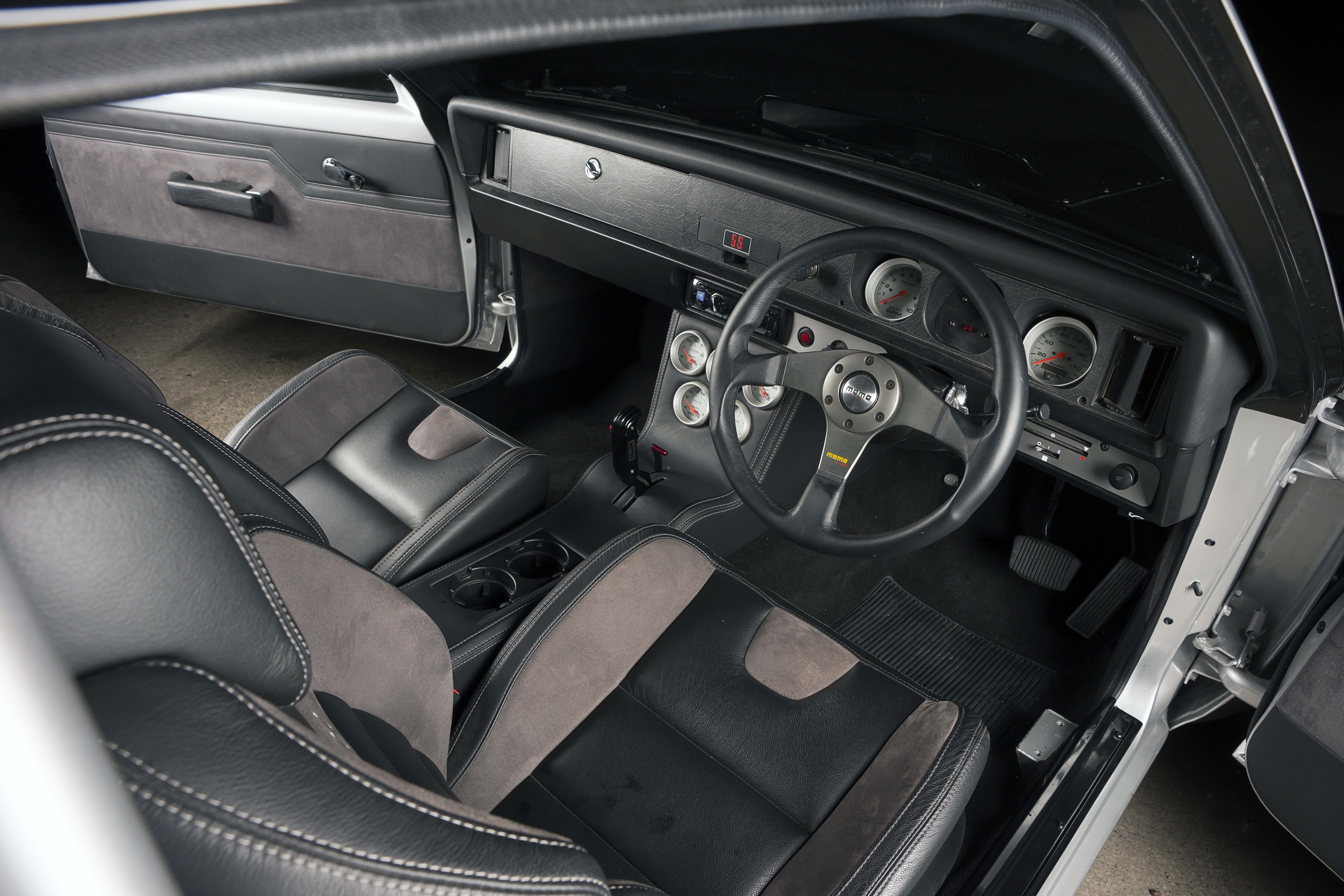 The job was then entrusted to the pros at Trimcare. The modern seats were re-trimmed in a tasteful combination of leather and suede. The factory door trim pattern has been retained but updated with the new materials. A custom centre console splits the bucket seats from front to back. Within that console are the Autometer gauges, a pistol grip B&M shifter and a set of cup holders too. A custom 4-point roll cage with removal bars was fabricated by S&E and has been painted in the same silver as the body. The interior adds even more class at the overall feel of the car. The effort in there does not go unnoticed. 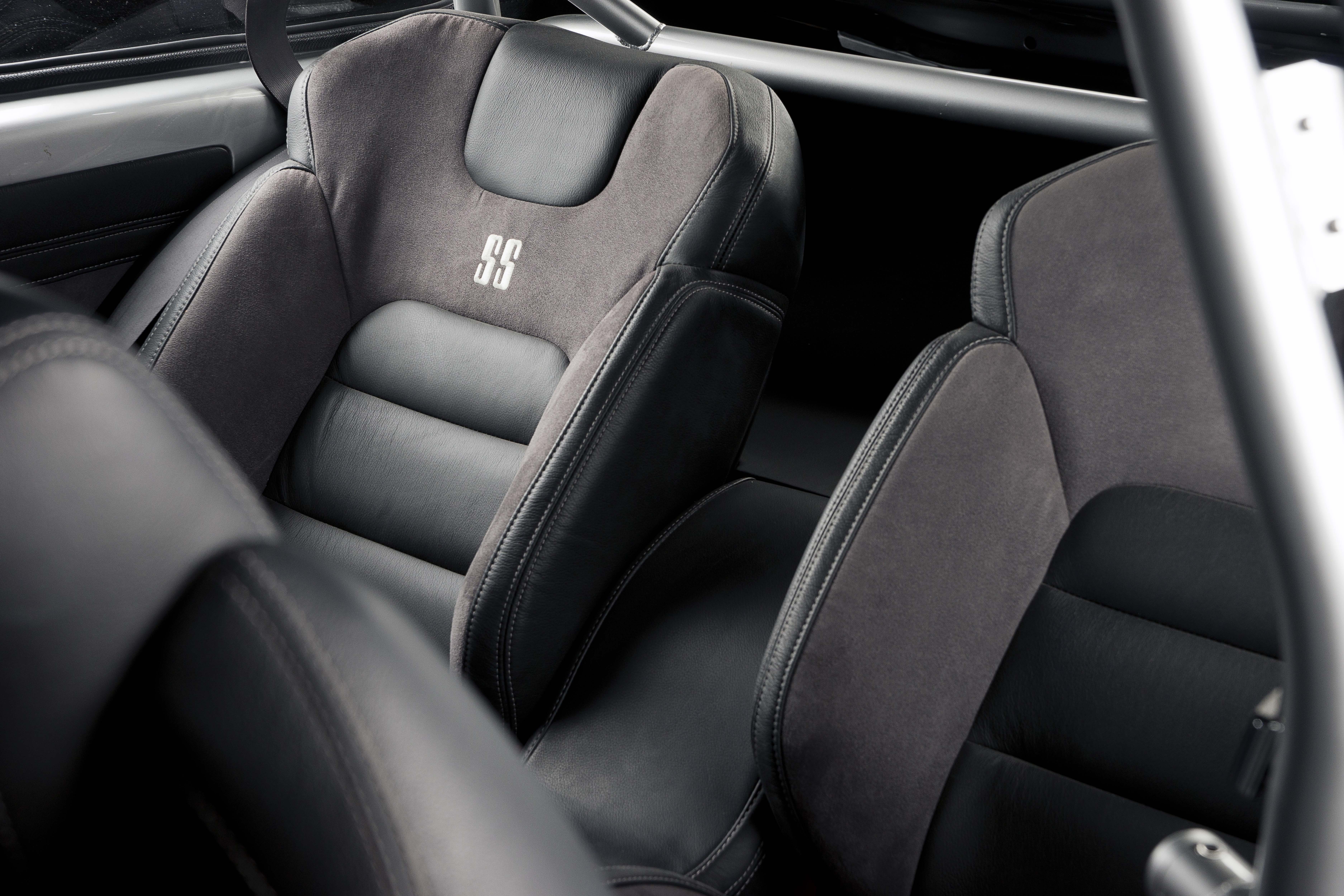 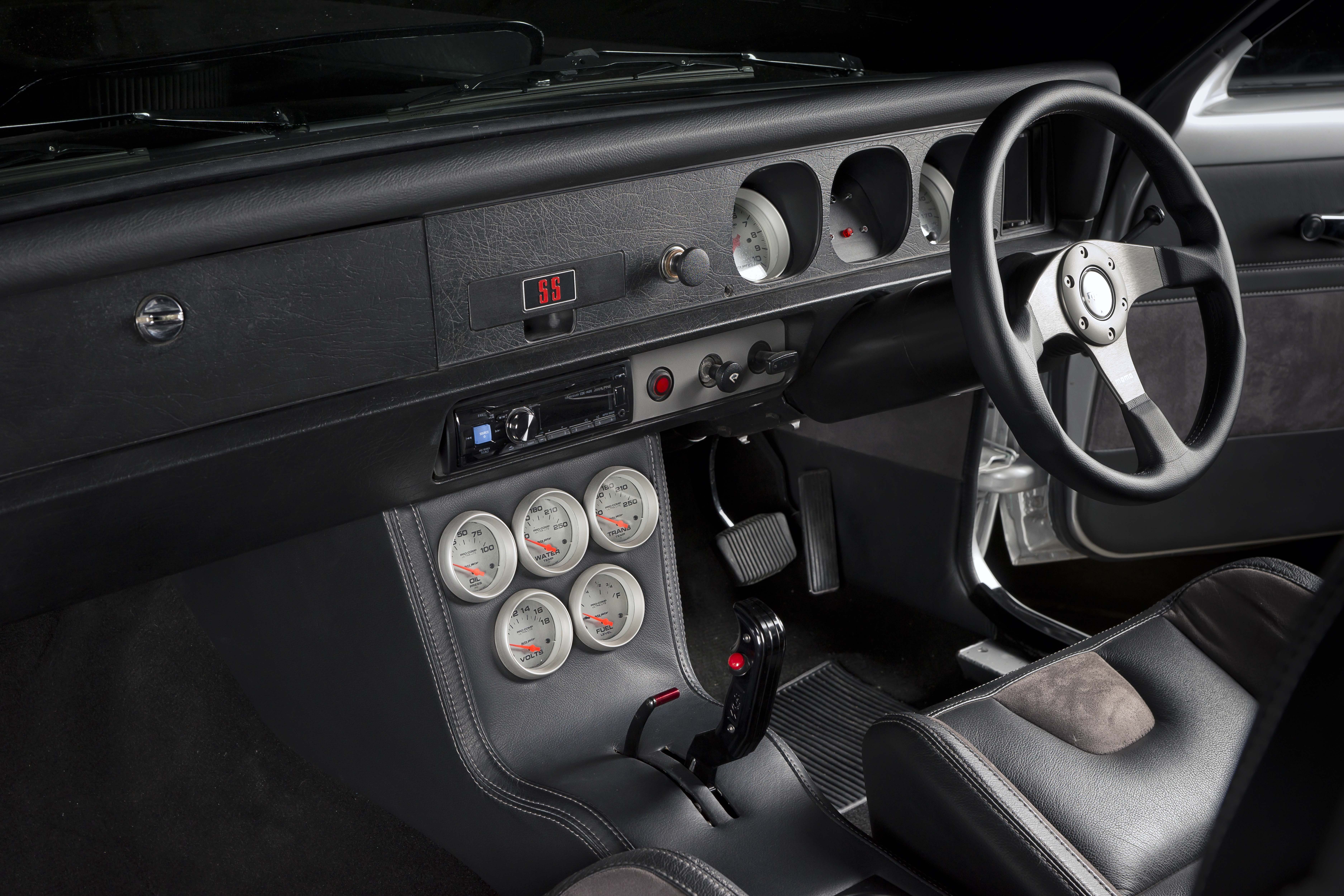 When I stand back and admire the car, I see a real Pro Touring vibe going on. Sure it doesn’t pack a manual gearbox, but it has that slammed stance over the big wheels, the big brakes are there for a purpose as is the bitchin’ driveline. It has power, class and incredible looks. 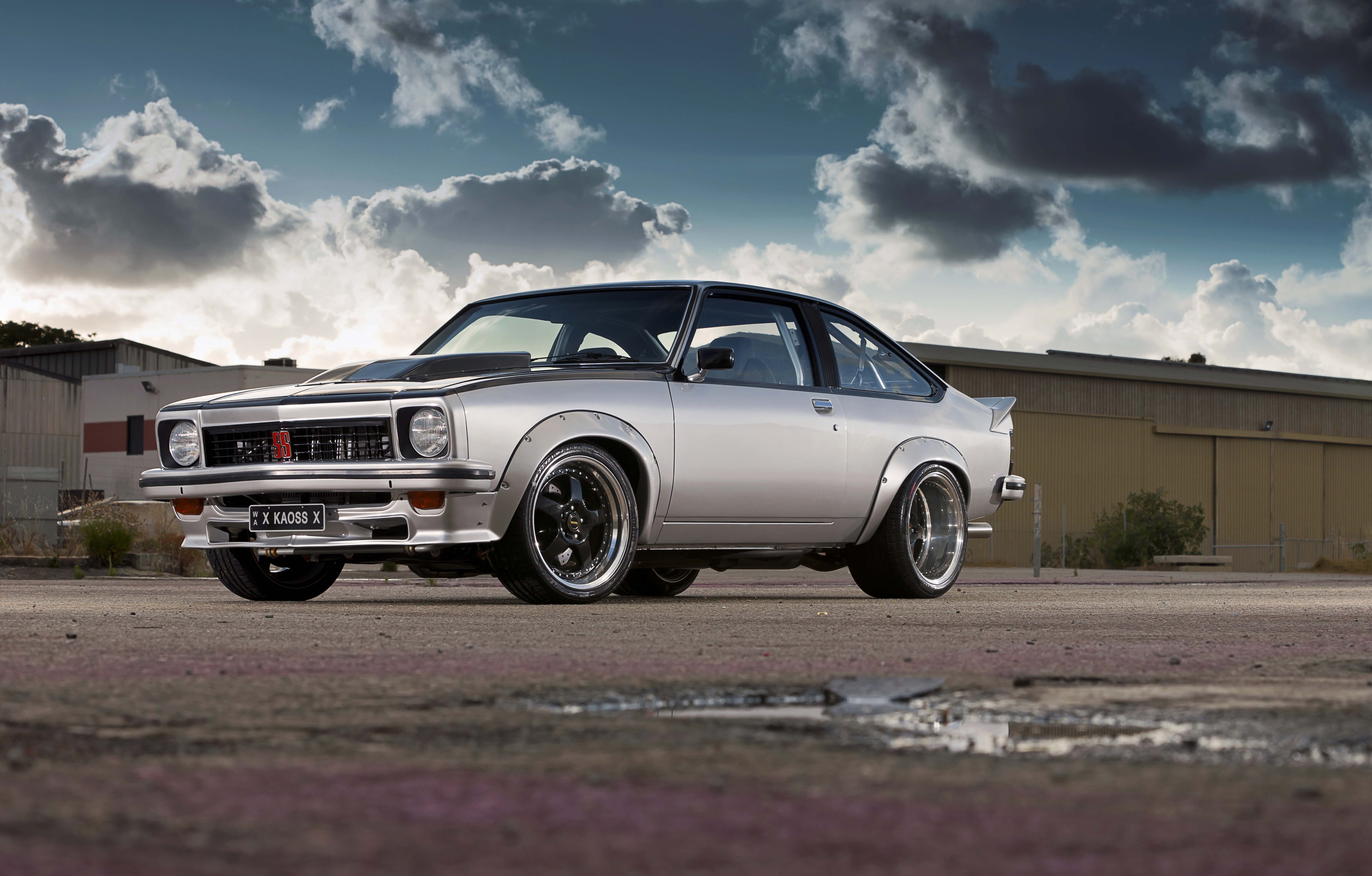 When I quizzed Steve, he had a different take “I really am proud of how the car has turned out. It really has evolved and developed into an incredible machine and has become more than Shane could ever imagine. I have been lucky enough to drive the car a fair bit, and it really is a tough car.

People love the looks, and the car does pack some real punch. I think it an ultra-tough, Aussie muscle car. It is a classic. Cars like this will never go out of style” Well, I have to agree with you on that mate, especially the last bit, you got it bang on.