The fifth round of the 2021 Repco Supercars Championship begins today with the two opening practice sessions of the Merlin Darwin Triple Crown at Hidden Valley.

Drivers will take to the track in Darwin’s winter temperatures above 30 degrees in today’s two sessions, gearing up for a tough weekend of racing that could have major implications for this year’s Championship.

After dominating the opening rounds of the year, Shane van Gisbergen holds a 190-point lead over his Red Bull teammate Jamie Whincup heading into this weekend.

Chas Mostert is third and Will Davison, who will race with a special Indigenous livery in the #17 Shell Mustang is the best of the Ford drivers in fourth position.

Davison’s teammate Anton De Pasquale, who will also race with an indigenous livery this weekend, won his first career race in Darwin in 2020. 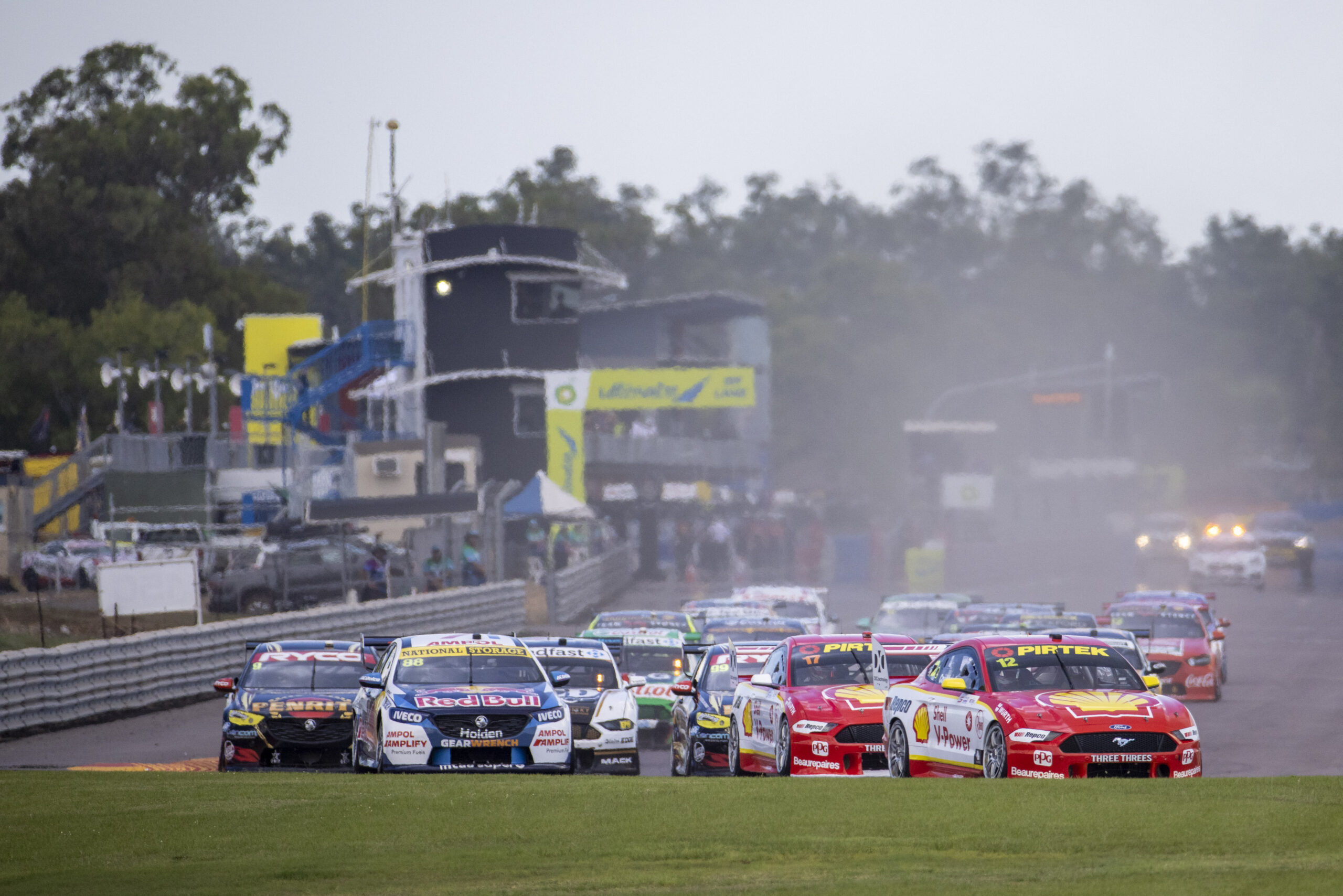 It will be a busy weekend at Hidden Valley with three races over two days (one race Saturday, two races Sunday) set to determine if a Triple Crown winner will be awarded in 2021.

The event will be broadcast live on Fox Sports and the Seven Network and streamed on Kayo.

Opening practice for the event begins this morning at 11:25am local time.