A FOUR-WAY fight for the Paynter Dixon Touring Car Masters series will see the title go down to the wire at Sandown Raceway this weekend.

Competing at the Supercars Championship’s ‘retro round’, the pitched TCM showdown will see a 1969 Ford Mustang take on a 1974 Holden Torana and a pair of 1969 Chevrolet Camaros in what is shaping as one of the most competitive title battles in series history.

The TCM point score is calculated on the basis that competitors can drop their two worst championship race scores plus their worst Trophy Race result across the course of the season.

Before the worst races are dropped, Steven Johnson leads Ryal Harris by 100 points in the championship however the margins compress once the corrected scores are taken into account.

It means that reigning and two-time champion Johnson’s challenge for a three-peat actually commences with an 80-point lead over old rival John Bowe (Paynter Dixon / PAYCE Torana), rather than Harris, on corrected scores.

On corrected scores, 135 points cover the top four with 200 points in total up for grabs across the Dometic Trophy Race and three final championship races of the season this weekend.

Johnson and Bowe have each dropped one non-finish (zero points) from their corrected score, while Harris’ consistency and lack of non-finishes has seen him drop the most of anyone in the top four to this point. 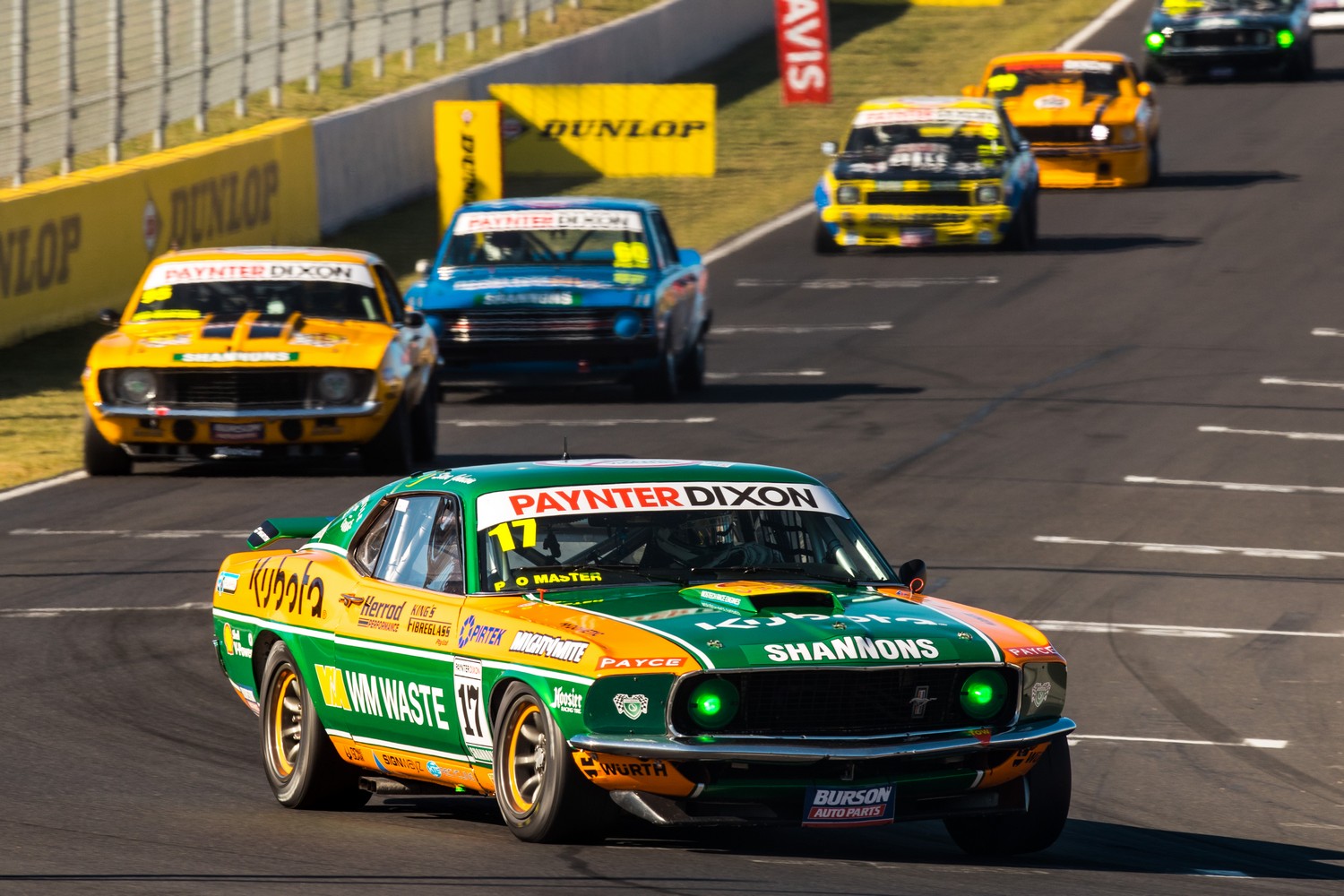 The calculations could change, however, following Sandown’s races which will likely ensure the title will head into the final race of the year for the third year in succession.

The closest season on record came in 2017, when the top four were covered by just 99 points following the final round: Johnson edging Bowe for the title by just 11 points in a tense Newcastle finale’. That year, Adam Bressington and Ryan Hansford were also within close proximity.

Last year the No. 17 Mustang won by a slightly more comfortable 59 points, again over Bowe.

Only Bowe has won more than two Paynter Dixon TCM titles, sweeping the 2014, 15 and 16 series in a back-to-back-to-back sweep.

Johnson stands as potentially only the second driver in series history to achieve the three-peat, should he win this weekend, while Bowe would net his sixth title should he prevail.

Neither Harris, in his maiden season, or Adam Brassington have won the TCM title before – though Bressington is a former ProAm class champion for Whiteline Racing.

The joker in the pack could be Aaron Seton, who could not only take points away from the outright title contenders but throw himself into contention for the ProAm class title in the process.

Seton, who wrapped up the TA2 series title in Queensland at the weekend, sits in eighth outright on corrected scores and while he can’t win the outright title could still steal the ProAm class should things go his way.

In what is presently an all-Holden Torana battle, Jim Pollicina currently holds a corrected lead of just 67 points over Ryan Hansford in TCM’s ‘race within a race’, with Seton 96 from the class lead.

Cameron Mason and Bruce Williams, both sit 24 points further behind Seton and remain in mathematical calculations.

Allen Boughen holds a commanding lead in the ProSports class title heading into the final round, sitting a commendable 14th outright in the overall standings on corrected scores.

A 26-car field will tackle the final round of the 2019 championship this weekend alongside the Penrite Oils Sandown 500.

Danny Buzadzic (A9X Torana) returns following an engine failure in Sydney, while Andrew Fisher will continue his campaign behind the wheel of the second MoComm Communications Torana owned by Jim Pollicina, with repairs to his Falcon GTHO ongoing.

Touring Car legend Rusty French, fast second-generation Sydney driver Jamie Tilley and local racer Damien Gambold, in his XD Falcon, also return to the grid while Adam Garwood returns for his third event behind the wheel of the Whiteline Racing 1970 Chevrolet Camaro, having already scored a brace of podium finishes at Winton and Queensland Raceway earlier this year.

Following the Trans-Tasman Trophy event at Mount Panorama, the Paynter Dixon Touring Car Masters field returns to a more traditional format this weekend: Practice and Qualifying on Friday to be followed by the Dometic Trophy Race and two of the three championship races on a busy Saturday.

The final race, to also be broadcast on Channel 10, will be held on Sunday morning.