The Greens Tuf XE Falcon is one of our country’s most iconic cars with a story that shows true Australian spirit!

Dick Johnson’s 1983 Bathurst 1000 race began the day prior when his famous GREENS TUF XE Falcon made contact with the wall at Forrest’s Elbow and crashed out during the Hardies Heroes shootout for pole position.

In arguably his team’s finest hour a replacement Falcon was sourced (Andrew Harris’ ex-Bob Morris car), and the rebuild began. In the last minutes of a cold Saturday night a crowd of dick Johnson fans gathered watch one of the miracles of Mount Panorama.

The rebuild was going to take them all the way to the start line. The team were faced with the challenge of working in such a small space with so many people.

They were also trying to introduce all the development from the crashed car that they had found over the year and put it into a car that was a year old and hadn’t had any development since.

The new Greens Tuff was freshly repainted green with the #17 added to it. Dick Johnson made it out onto the track just in time to take up 10th place on the grid.

This achievement will always go down as one of the most memorable moments on the mountain. It was a true display of the Australian spirit. An interview years later with Peter Brock summed it up best.

“There are a lot of teams & a lot of people around these days who will drop the ball when things aren’t going their way. I have never belonged to that way of thinking and I am sure Dick hasn’t either. You get out there and you give it your best shot. Come what may rain, hail or shine you get out there and use whatever you can to deliver the goods. Dick did that.” 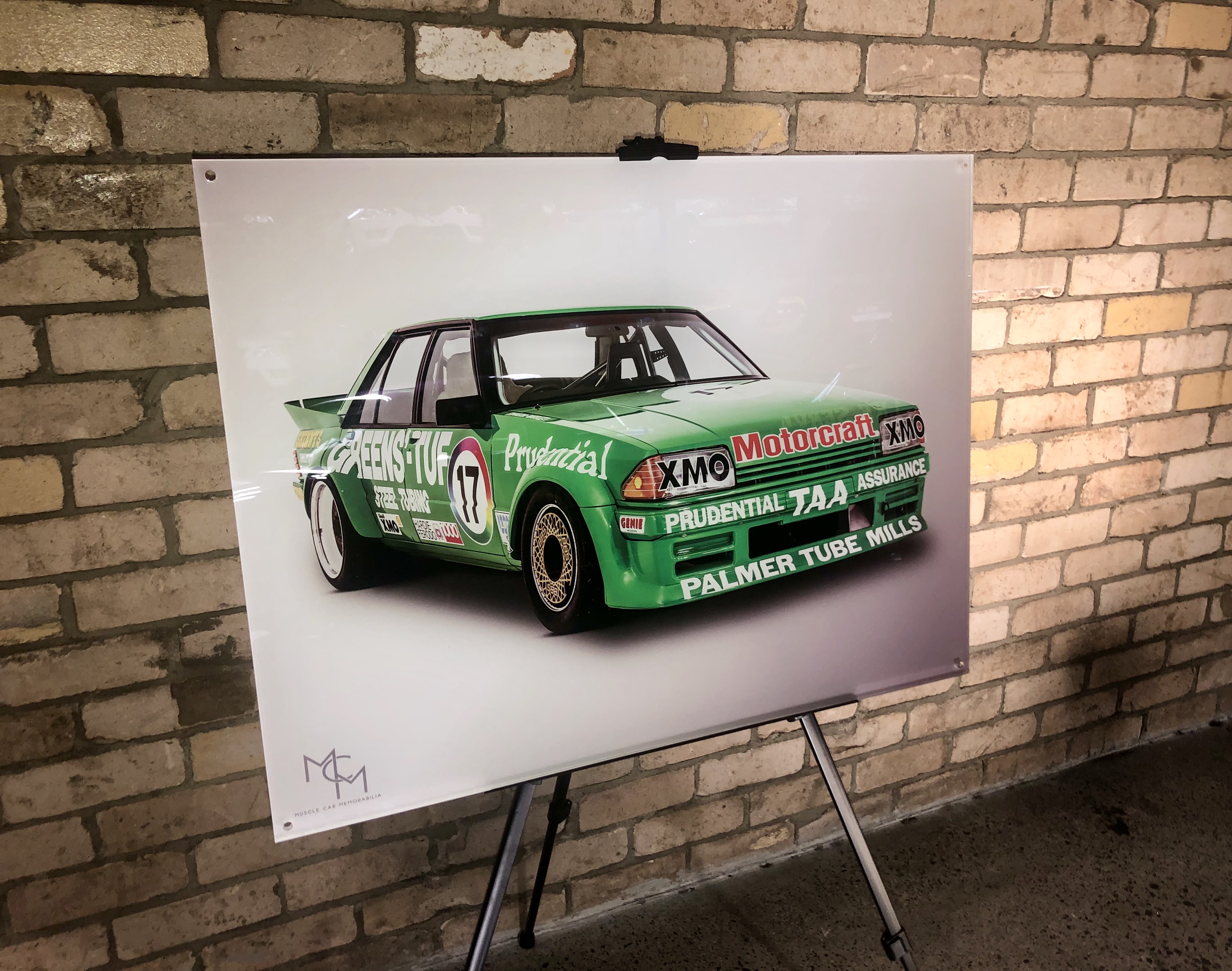 Now almost 36 years on, that exact car and piece of Australian Motorsport History sits amongst a collection in Melbourne.

We caught up with up with Jacob & Harry from Muscle Car Sales check out the Genuine Dick Johnson Racing Greens Tuf XE Falcon and hear the beast fire-up.

Like our page for the latest stories, news and videos in the world of Australian Muscle Cars!