Sentimental value is a bit of an understatement when describing the attachment that Laurie Watson has for his immaculate HQ Monaro Coupe.

His father Frank purchased the car brand new from the Sydney Atkinson dealership here in Perth in 1975 and never parted with it. Before passing away around ten years ago he made sure that Laurie was going to hang onto the car and bring it back to its former glory.

A labour of love

The result you see before you has been a labour of love, a dedication to a man and a true effort of patience. Like most builds, there are dramas along the way, Laurie has had his fair share but being the time of guy that he is, he kept moving through them to achieve the final quality result that he had dreamt of and something that his father would be proud of. 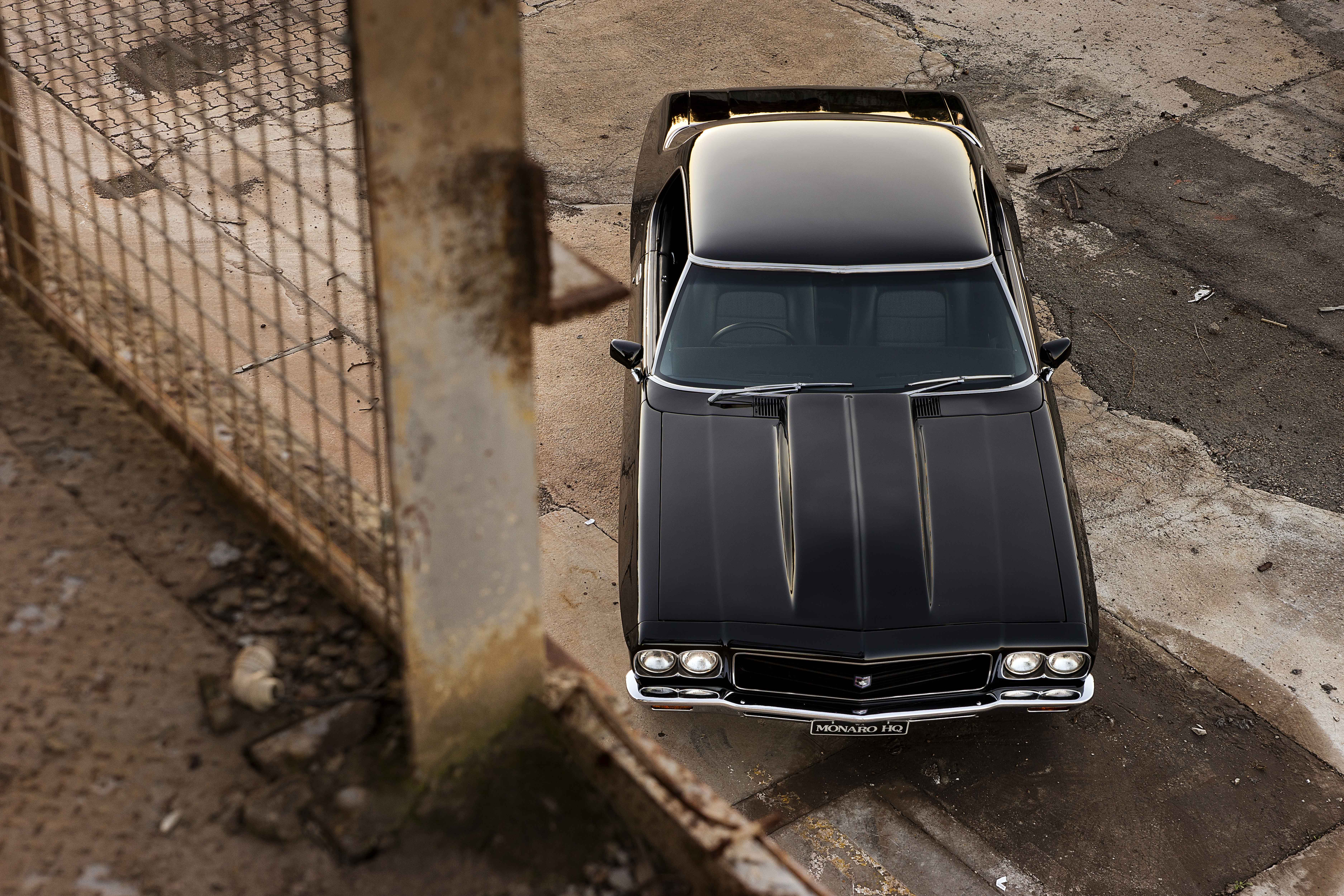 “I held onto the car and often looked at it but I was certain that the car just couldn’t be rebuilt. It was fairly knackered and I had pretty much given up on the idea of doing something with it until my good mate Mark Smith convinced me that I had to start it and do it for my old man. I knew it would take a lot of effort, so I made a budget and eclipsed that pretty fast. Like they say, once you start you can’t stop” Laurie said.

Back to bare metal

The car was stripped and the body received some major attention from the boys at A-Z Panel & Paint in Kalgoorlie. The car was taken back to bare metal and then eventually sprayed in the only colour a muscle car should be painted in (according to Laurie) – black. 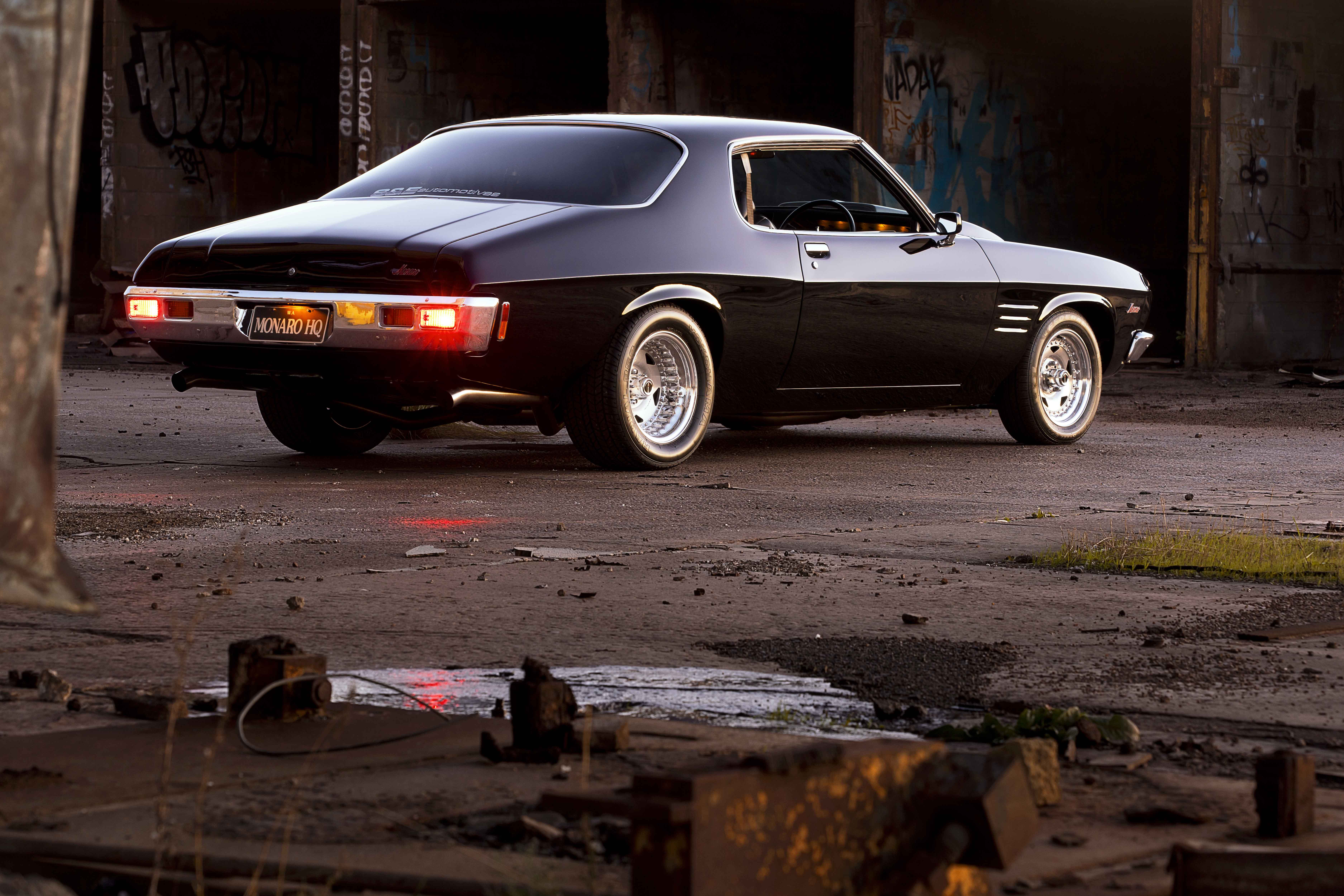 Vinci Chrome was responsible for all the new brightwork and what better way than Convo Pros for the car to roll on. I short while into the build Laurie soon discovered that working away and with several other commitments on the go, he didn’t really have much time to finish the big coupe.

“I had heard great things about Steve and his team and after stopping off at his shop I noticed two very important things – the place was immaculate and the cars he was turning out were all top-shelf.”

“From then on, Steve became in charge of the project. He took over and did an amazing job for me. I can proudly say that it started as a business transaction that turned into a genuine friendship. That was the best part of the HQ Monaro build.” With Steve in charge of the reigns he set upon getting the car sorted for Laurie.

The original motor that Laurie had picked up from the States wasn’t the best bit of cast iron goodness that Chevrolet had offered so Steve suggested that they check out what was on offer from the legendary Shafiroff stables. It wasn’t long after that a big block was headed to our shores.

The Dart block was filled with a Scat crank and JE Pistons and topped with a set of Brodix heads. A 950 Quickfuel carby rests on an Edelbrock manifold and the motor is dressed up with a March pulleys kit and plenty of show-stopping detail – it is pretty damn impressive under the hood actually. Norm Butler took care of the custom exhaust system and Steve estimates that the HQ has to be pumping over the 500hp mark with ease.

To handle the new engine combo a Coan trans and converter from the states was purchased and sends the ponies back to a TruTrac fitted sheet metal 9-inch diff with 3.7 gears. Big Wilwood discs are fitted upfront with Commodore units on the rear whilst the suspension category features the names Koni and Pedders.

Laurie decided to make things a little more refined in the cabin and opted for the Houndstooth upholstered seats to work with the rest of the reproduction trim items he purchased from Rare Parts.

A carbon fibre dash fascia is fitted with a Vintage Air controller but the rest of the cabin is pure GTS and looks damn fine.

After an extensive 18-months spent at S&E and around 40-months in total for the build, Laurie’s HQ Monaro debuted at Motorvation a few years back now and floored the Aussie muscle enthusiasts. The attention to detail and the build quality is second-to-none and a true testament to the ethos the pair share for the build. The HQ snared a Top Ten trophy and was well and truly appreciated by the judges.

“It is amazing the feeling that you get driving the car. It brings back a bundle of memories of my old man and the time I spent growing up as a kid with him.”

“The plan is to eventually pass on the car to my son when the time is right so that the next generation of my family can enjoy it. The car is a piece of history, a piece of my father and now a piece of me.”

This blog was photographed and written by Jordan Leist. Jordan is an established automotive photographer based in Perth, Western Australia, who has over 12 years experience in the game. To highlight the best of your vehicle book Jordan for a professional photoshoot. Check out the information below or go to jordanleist.com