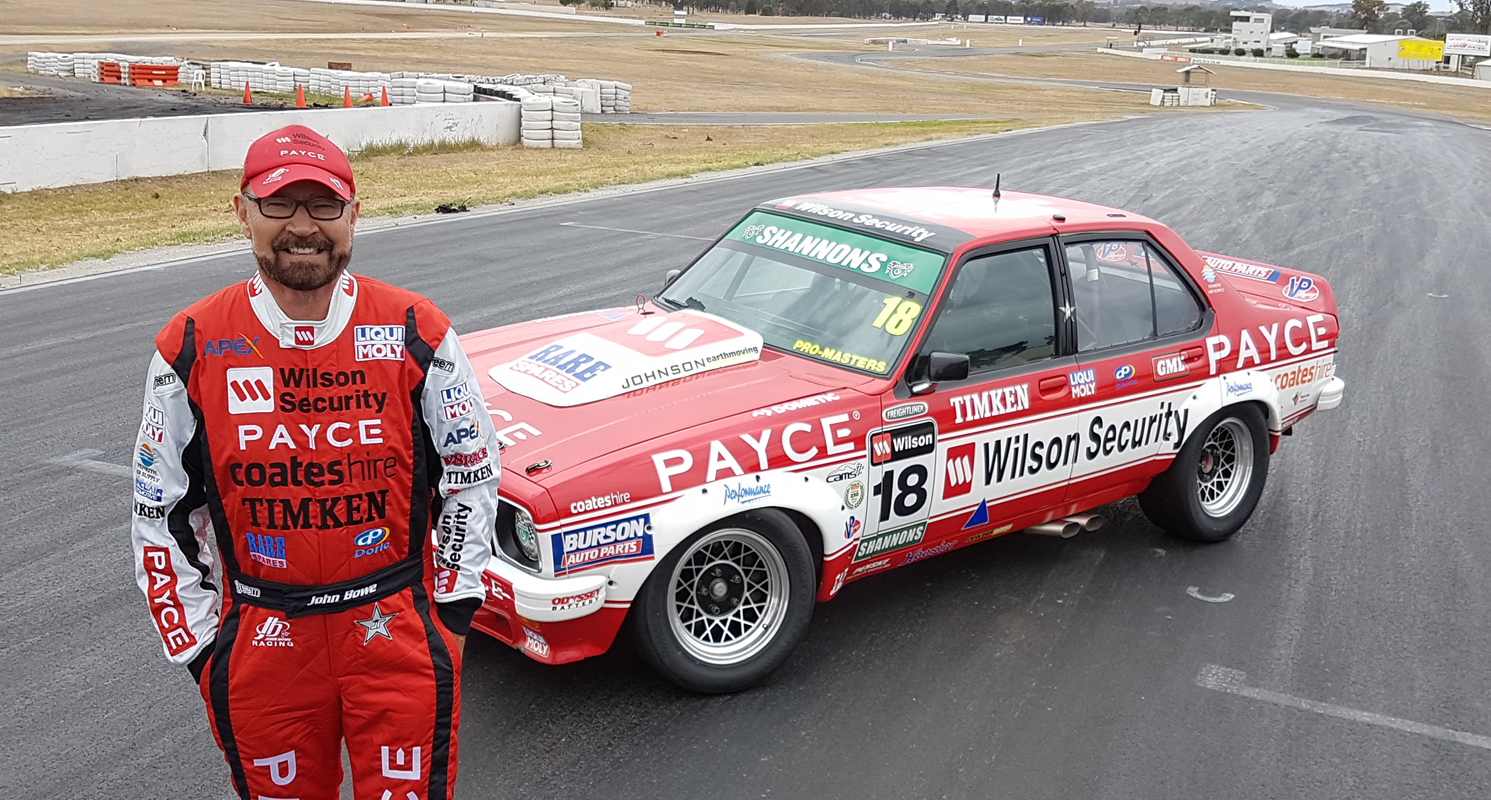 The Holden Torana driver edged out last year’s Newcastle polesitter Ryan Hansford to take the 50th pole position of his TCM career and continue to maintain the pressure on championship leader, Steven Johnson.

Bowe was competitive from the outset and jumped to the top of the charts early in the second half of today’s 20-minute qualifying dash, before extending his margin later in the session to lock in top spot. Not only did the pole position break the longest streak without a pole in his TCM career – five rounds – it was also the 71st time that he had qualified first or second in the category.

Bowe trails Johnson by 59 points in the TCM title race and will require every point he can get to overhaul his old rival this weekend. His cause was helped by Johnson missing out on a spot on the first two rows – the Team Johnson Ford Mustang driver having to settle for fifth position.

Johnson missed the front row by just 0.13 seconds however the competitive nature of the session ensured that three other cars sat between he and pole man Bowe. Hansford qualified second, continuing his good form on the Newcastle street circuit after grabbing pole last year. The laconic Queenslander’s qualifying result was even more impressive given the troubles his cloest ProAm class rivals endured: Tony Karanfilovski qualifying 13th and Cameron Tilley 15th in the Valliant Pacer. 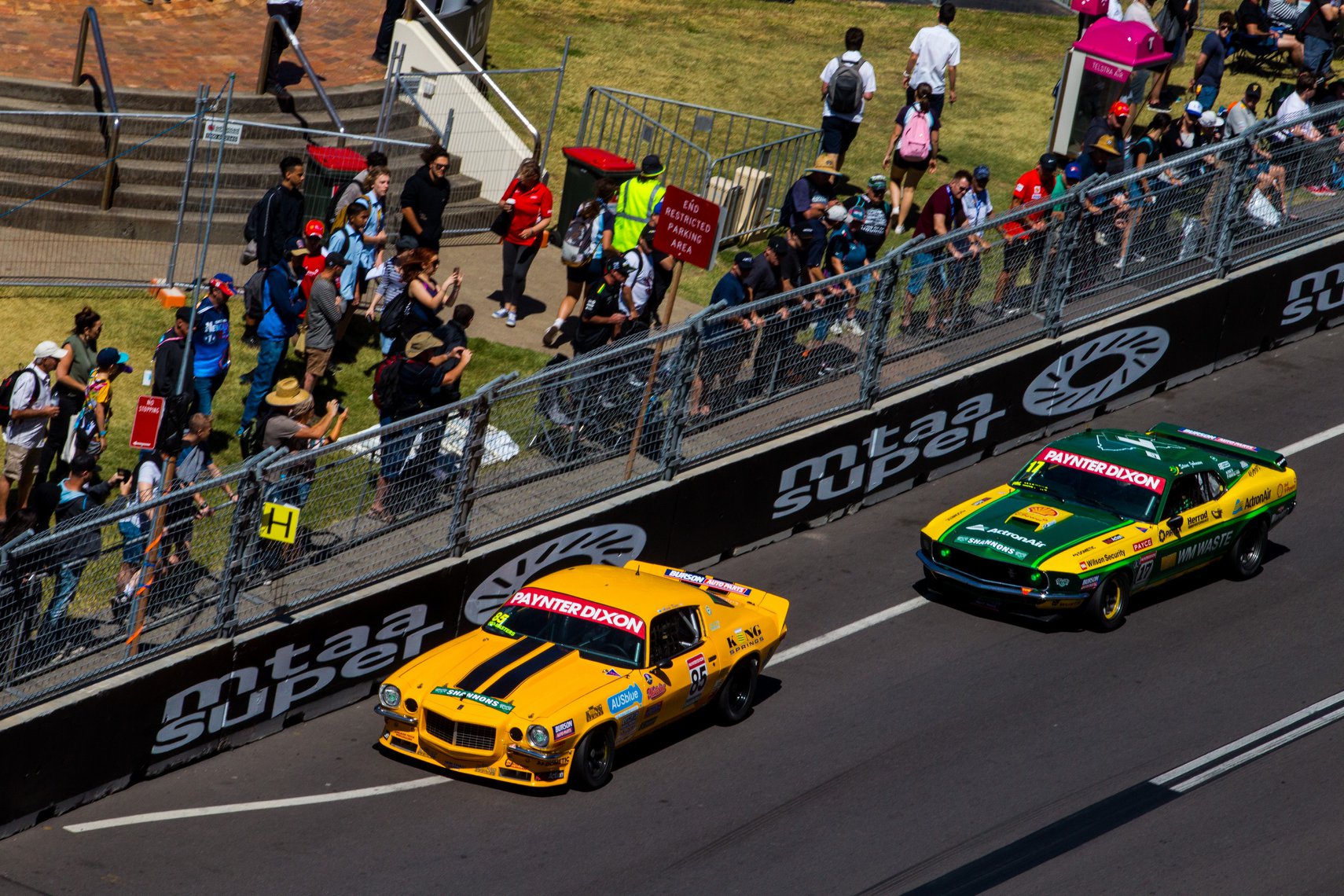 Tilley leads Hansford by 42 points in the ProAm Championship chase while Karanfilovski sits one point further back – the qualifying results setting up a potentially thrilling finish to the class championship across the weekend, with Hansford now in the box seat. He edged out Adam Bressington for a spot on the front row; the Whiteline Racing Camaro driver spectacularly hustling the No. 95 car throughout the session. Bressington held provisional pole early but was shuffled back by the flying Torana’s later in the session.

Jason Gomersall starred en-route to fourth place, banking his 1m18.58s on just his second lap to lock himself into the top group of the field and, ultimately, fourth. Just 0.13 seconds covered second, third, fourth and fifth while Gomersall’s 1m18.58s lap was impressively more than one second faster than the time he banked in qualifying at the venue twelve months ago.

Sixth was Rob Hackwood’s Wellpro racing Pontiac Firebird, an impressive return to the front of the field after engine dramas shortened his Bathurst weekend. The team only started the car on Tuesday before making the trek to Newcastle, sixth position a strong return for the Queensland-based outfit.

Andrew Fisher qualified seventh in the Jesus Racing Falcon GTHO, while Jamie Tilley outqualified both his Dad and Uncle to be eighth in his ’64 Ford Mustang. Local Hero Cameron Mason qualified ninth while Brad Tilley rounded out the top-10 in his Falcon GTHO. Leo Tobin qualified 11th and topped the ProSports field with championship leader Jim Pollicina 16th in his Torana.

The Dometic Trophy Race and Race 22 of the championship will be contested tomorrow.