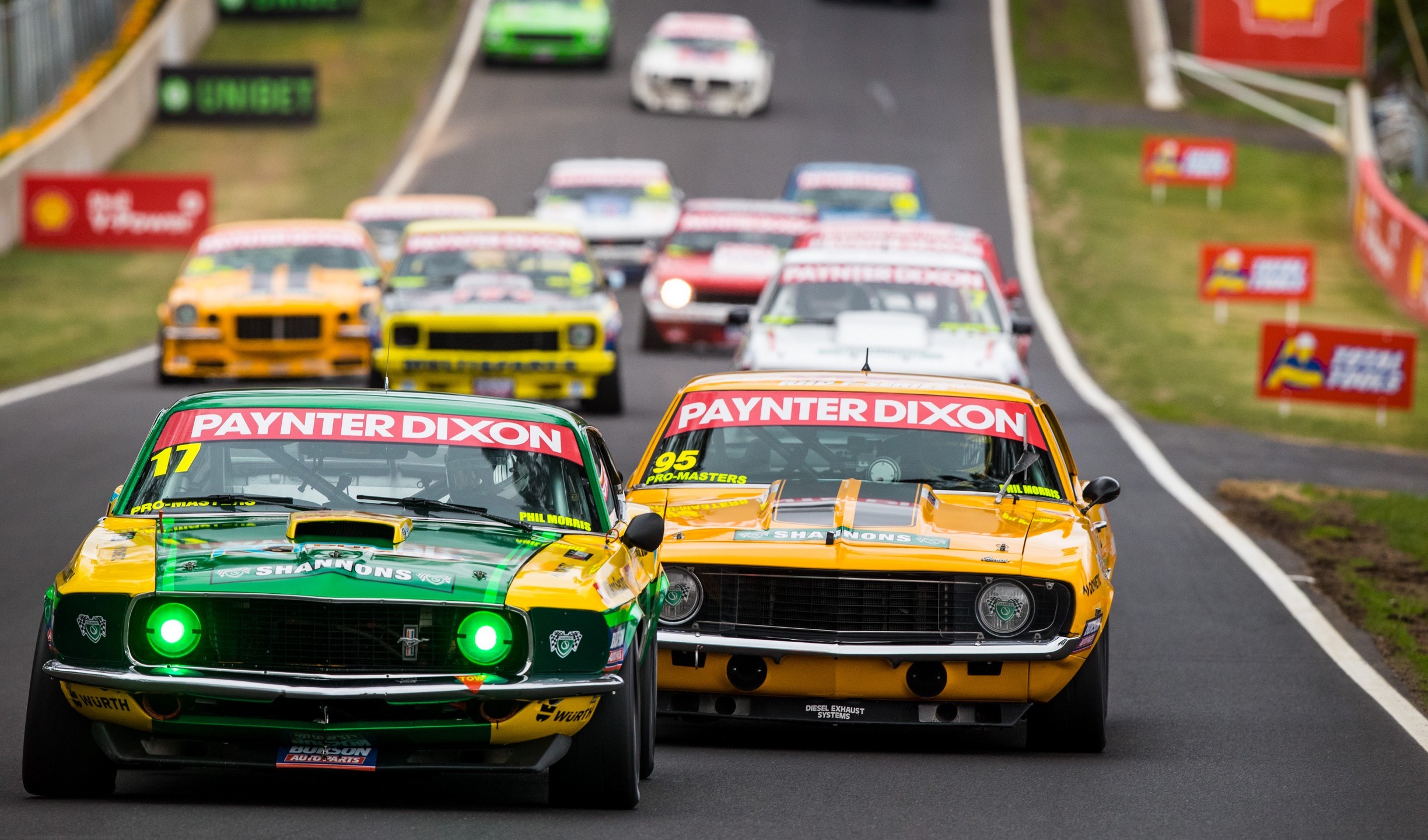 PAYNTER DIXON Touring Car Masters drivers have spoken of their excitement to return to Mount Panorama, as the sixth round of the series is contested at the 2019 Supercheap Auto Bathurst 1000 this week.

Australia’s TCM cars and stars will link with a 16-strong New Zealand TCM entry in a four-race program that will culminate in an Australia-v-New Zealand showdown on Sunday morning, as a precursor to the 2019 Great Race.

The first three races will be ‘regular-season’ points races, while the Sunday feature will see the Australian and New Zealand entries each take one side of the Bathurst grid for a proper head-to-head challenge race.

The Trans-Tasman trophy winner will be the nation to accrue the most points between their top 15 finishes in the Sunday race.

The anticipation is being felt throughout the TCM grid as some target championship points, others target a Bathurst win and others merely target a consistent weekend on Australia’s most challenging circuit.

The Victorian is in the midst of a competitive fight for TCM’s Pro-Am class this season and currently sits third in class, and seventh outright overall.

“These cars, being so fast and so powerful, it’s one of the great places you can drive them. The big fast, flowing tracks really suit the cars and you get to use all the power, all the brakes. The cars are awesome – there’s nothing nicer than clicking fourth gear at 240km/hr knowing you’ve got another 50 or 60 to go as you rocket down the straight.

“We’re still developing the car and we’ve made some big changes to it. I’m quite pleased with where we are – we haven’t had a particularly good run this year so to be where we are in the points is quite surprising.”

After a challenging period developing the still-fresh car, the Melbourne driver is slowly getting to grips with the Action Racing entry.

A strong result on the Mountain last year – he finished third in the final race – will also give the team hope heading into this weekend.

“It’s been a long road. Not having worked with these cars, it’s been about learning how intricate they are. My days in V8’s and all the Hi-Tec stuff, you have to throw out the window to go back to a leaf spring XD Falcon,” He said.

“There’s been some issues, like a vibration, but we’re slowly starting to iron them out and I think hopefully now we can slowly start moving forward. As a fan, as a sponsor, as a driver Bathurst is Bathurst – It’s the holy grail of Australian Motorsport.”

Meanwhile, Aaron McGill will be hoping for a slightly more subdued Bathurst weekend after last year escaping from one of the all-time great Bathurst ‘near misses’ at the end of Conrod Straight.

Approaching the chase at 280km/hr, McGill was forced to swerve to avoid a slower car – sending his Ranger Ford Falcon GT spinning across the circuit into the Chase.

Remarkably, no other cars made contact with the spinning Ford, nor did McGill hit anything.

“The tirst time up there with the TCM car didn’t end the way I wanted it to last year, with the spin down conrod straight!,” McGill understated.

“I’ve framed the old Undies! It was a frightening experience and how we missed everything is beyond me. I had nothing to do with it – we were really lucky!”

The experienced Super2 and Super Touring Bathurst veteran said there was nothing quite like racing a TCM car on the Mountain.

“I enjoy it more than in a Supercar! You haven’t got the aero so it’s a bit loose across the top of the hill, and it just screams down Conrod. You’ve got two less gears to worry about so it’s a bit easier on an old driver – it’s honking at the end of the straight.

“With all the other cars around you, you feel like you’ve stepped back in time. I love it. It’s the foundation of what has been built on since that point.

“To have these cars out there is great. They’re a bit ‘muscled up’ from what they used to be back in the day, but they honk – they’re a great thing to drive and the crowd love it.”

Camaro driver Ryal Harris, who won his first round last time out in Sydney, sits third a further seven points back. Adam Bressington, in fourth, and Jim Pollicina in fifth also remain very much in close company with the leaders.

Heading into the penultimate round of the year, the top five drivers are split by a rather appropriate 161 points.

The other driver to watch will be young-gun Aaron Seton, who since jumping aboard his Ford Mustang at Winton, two rounds into the season, has stormed to eighth in the championship thanks to two pole positions, four race wins and a round victory in Queensland.

Action commences on Thursday with practice and qualifying, with racing across Friday, Saturday and Sunday of the Great Race weekend.

Live coverage of every session will be shown on FOX Sports 506 and Kayo Sports, with selected races also live on Channel 10.