There is no denying that the Mount Panorama Circuit is on of the most unforgiving tracks in Australian motorsport. However, in comparison to street circuits on the world stage, just how challenging is the mountain? Today, we take a look back to 2011 when Jason Bright took 3-time NASCAR Winston Cup Champion Darrell Waltrip for a hot lap around the 6.213 km circuit.

Darrell Waltrip is a huge fan of V8 Supercars. Waltrip recalled when Aussie Marcus Ambrose went to the US to race Stock Cars. He considered Ambrose to be one of the best drivers he had ever seen when it come to road coarse races.

In 2011 he had the opportunity to attend the Supercheap Auto Bathurst 1000. An event that Darrell said was considered in the racing world, as one of the biggest races you can go to. 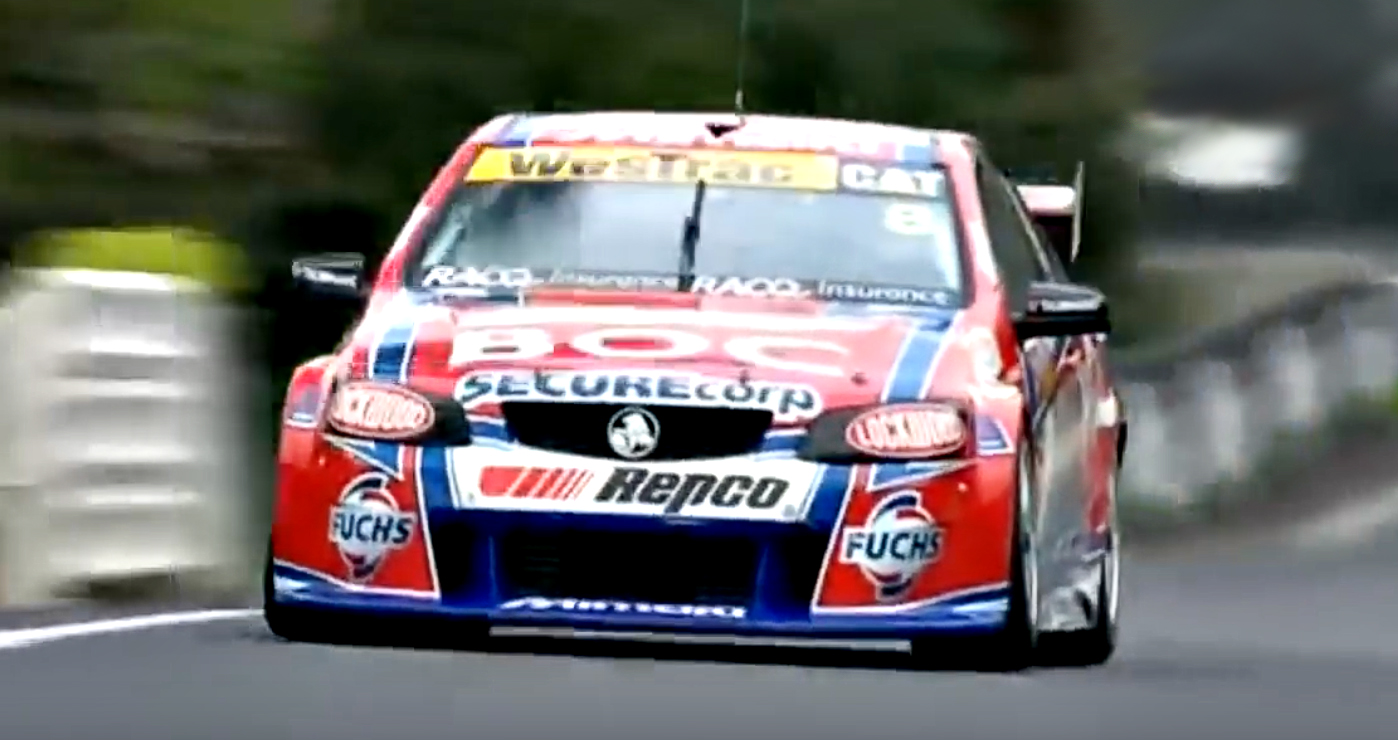 “This race track, television doesn’t do it justice. You don’t see the elevation changes. You don’t see how blind and tight the turns are, and how blindingly quick you come down Conrod Straight onto the chase. This is an amazing race track. The guys that do well here, there is one reason they do well… they respect this joint.” said Darrell.

Lets jump on-board with Jason Bright as he takes Darrell Waltrip for a lap around Mount Panorama in the Brad Jones Racing #8 BOC Holden VE Commodore. Check out the footage from Supercars YouTube Channel below.

If you close your eyes you can’t help but think he sounds a bit like Will Ferrell in Talladega Nights.

Like our page for the latest stories, news and videos in the world of Australian Muscle Cars!

Although his commentary may have been slightly exaggerated, it would have to be the most entertaining lap around Mount Panorama.

It also goes to show just how challenging the Mount Panorama circuit truely is, even in the eyes of a 3-time NASCAR Champion!

Read Next | Greens Tuf XE Falcon Lives On In Melbourne