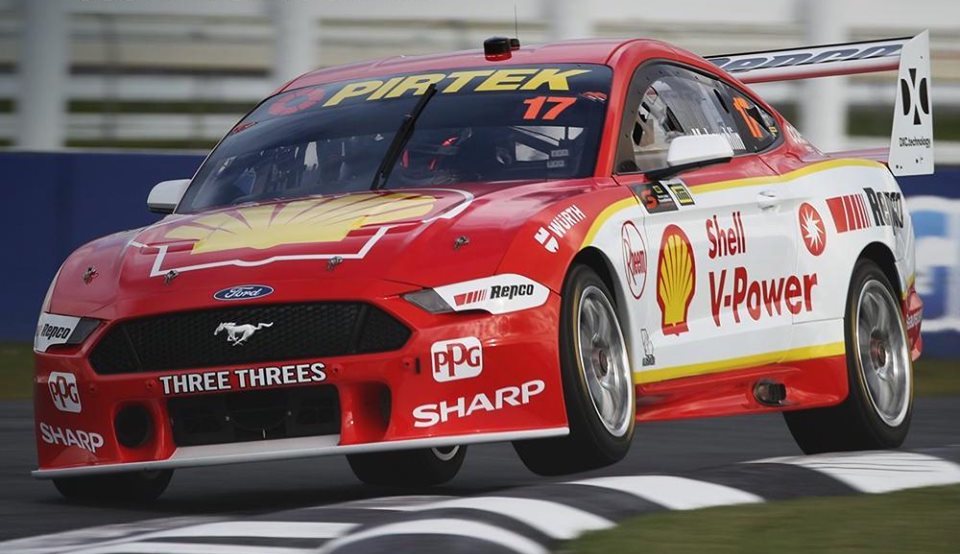 The young Kiwi scored his 17th win of the season to break Lowndes’ 1996 record with the victory over Shane van Gisbergen and Chaz Mostert.

McLaughlin benefitted from an early safety car which, combined with pit strategy, gifted him the lead from Jamie Whincup who was penalised, one which he held to the end. 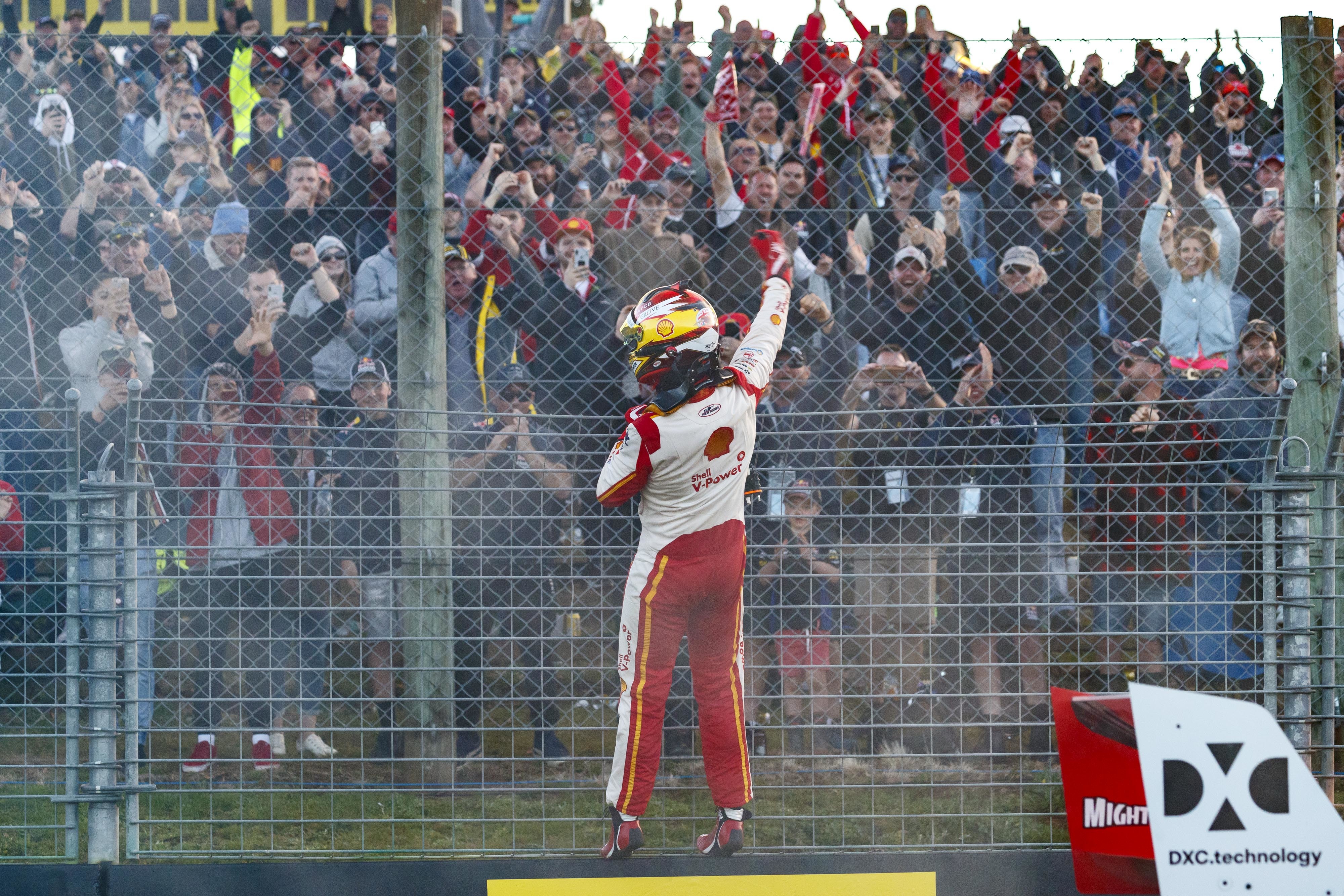 “I wanted so badly to do this on New Zealand soil. I am really proud to be up there with a guy like him (Lowndes). I am a luck guy driving a cool car and a proud New Zealander trying to do my thing,” McLaughlin said.

“There was a bit going on before I thought this might actually work out for us. Jamie (Whincup) got the penalty so it gifted us the lead in some ways.”

Van Gisbergen’s second place scored him the coveted Jason Richards Trophy following his Saturday victory. He became the first person to win the trophy named after the young New Zealand Supercar driver, who died from cancer in 2011, twice.

“I thought with 20 laps to go I was safe in second. It was then I thought I could either cruise and collect or fight like Jason would so I stood on it to the end,” Van Gisbergen said.

“I knew I probably wasn’t going to catch Scott but shit I gave it a good go.”

In what was almost a mirror image of the Saturday race a safety car caused mass confusion when called out for David Reynold’s Penrite Racing Commodore that was stopped on the track.

The safety car positioned itself in front of Whincup who then chose to pass it, which meant a penalty. Lee Holdsworth, who had been second, and the rest of the field stayed behind the safety car only to be passed by cars that went in for pit stops. 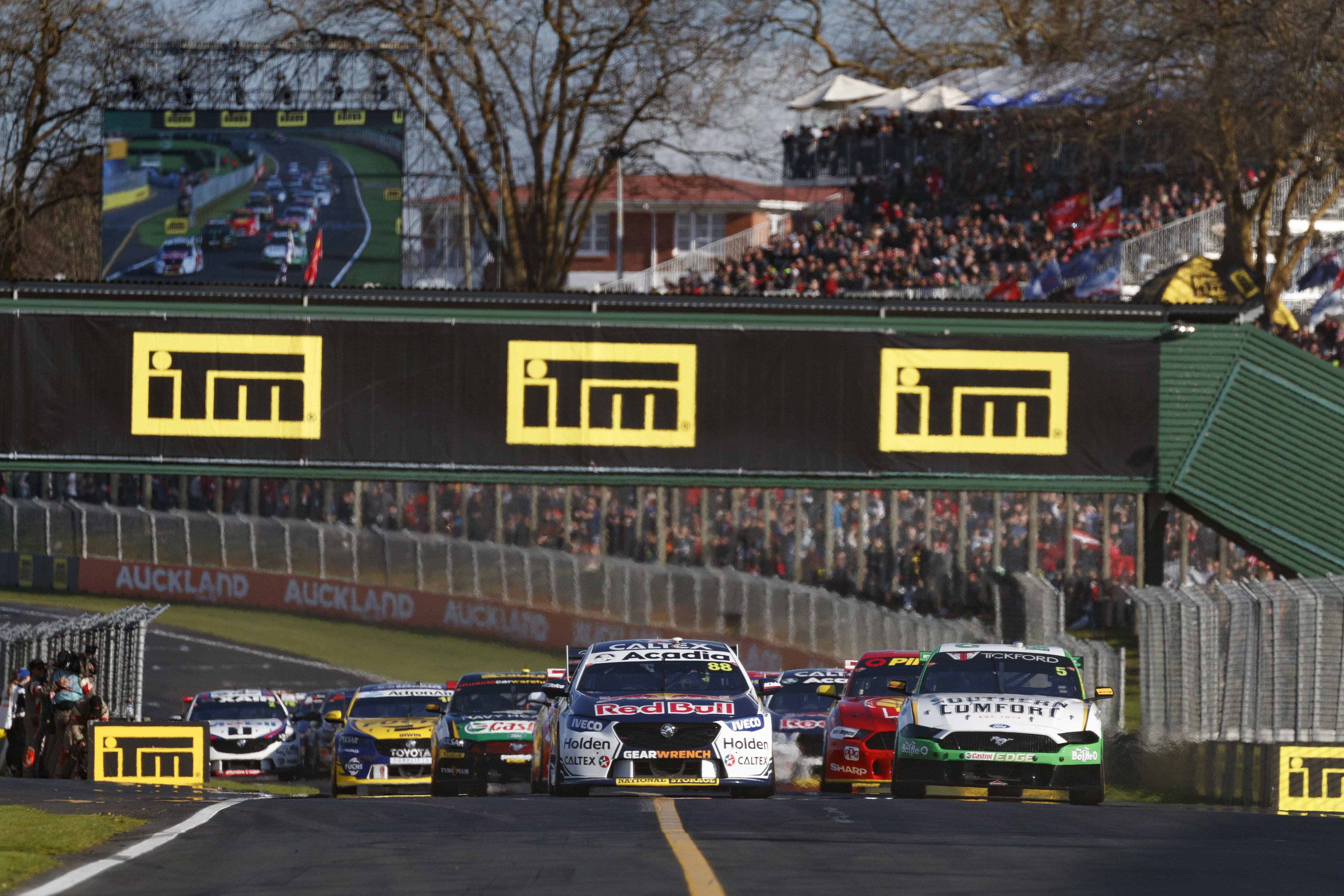 Holdsworth was the big victim falling from second to 11th, along with his team-mates Cam Waters and Will Davison behind him. Several other cars that stopped early were also affected.

In turn Nick Percat, Todd Hazelwood and Scott Pye followed Mostert while Simona de Silvestro had her best career finish with seventh. Behind them in the top 10 was Mark Winterbottom, Richie Stanaway and James Golding.

McLaughlin now leads the Championship by 598 points from van Gisbergen while Mostert is third ahead of Coulthard, Whincup and Reynolds.

Following today’s dramatic Race 24 all eyes now turn to the biggest race on the calendar, next month’s Supercheap Auto Bathurst 1000.

Teams will return home and begin preparations before the event, where over 200-thousand fans and the eyes of the motorsport world will be on Mount Panorama from 10-13 October. 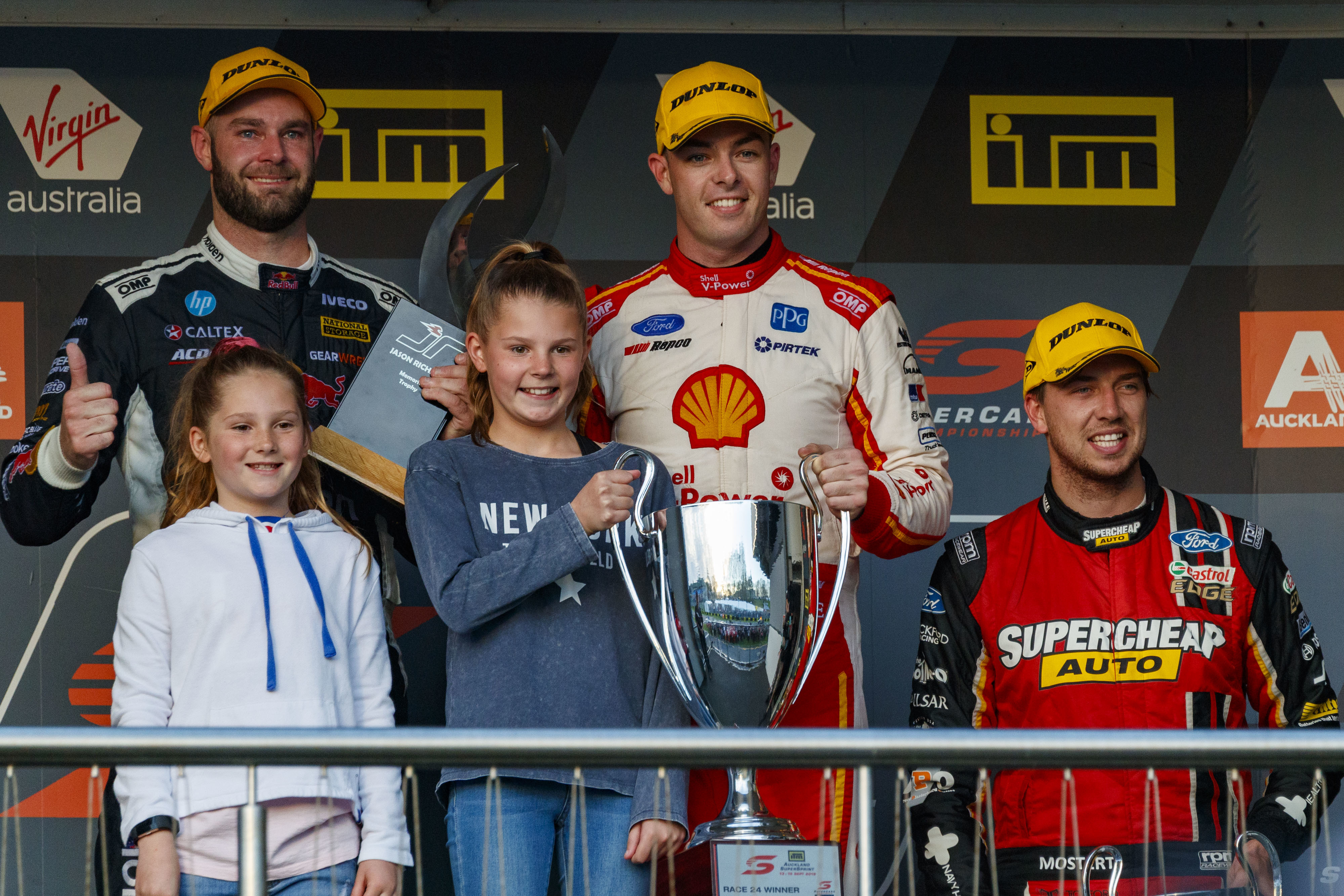 Every practice, qualifying and race session of the Virgin Australia Supercars Championship is broadcast live in high definition on Fox Sports and Kayo within Australia.

On free to air television within Australia, Network Ten will show highlights of today’s race this afternoon. Check local guide for details.