Shane van Gisbergen prevailed in an insane Supercars race on the streets of Townsville punctuated by mid-race rain chaos and a raging pit lane fire.

The Kiwi wet tracker scored his second win of the year after a crazy race which had more slip and slide than Queensland sun in the second leg of the Watpac Townsville 400. 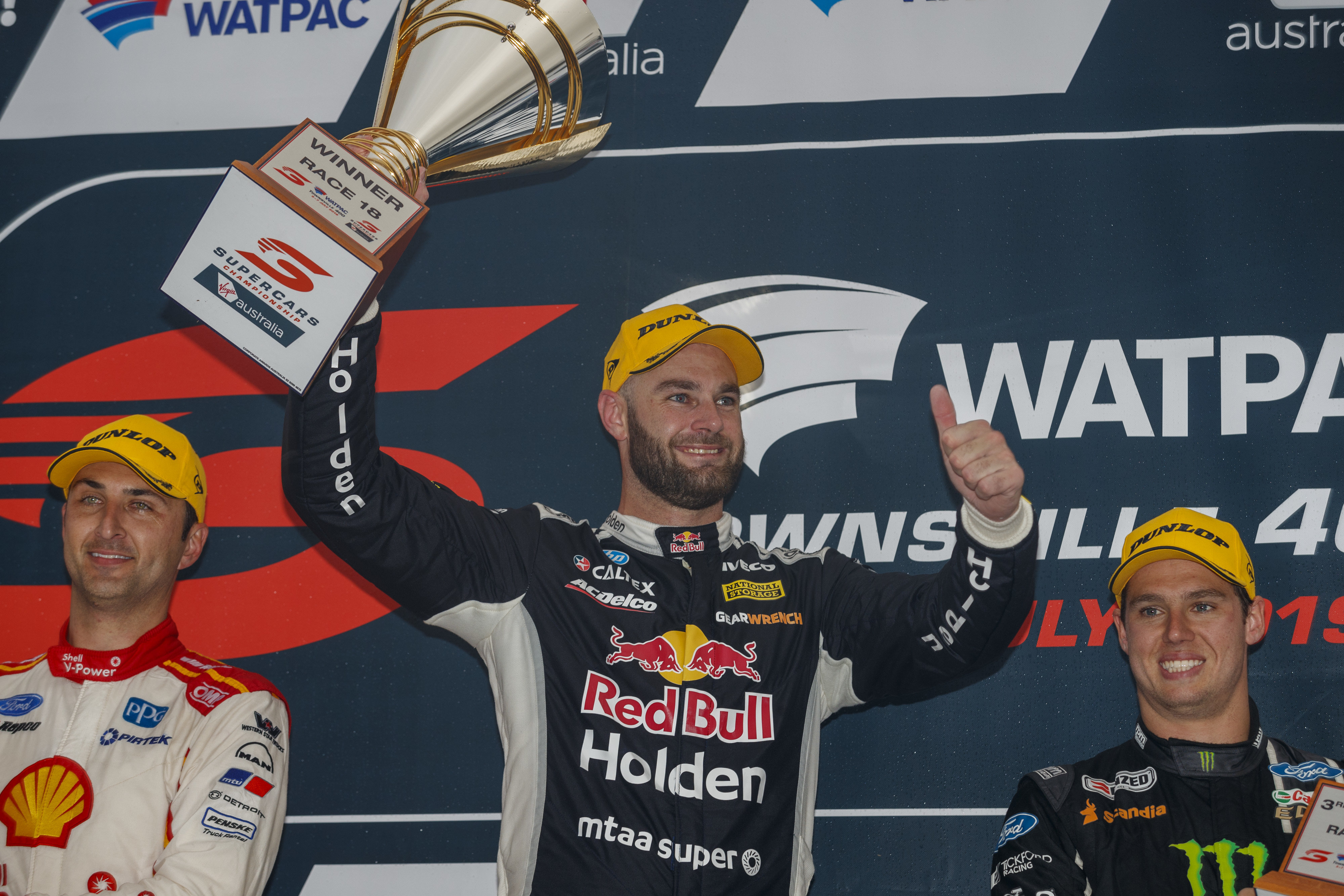 Championship leader Scott McLaughlin fell foul of the wet conditions in a bingle with David Reynolds on the very first corner, his race then becoming a salvage job to climb back to 14th.

Van Gisbergen benefitted from young Waters needing a late pit stop which cruelled a significant lead while Coulthard stayed in the game from fifth to finish on the podium.

It was a game of strategy as teams battled the changing conditions. The race started in light drizzle with cars on dry tyres before the heavens opened just before the halfway point.

“It has been a tough year for us, but we are getting better,” Van Gisbergen said.

“That one wasn’t me, that was the boys there. I was really struggling to keep my head when we didn’t have the grip. They kept it under control and kept me focussed, that’s a real team victory.”

When the rain hit at just under the halfway mark Waters had the lead as the field jumped in for wet tyres. He held Van Gisbergen at bay for six laps until leaving the track at the second corner, allowing the Kiwi and Coulthard to slip by.

Nick Percat’s Elite Roads Racing pit bay burst into flames as he came in for a fuel top-up when a fuel hose broke. As the car dropped a spark ignited a fireball which was quickly extinguished by his team.

Percat got to pit exit with flames licking out of his boot. Quick thinking from the Red Bull Holden Racing Team and Shell V-Power from the closest garages doused the flames within seconds.

Seven-time Champion Jamie Whincup also caused a safety car when he lost control on a slippery kerb and slammed into a wall opposite. With heavy front-end damage, he couldn’t crawl back to pit lane and needed to be rescued by recovery crews.

McLaughlin’s dice with Reynolds cost him a solid chunk of points, narrowing the Championship lead to 292 points from Coulthard. Van Gisbergen now sits in third with Mostert in fourth.

Reynold’s dropped from third to fifth following the clash with McLaughlin which ended in him the last of the finishers in 20th. 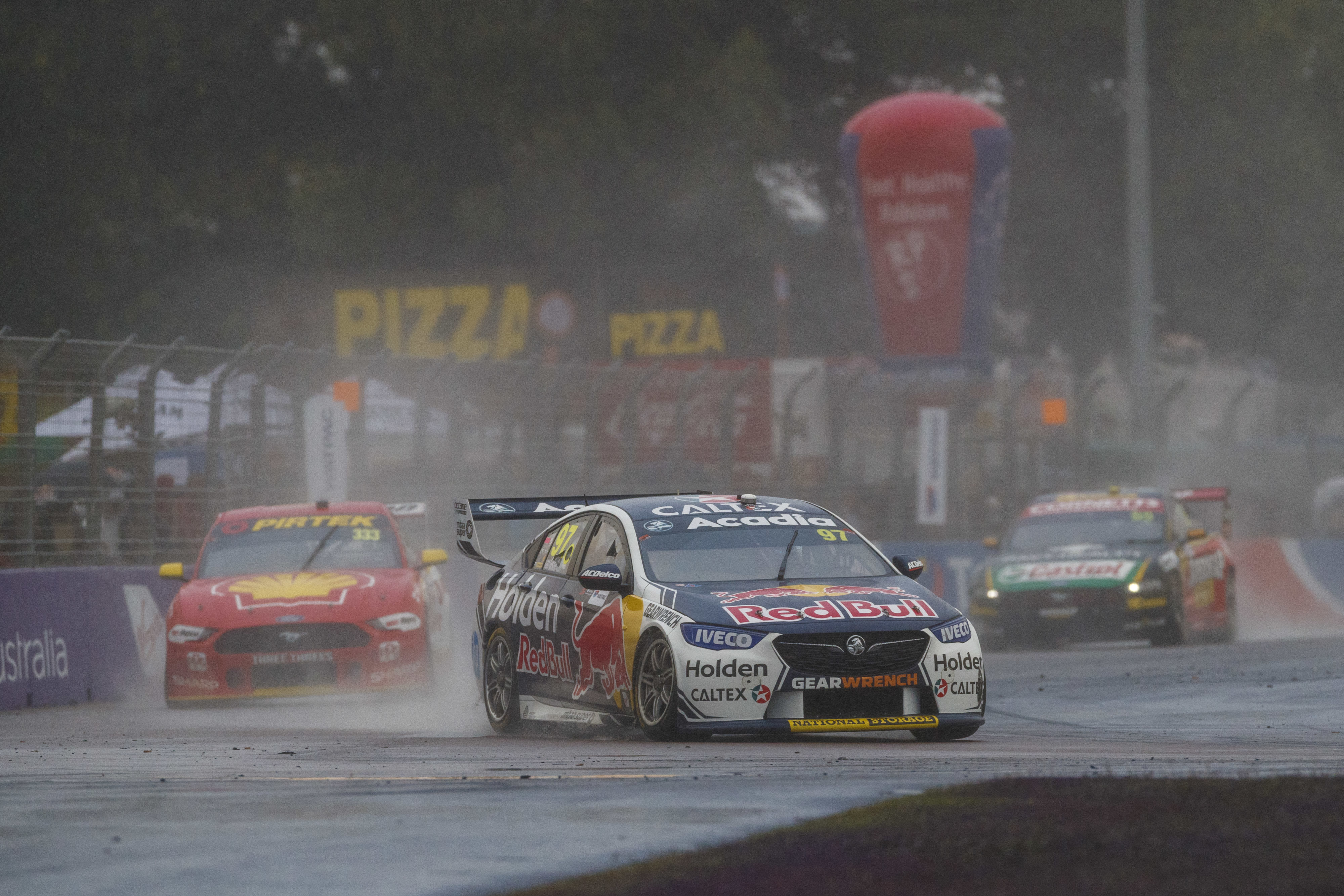 Teams will now turn their attention to the ninth round of the championship, the Century Batteries Ipswich SuperSprint which will run at Queensland Raceway from 26-28 July.

The Queensland Government is proud to support the Watpac Townsville 400 through Tourism and Events Queensland as part of the It’s Live! in Queensland events calendar. Queensland, just the place to experience Australia’s best live events.