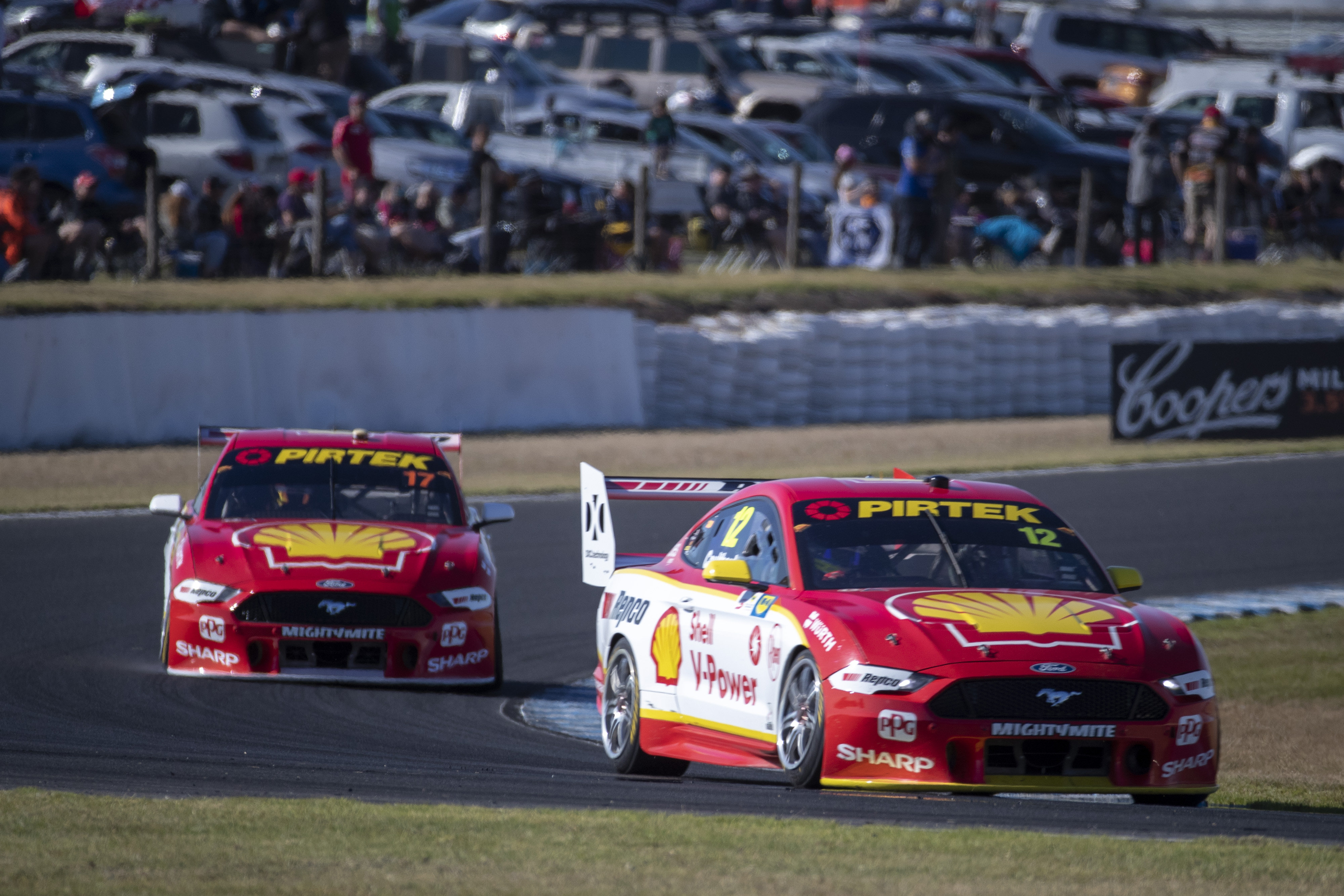 Scott McLaughlin proved beatable when his golden run came to an end at the hands of team-mate Fabian Coulthard and a puzzling pit stop at Phillip Island.

Coulthard claimed his first race win since last May, beating McLaughlin by effectively jumping him in the pits, and in turn ending the unbeaten streak of his Shell V-Power Racing partner.

It was the first time this year McLaughlin had been beaten on the track after a formation lap stoush with Cameron Waters at the Australian Grand Prix last month.

Coulthard had said when finishing second to McLaughlin yesterday he was content to be ‘collecting dust collectors (trophies)’ rather than winning, but that was set aside today.

He has had four second places so far this year.

“I am pumped,” he said. “We work so hard as a team. Scott has had a lot of wins this year which is credit to them. To finally get one is awesome, I can’t thank them enough.”

Coulthard gained a little over a second in the pits leaving his team perplexed about how it actually happened. De Pasquale, too, made big gains in pit lane, helping him to his first Supercars podium.

“I was a little bit shocked. I am not sure what happened to Scott on one of his out laps and was expecting a red car to go blowing past,” Coulthard said.

“Thankfully we had great pit stops, a fast car which looked after it’s tyres … it ticked all the boxes.” 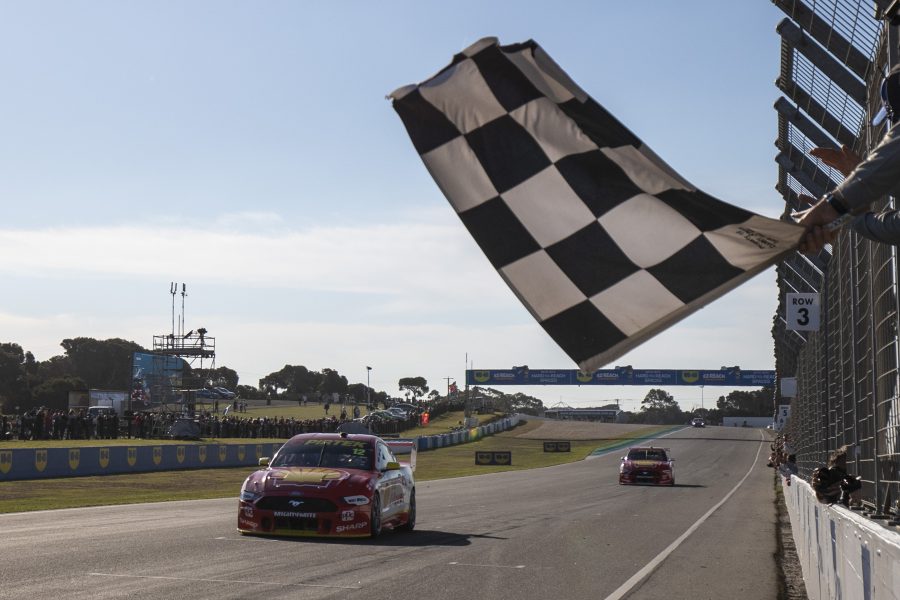 McLaughlin was relaxed about his second place, although pointed towards a reflection on what happened in the pits having earlier claimed his eighth straight ARMOR ALL Pole Position.

“I am really happy with the weekend. It’s been a big week with these guys on the road for two in a row so to come away with three 1-2s out of that is massive,” he said.

“We will have a talk about a few things but the idea is for the team to win and we did that on multiple occasions in this past couple of weeks.”

De Pasquale is a product of mentor and former Bathurst winner Paul Morris who has been taken under the wing of Penrite Racing as a team-mate to David Reynolds.

“It was an awesome start in qualifying fourth and getting a great start,” he said. “The team had a really good strategy which is a credit to the team, they got what they deserved.”

The Mustangs of Will Davison, Chaz Mostert and Cameron Waters were next home followed by Shane van Gisbergen, Rick Kelly, Tim Slade and Nick Percat.

Seven-time Supercars Champion Jamie Whincup finished 12th and has dropped off the pace, now sitting ninth in the Championship standings.

McLaughlin leads the Championship by 124 points over Coulthard, while Mostert has moved into third in front of the best of the Holden drivers, van Gisbergen.

Teams will now have a two weeks to prepare for the only night racing event of the year, the PIRTEK Perth SuperSprint which will run from Thursday 2nd to Saturday the 4th of May. Scott McLaughlin won both races in Perth last year.

Every practice, qualifying and race session of the Virgin Australia Supercars Championship is broadcast live in high definition on Fox Sports 506 and Kayo within Australia.

Supercars Trackside featuring all the latest news and views from the Supercars Paddock will air this afternoon from 3:30pm – 4:30pm on Fox Sports 506 HD.