Steve McQueen’s Bullitt Mustang has sold under the hammer for a record $3.4 million in front of a packed house at the Mecum auction block arena. Including the buyer’s premium, that is a final sale price of approx. $3.74 million ($5.42 million AUD).

The hammer price is the highest price achieved for a Mustang at public auction. This result easily surpassing the previous record of $2.2 million for the 1967 Shelby GT500 Super Snake sold at Mecum’s Kissimmee auction in 2019.

Introduced as “The Bullitt Mustang” the car was driven into the auction arena with nothing other than the sound of the engine to get the crowd going. 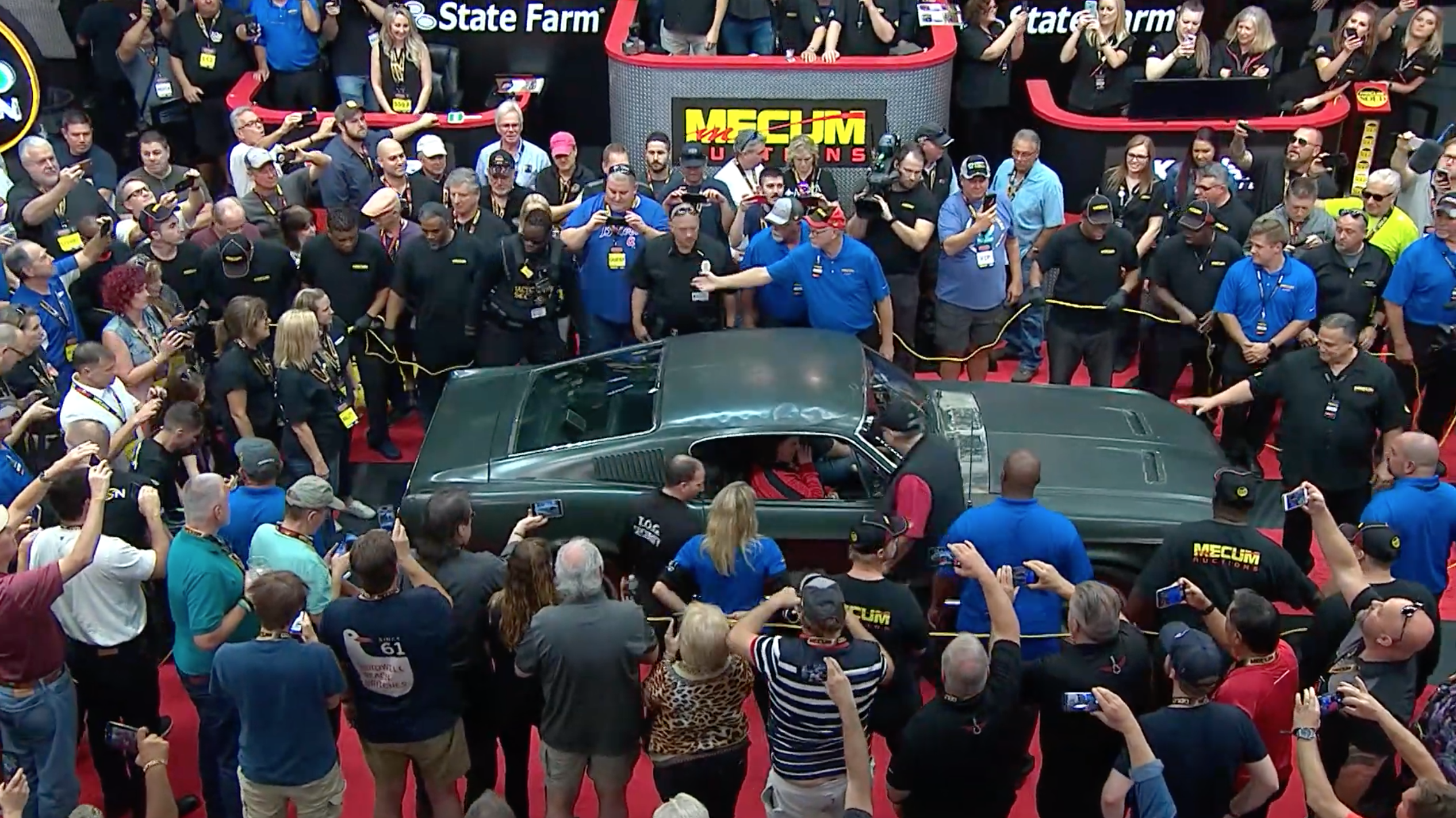 Before the auction started, the car’s custodian Sean Kiernan had a few words to say to the full house.

“This car has sold twice in its life. It has been in my family for 45 years. Each time it has sold, it sold for $3,500. We are going to start it off at that, and we are going to go from there,” said Sean.

Sean’s late father Robert Kiernan purchased the car back in 1974.

The bidding on the Highland Green fastback then started at $3,500, quickly escalating to $2 million within a minute. Check out the full auction of the 1968 Ford Mustang GT offer with “No Reserve” in the video below. The atmosphere in the arena will give you goosebumps.

The Mustang is from the 1968 action film “Bullitt” and was the hero in one of Hollywood’s most celebrated car chase scenes. Watch this car in all its glory as Steve McQueen burns some rubber through the streets of San Francisco. No explosions or over exaggerated crashes, just 2 cars hightailing it through the city.

The Bullitt Mustang still retains its Highland Green paintwork and many of the fingerprints from its time in front of the camera amongst many other things. Check out the listing on the Mecum Auctions website for more details. The Kiernan’s wanted to preserve the car so that it and remained as untouched as possible.

The Bullitt car is one of many Steve McQueen vehicles to draw a big price over the years. Vehicles associated with the celebrity have a history of fetching above the market rate.

As time goes on it will be interesting to see if some of our iconic Australian Muscle Cars will achieve these types of prices.