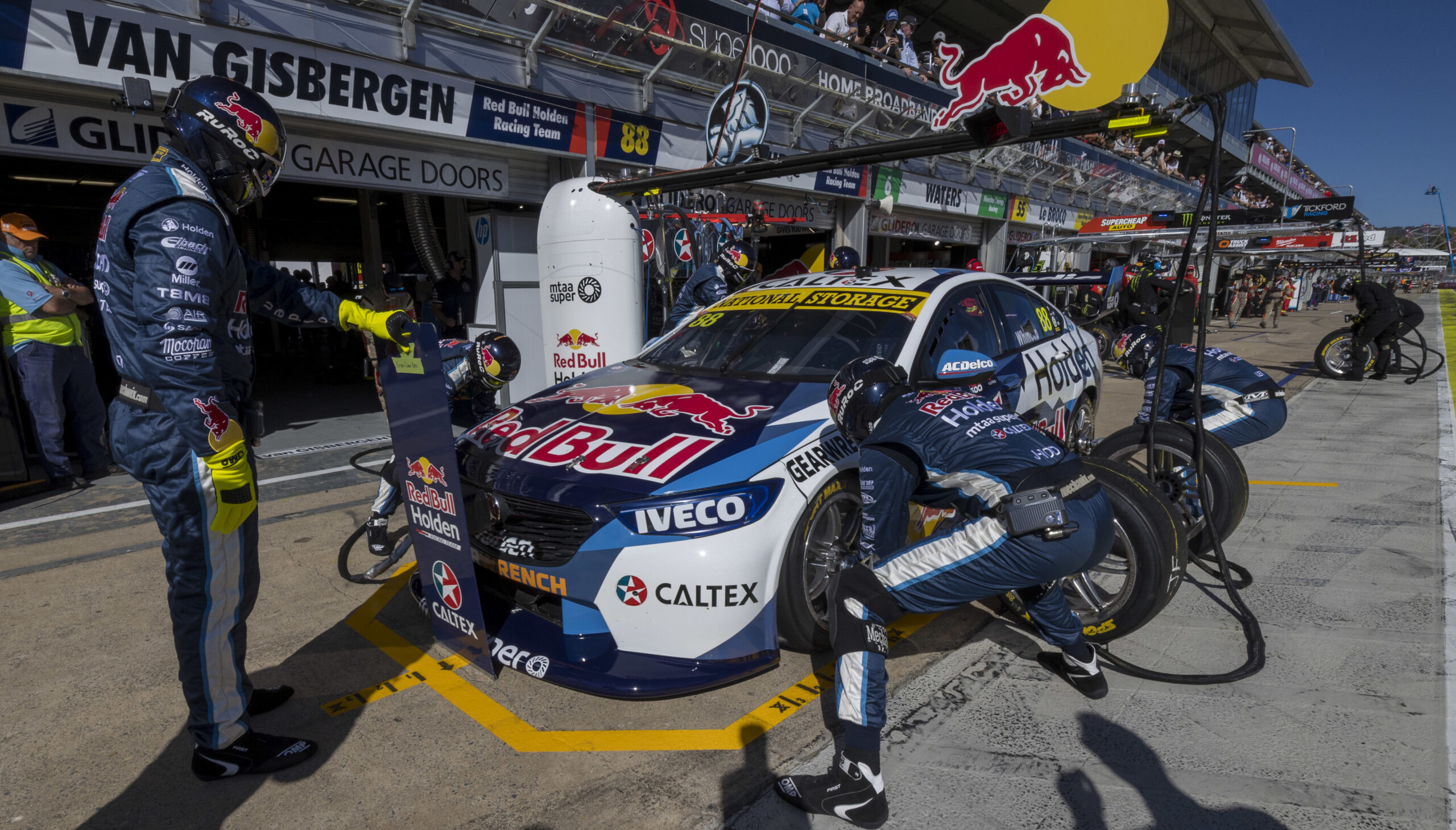 Supercars rule variations have been sent to teams today ahead of the upcoming Sydney Motorsport Park SuperSprint.

The variations are in line with COVID restrictions. Each team will need to adhere to these rules for at least the Sydney event, which will feature three 130km sprint races.

At SMSP, teams will be required to make one compulsory pit stop during all three races to change at least two tyres. Drivers will enter each race with a tank full of fuel, with no fuel stops required.

A major change due to COVID restrictions is the limitation to just six team members permitted over the line in pit lane per car, instead of eight.

In line with this, only two rattle guns as opposed to the usual four, will be permitted to be used per car during pitstops.

Teams will be restricted on what data they can receive live during each race. Access to the Supercars data logger will not be permitted until the end of the event. Brake temperature sensors and gyro sensors (g-sensors) have been removed from the cars.

In regard to tyres, three sets of control tyres must be returned to Dunlop at the conclusion of practice on the opening day of the event.

Teams will also be limited in their time at the circuit each day. Team personnel will not be allowed to enter until two and a half hours prior to the first session on track and must exit the paddock area three hours after parc fermé conditions conclude.

In regard to any flu like symptoms, should a driver or team be forced to withdraw from any Supercars event on the revised calendar due to COVID, the final championship points for both the driver and team championships’ will be calculated by dropping the worst Event points from all Drivers final point score.

It was also confirmed as part of the rule variations sent today that teams can only conduct one more test day in 2020 which must be undertaken between 30th August and 5th October. The rookie test days have been cancelled but have been replaced by a rookie only session at events.

The Sydney SuperSprint will run from June 27-28, featuring three 130km sprint races. Close to 12 hours of on track sessions will be broadcast live and ad free on Fox Sports 506 and Kayo across the two-day event.