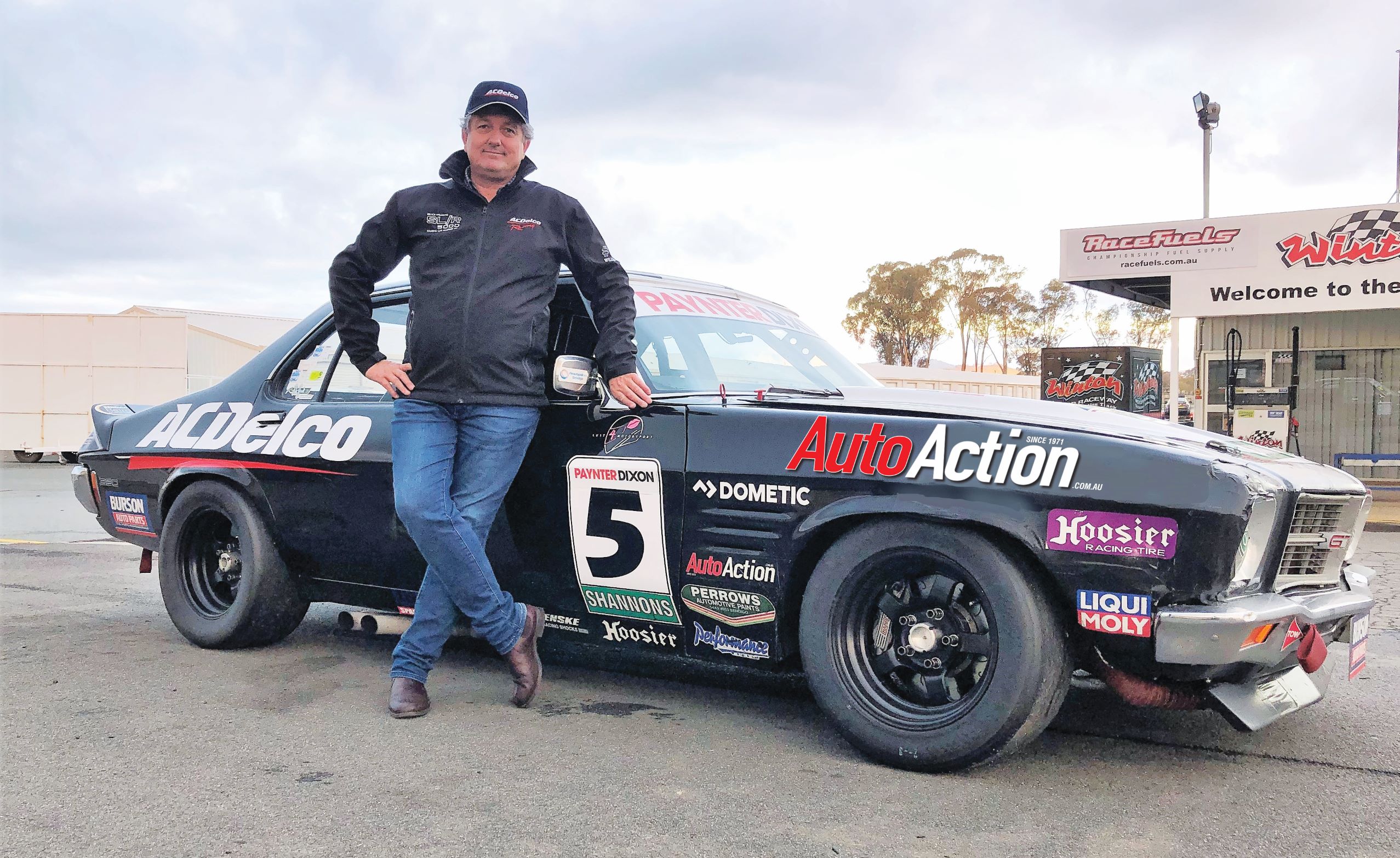 BRUCE Williams will step back in time and swap his ACDelco SLR5000 Torana for the Bendigo Retro Muscle Cars HQ GTS 350 in this weekend’s Paynter Dixon Touring Car Masters Ipswich Supercar round.

Williams’ regular TCM Torana was damaged in a dramatic end to the wet and wild Dometic Trophy race at Winton, which saw him clash with Andrew Fischer. The pair crossed the line for the closest finish in TCM history.

Separated by only .007 of a second, both cars crossed the finish line. While Williams’ Torana was under full power, he hit a pool of water, sending the car sideways into the GTHO Falcon.

While Fisher flew off the road into the turn one grass, Williams’ Torana was spectacularly launched into the air as he crossed the old Winton circuit and then a dirt access road on the infield, resulting in the Torana sustaining front suspension damage.

The team has worked hard to get the Torana back on track, but the repairs have not been finalised, ruling out the running of Williams’ regular car for the next round of the series.

“It’s not ideal, but our Torana is not ready to race. It was a big moment as we battled for the lead with Andrew and the subsequent unauthorised flight was spectacular, but my Torana sustained more damage than was obvious at the time,” Williams said.

“While we finished the weekend, the front suspension was badly bent, and although I was able to keep racing and collect some points, the car was nasty to drive for the rest of the weekend’s races.” 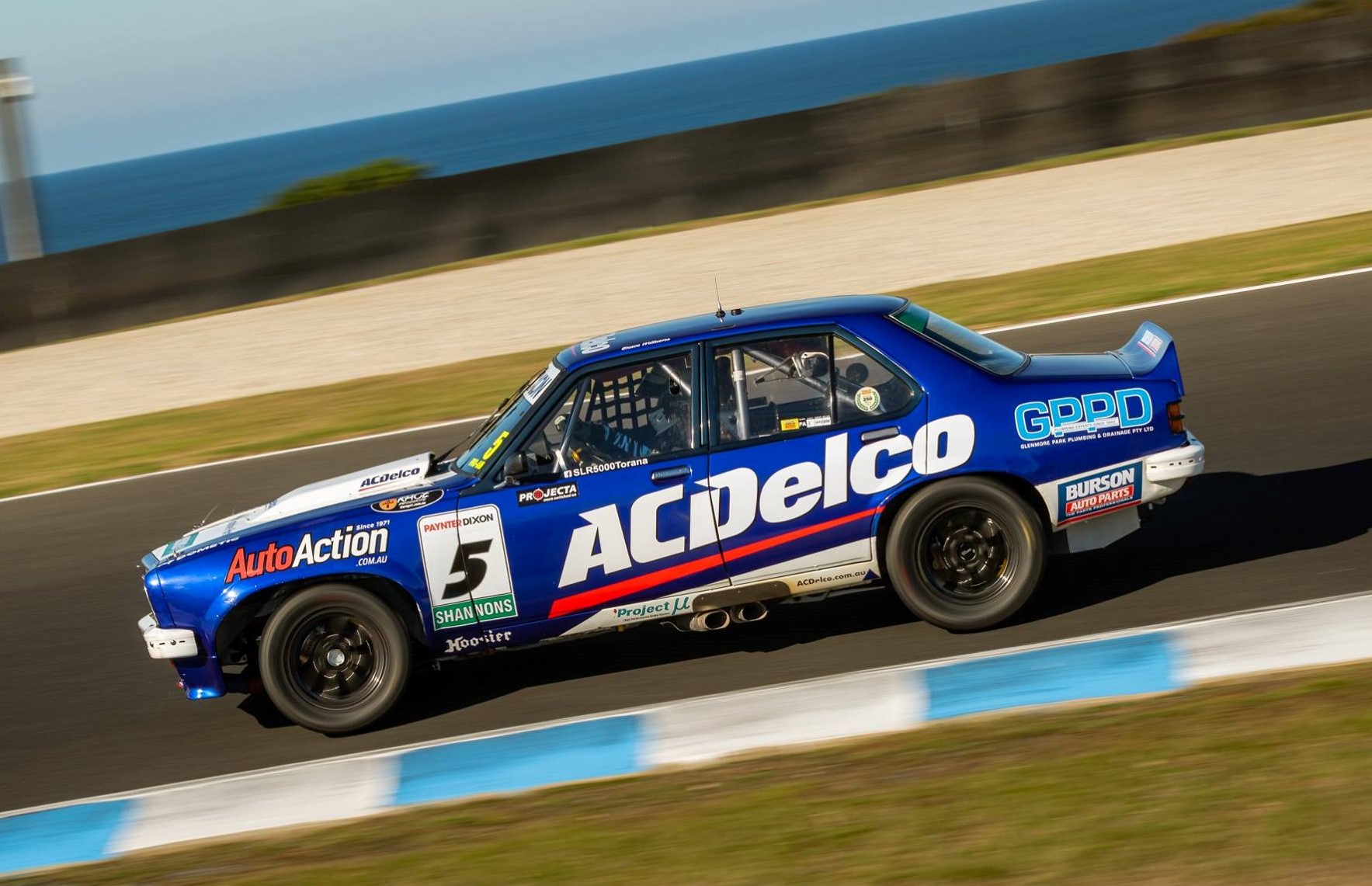 Following the Winton race and the resulting front suspension damage, the team elected to carry out some planned suspension development work.

“With damaged components needing replacement, we decided to take the opportunity to do a planned upgrade to the front suspension,” Williams said.

“Garage 1’s Marty Brant does the fabrication work, however he was committed to finishing the new 69 Mustang that fellow Pro-am racer, Cameron Mason will drive this weekend for the first time. We tried to get the mods done for round four, but we are still waiting for some parts, so time has beaten us.”

Now, approaching Ipswich, he’ll race an HQ Holden again, nearly thirty years since he won the HQ Nationals at Winton in 1990. Williams has generously been offered a lifeline, driving the HQ GTS 350 that Garry O’Brien raced during the first three rounds of the 2019 TCM series.

The Bendigo Retro Muscle Cars HQ is fitted with a six litre V8 engine, making around 650 HP, and it’s one of the original TCM cars built to compete in the Biante Historic Touring Cars series.

“I’m lucky that Gary has offered me the opportunity to race his trusty HQ GTS 350 for the weekend, and in some sort of a Back To The Future moment, it’s thirty years ago to the weekend that I first raced my HQ at the first official HQ race on the mainland,” Williams said.

“That was at Winton in August 1989, so to be back behind the wheel of an HQ race car is a feeling of déjà vu. However, while it’s an HQ sedan, it’s a very different car to the 200HP, six-cylinder, three speed car that I raced all those years ago.” 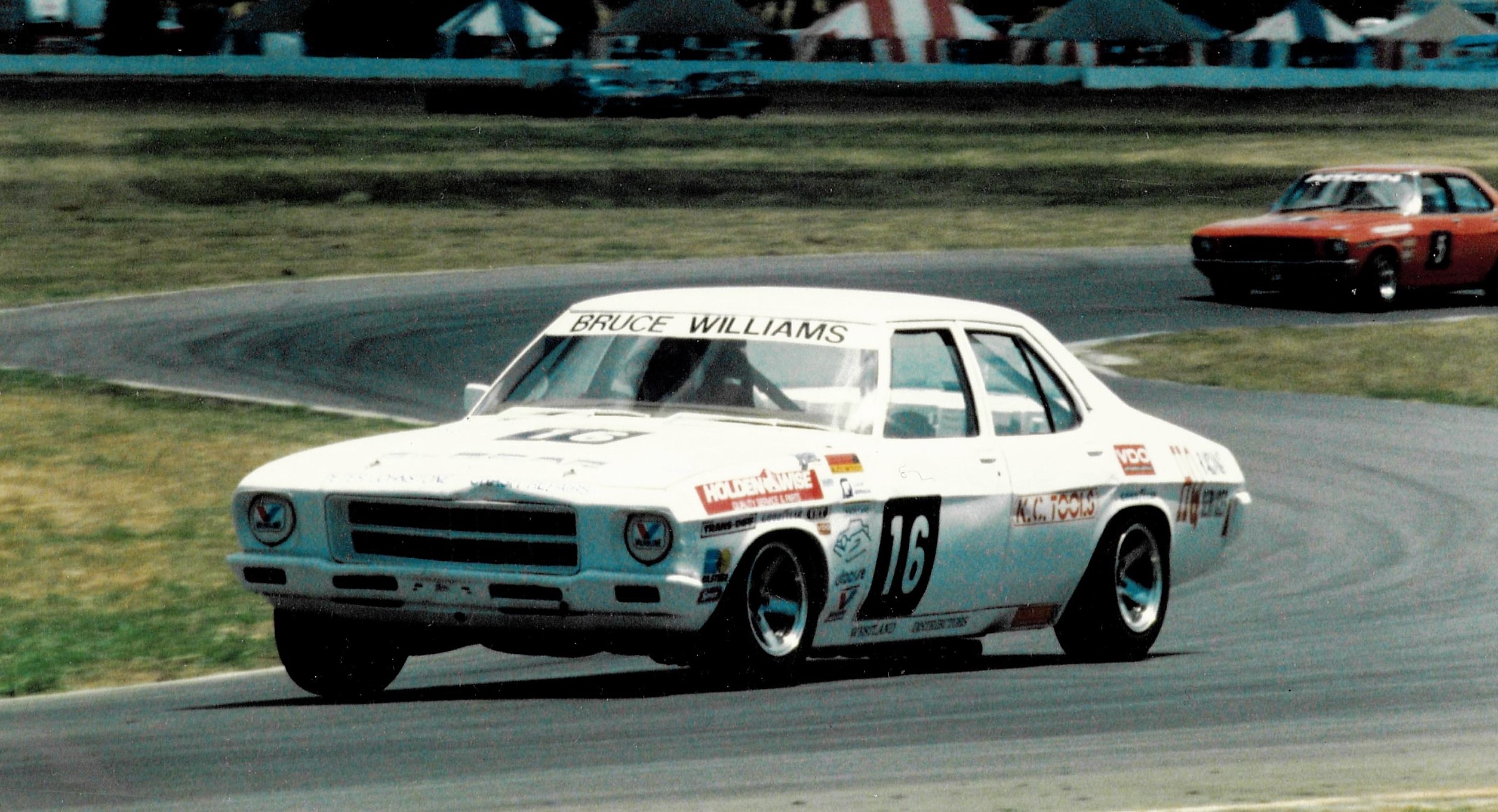 For Williams, this weekend is about staying in the Pro-am points race.

“We are in with a solid chance this season, so I’m grateful to be able to stay in the points hunt and fly the flag for ACDelco, Auto Action magazine and my other supporters.

“Gary took the car to Winton last week and I did a few laps. It was a pleasant surprise,” he said. “The car is nice to drive, plenty of power and nothing wrong with it all. With a few minor mods it should be a nice solid car to race at Ipswich next weekend.”

After three decades of friendship, O’Brien was keen to help Williams get back on the track.

“I look after the body repairs for his Torana here at Bendigo Retro Muscle Cars,” O’Brien said. “When I realised his car wouldn’t be ready for him to race, I offered him my HQ GTS so he can stay in the fight for the Pro-am series points.

“We were always going to race the car at Ipswich so it’s going to be a bit of a joint effort, and it’s good to get some feedback as far as car set up is concerned.

“Bruce was able to identify some potential improvements straight away when he drove the car last week, so it will be interesting to see how the car goes with a front running driver behind the wheel,” O’Brien said.

“It will be a bit of fun and my sponsors, including Glennan Transport, are happy for Bruce to drive the car, so it’s all good.”

Round 4 of the 2019 Paynter Dixon Touring Car Masters will be held at Ipswich Supercars SuperSprint, July 26 to 28.