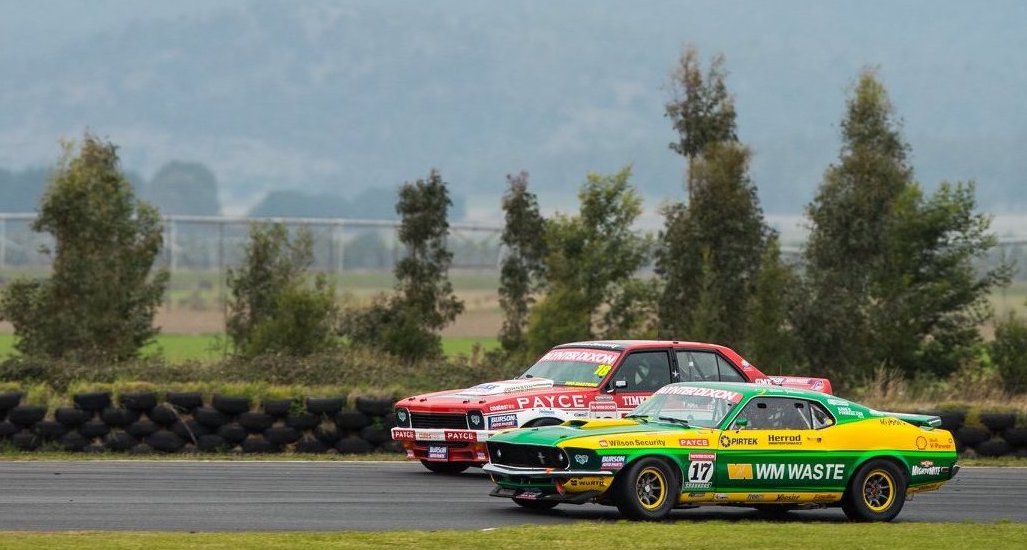 ALL three Paynter Dixon Touring Car Masters classes will go down to the wire at the Coates Hire Newcastle 500 this weekend in New South Wales.

Steven Johnson and John Bowe will battle for the Outright and ProMasters class title for the second straight year, Johnson hoping to go back-to-back aboard his 1969 Ford Mustang. Both the ProAm and ProSports classes also remain up for grabs in what is shaping up to be a winner-take-all finale for each this weekend.

The grid for the final round of the 2018 championship includes Newcastle racer Cameron Mason, who will be keen for a strong performance in front of local fans aboard his 1966 Ford Mustang.

Mason, the son of 2007 TCM Champion Steve, enjoys support from a significant number of local businesses – including several located in and around the circuit precinct.

Newcastle will also see the return of Ben Dunn and his Chevrolet Monza coupe, while Layton Barker from Tasmania will make his TCM debut driving a 1972 Holden Monaro GTS.

The Paynter Dixon Touring Car Masters series will contest four races across the Newcastle weekend to conclude a thrilling 2018 season. The Dometic Trophy Race will be followed by races 22, 23 and 24 of the championship season.

Qualifying and all four races will be shown live on FOX Sports 506 this weekend.