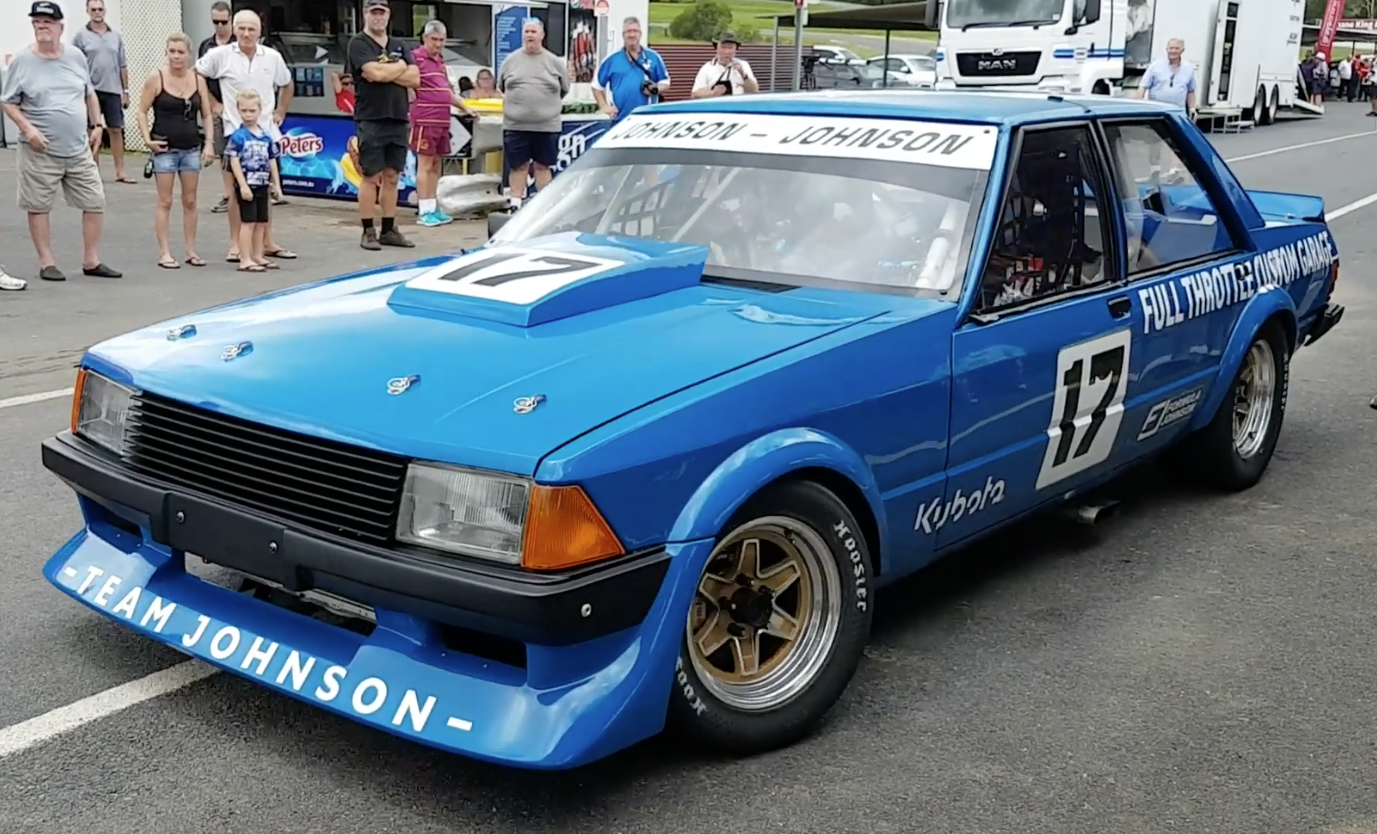 Steven Johnson has shaken down his challenger for the 2020 Touring Car Masters season at Queensland’s Lakeside Raceway, unveiling the new Ford Falcon XD.

Made famous by his father, five-time Australian Touring Car Champion Dick Johnson, the XD won two championships in the elder Johnson’s hands, taking the 1981 and 1982 crowns as well as the 1981 Bathurst 1000 with John French as co-driver.

After taking ownership of the car nearly two years ago, setbacks in the build process pushed the debut of the XD back to this season where it was revealed today at Lakeside Raceway in front of hundreds of Team Johnson & DJR Team Penske supporters.

Steven Johnson Talks about the Project

Taking a break from the first set of rides for the day, “Junior” Johnson spoke about what the project means to him and the depth of people involved in the process.

“It’s pretty cool, it’s pretty special to have so many people out here supporting us through it,” Steven Johnson said.

“It just goes to show that there are so many fans who are still interested in the history of the sport, even though this is a part of history but it’s new history.

“It’s really cool to have so many people take time out of their work day to see the cars; we’ve got Mustang Sally here, the new XD Falcon and a current model Supercar so it’s surreal to see so many people here supporting the Johnson family. 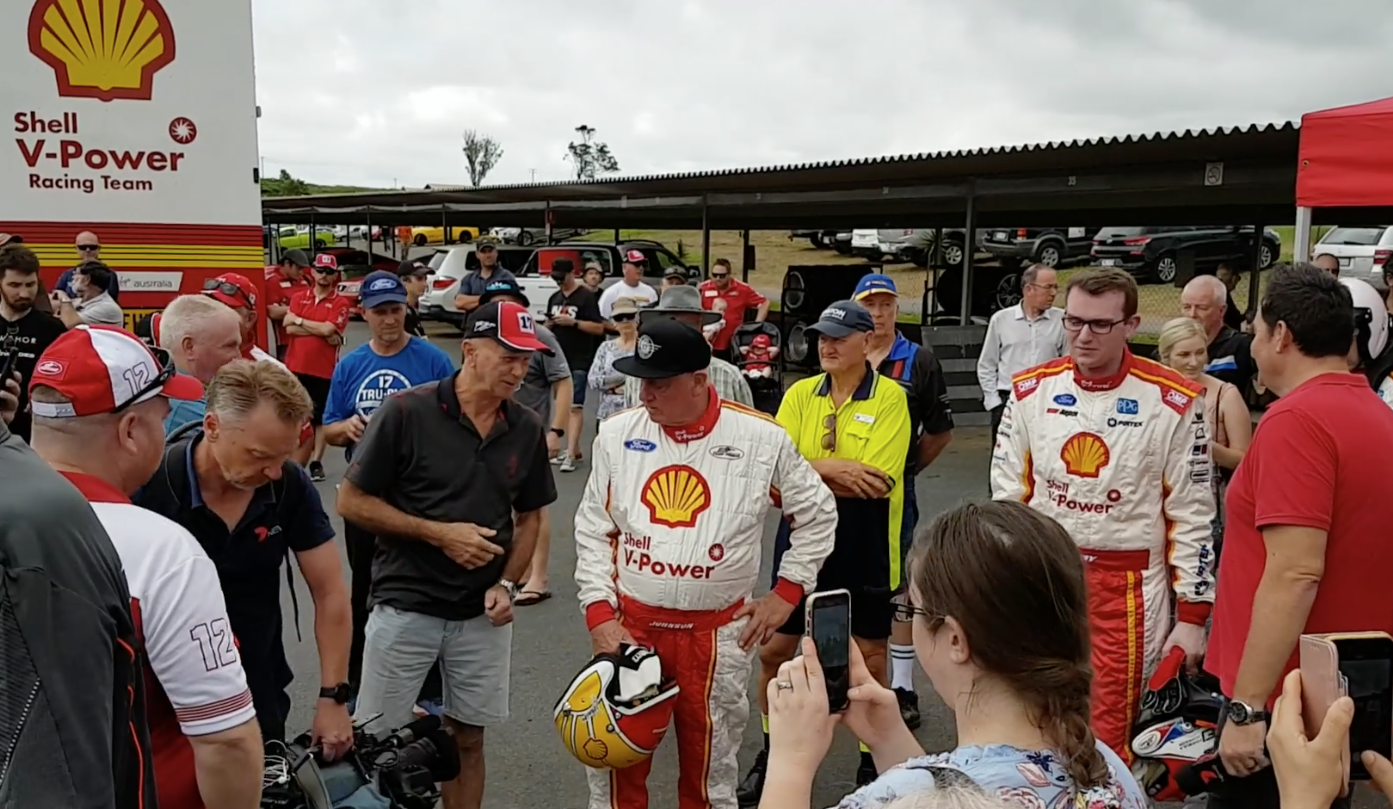 “As a kid I was involved but for me back then, I was a 6-year-old kid that was getting in the way, I wasn’t getting hands-on and building stuff. I was there moving the spanners and crawling into fuel tanks when they were trying to weld them up!

“Now it’s been productive in trying to build something and it is very special, I think that it’s a different kettle of fish now compared to 1981 but we’re trying to keep as much history as we can. 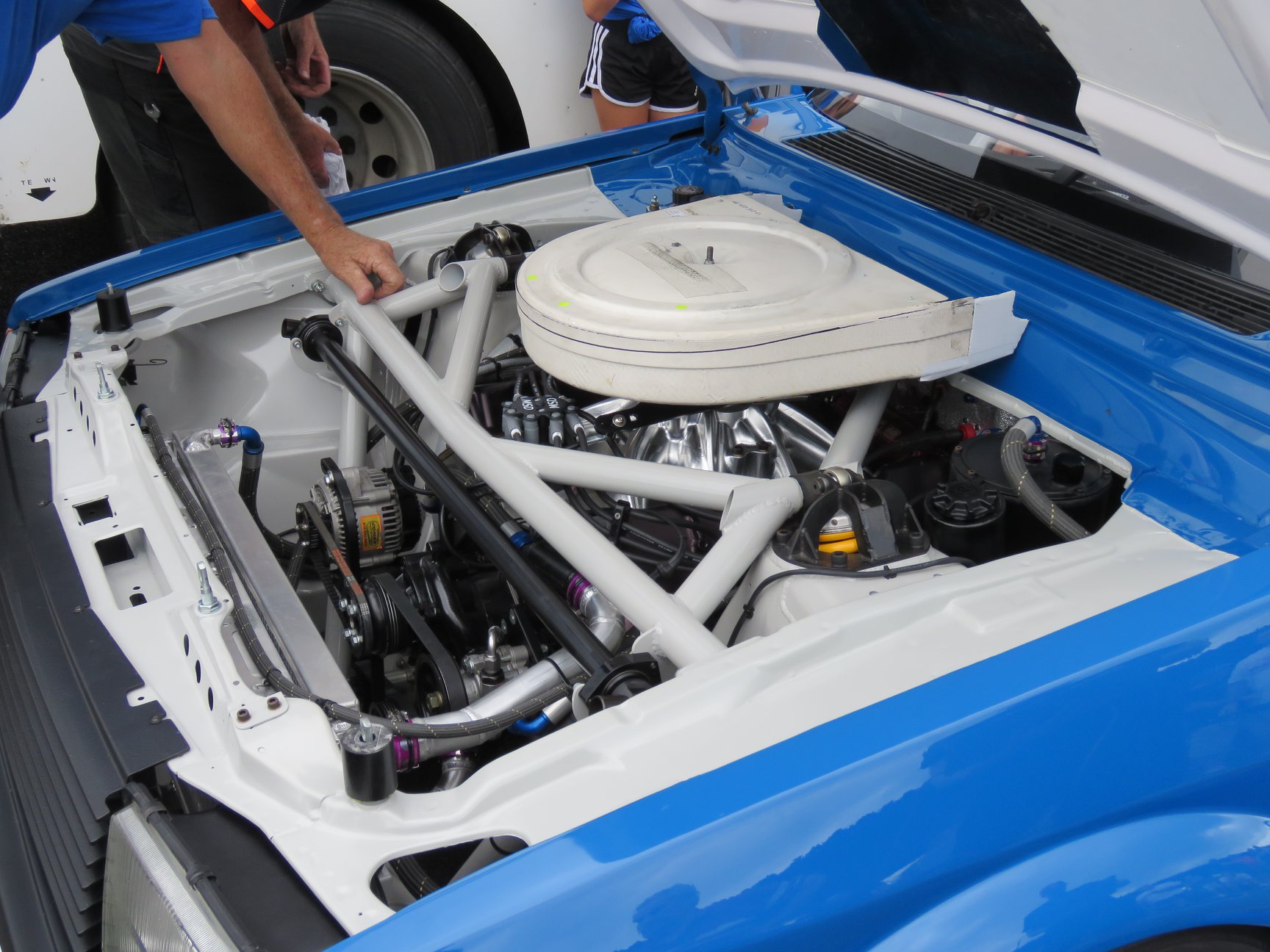 “Same as back then, having the same guys working on it like dad (Dick), dad’s brother Dyno (Dave) and also having Nick Torelli who is the only Team Johnson employee that was one of my main guys in Supercars.

“It’s a huge team effort from the whole family but also guys like Ryan Story who is obviously a part of DJR Team Penske as the principal but is also a close family friend and someone that has helped the old man financially to get this car going.

“If it wasn’t for these guys and everyone we know family-wise, it’d be a very tough ask.”

Dick Johnson was on hand for the day and talked about how building another XD Falcon was still a learning experience despite nearly 40 years passing since his first championship.

“It’s taken so long, two years virtually from the day we got the car until now and everything’s always a last minute rush!

“We had as many dramas with the old XD as we did with this one, it’s just the nature of what we do as it’s a custom thing that we’re doing.

“We’ve learnt a bit more about the car just by building it and it’s got to a point now where we’ve just got to refine what’s there.”

“It has good memories for me but for a lot of people and it’s good to see that through the eyes of social media, some of these things come good.

“I’m pretty impressed with the number of people who have been here today, it’s quite amazing.”

His title defence will kick off at next weekend’s Superloop Adelaide 500, supporting the 2020 Supercars Championship.