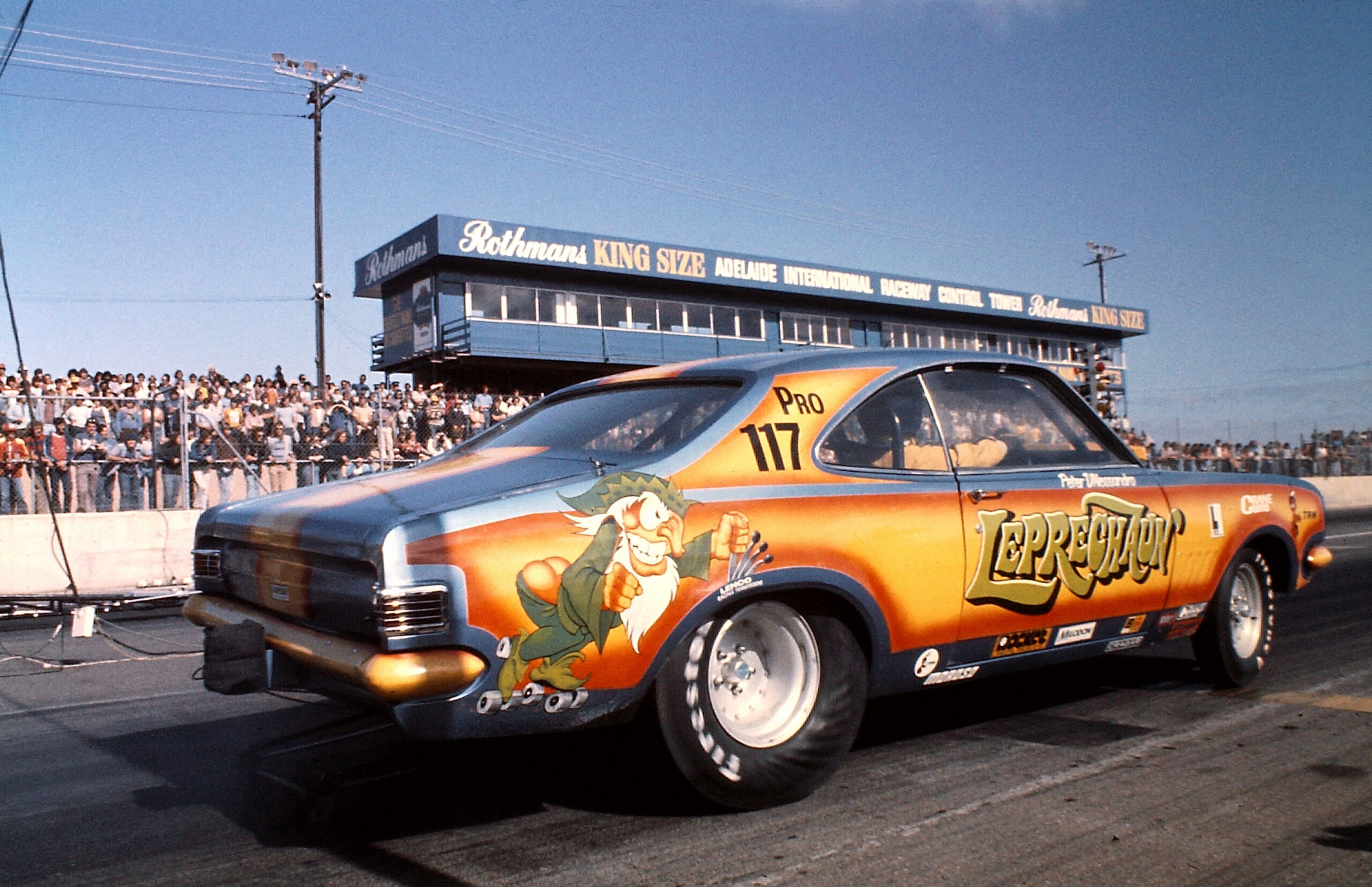 At his home track at Adelaide International Raceway Peter D’Alessandro was a star in his “Leprechaun” Monaro.

The conventional wisdom, for good reason, is that most people who come to drag racing do so from a base in street performance. It was certainly that way for Adelaide sedan specialist Peter D’Alessandro in the early 1970s.

He was hanging out with a crowd of rev heads who one day suggested that he ought to put “a cam” in his 327 HK Monaro. D’Alessandro agreed, without even knowing what “a cam” was, and so began a gradual stepping up towards serious racing.

When the new Adelaide International Raceway opened in January 1972 D’Alessandro went along to check it out and was amazed, thinking he had to get into that. He began by racing his street Monaro, in the process defeating much vaunted racers Larry Ormsby and David Baillie, and loved the experience.

More and more modifications came along and soon the vehicle was so heavily modified it could no longer be driven on the road with any reliability, and with bests of 12.85 seconds and 109 mph [175 kmh] under its belt D’Alessandro decided the time had come to switch to a full-on race version.

Naming his car “Leprechaun”, in recognition of his small physical stature, D’Alessandro opted for the new heads-up Pro Stock bracket but a series of engine failures cost him dearly. He forced himself to learn and in October 1975 the car set a national record of 11.13 seconds before the fitting of a constant mesh Lenco four-speed gearbox and a step up in power pushed him to a new record 10.01 seconds and a win at the 1977 Nationals, his first gold Christmas tree trophy. 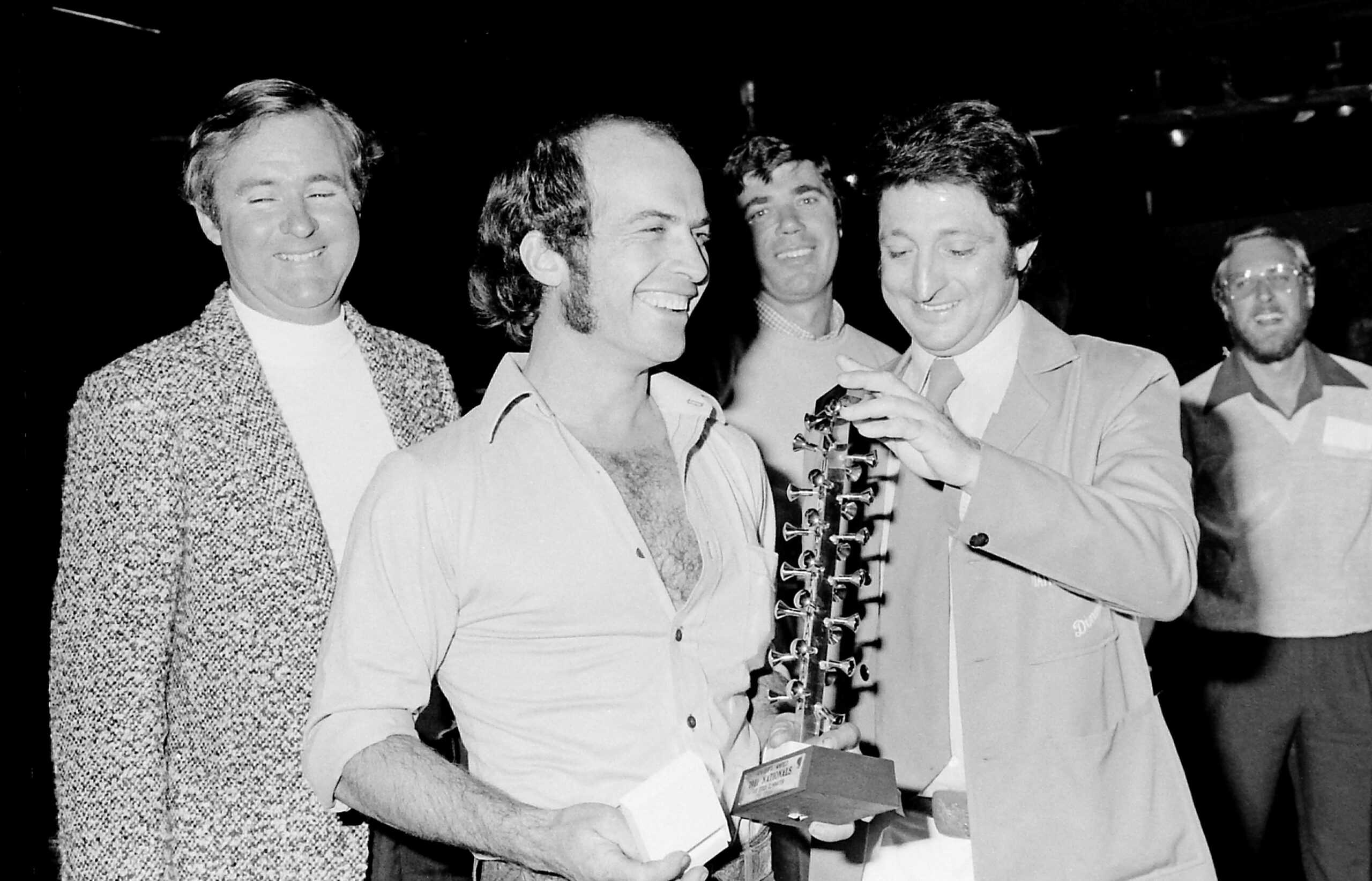 Three months later he went 9.85 to push the national standard into the nines for the first time, and in April 1979 pushed it down even further to 9.61 seconds.

These were tough days in Pro Stock nationally. The initial rush to the new bracket soon evaporated as the performance standards seemed to leap out of the reach of many. It was often hard to round up more than three competitors. Yet through it all D’Alessandro remained a firm supporter despite tough luck at major events.

For the 1978 Nationals he towed across from home town Adelaide to Surfers Paradise but on the way had bolts on his trailer hitch sheer on a winding mountain road. The trailer broke away, jolting the race car so hard the restraints broke. They stopped to find the badly damaged Monaro sitting in the middle of the road with a sheer drop off only metres away.

They limped into town and worked round the clock for two days to repair the car to find the only other two entries for the bracket withdrawn with mechanical problems, leaving the battered Monaro to make three solo passes simply to uphold the category’s representation, even though the car ran a sub-record 9.47/141 [227 kmh] best. 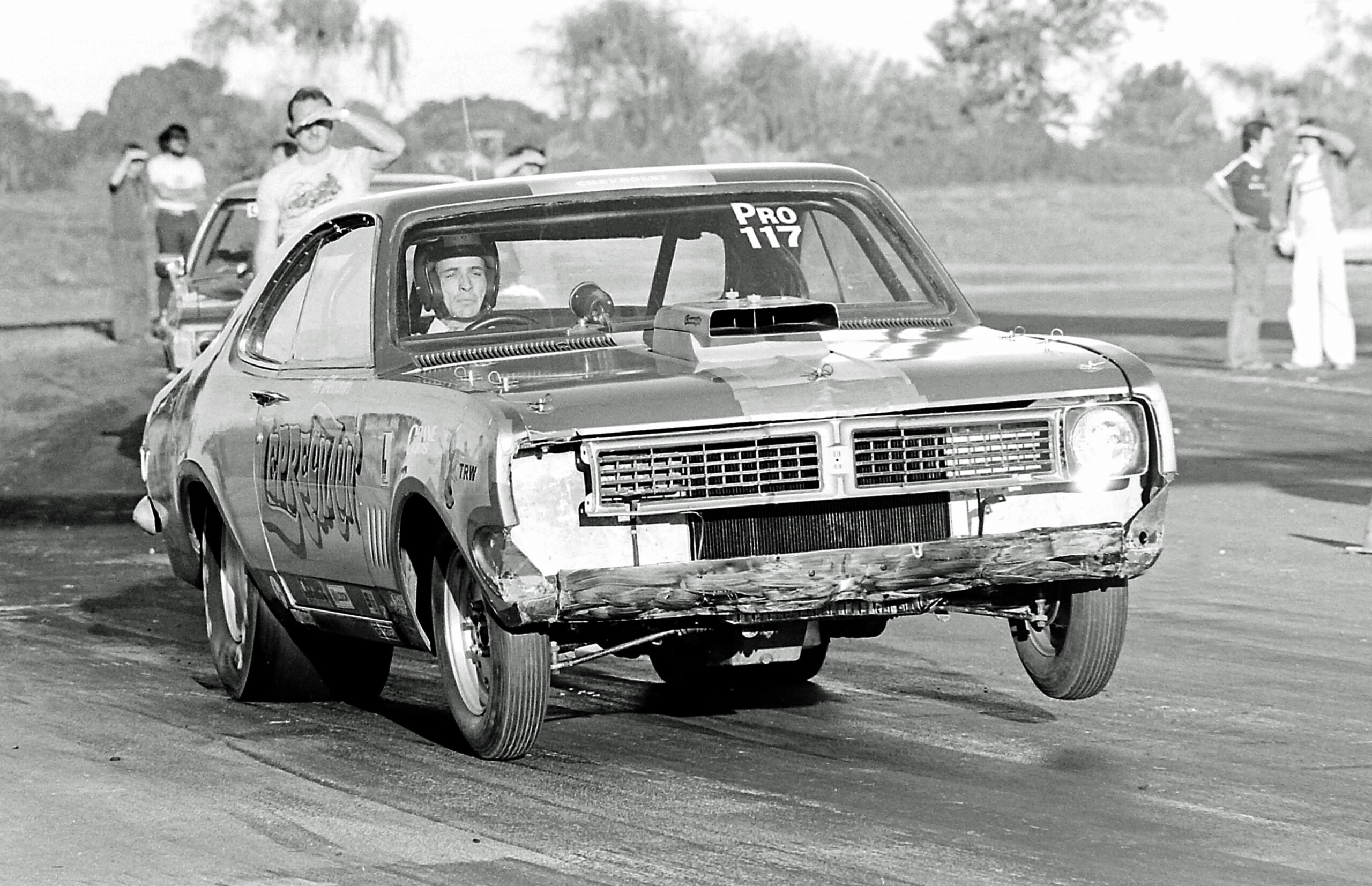 Peter D’Alessandro batters the Australian record for Pro Stock in his battered Monaro at the 1978 Nationals.

What had once been a simple bracket of race cars that was a natural progression from the old Super Stock category had evolved under pressure from various interest groups to one where full space frames, lightened bodies, custom suspensions and very high tech engines and transmissions ruled.

Though it was setting the pace the Monaro was obviously outdated and in June 1979 D’Alessandro withdrew it from competition to debut a new Torana hatchback Pro Stocker that would come to dominate the bracket’s future.

But that’s another story.