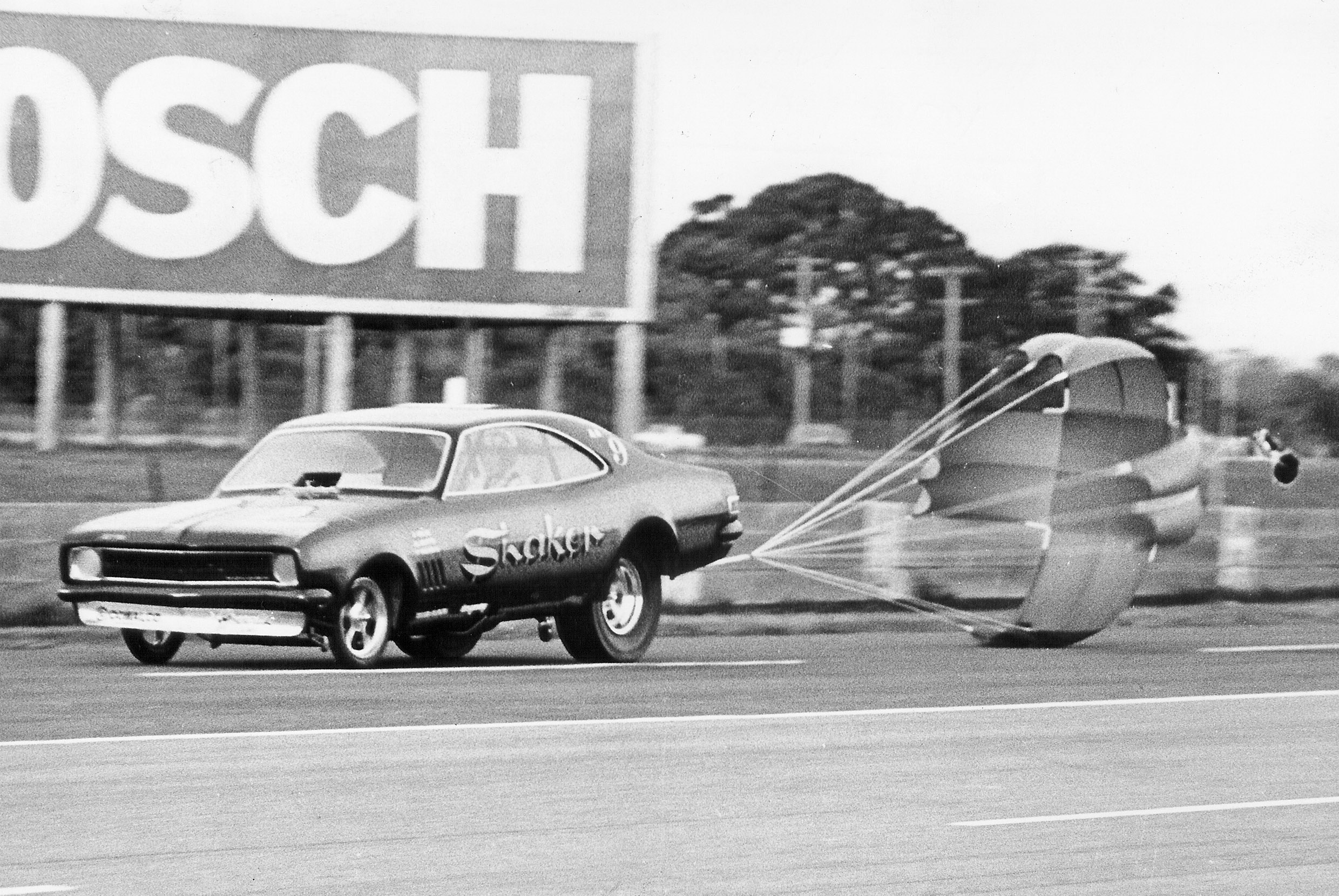 The Shaker HK Monaro takes GMH to the Quarter Mile.

Drag racing in Victoria had been the seed bed for the new motorsport of drag racing. It provided home to the first drag strip, first organised drag racing, first dragster, first this, first that, mostly under the tutelage of a couple of highly organised hot rodding clubs.

So the sport dealt quickly with the 1961 closure of that first strip, at Pakenham, by shifting focus to the old airstrip at Fishermans Bend, on the Yarra, just outside the Melbourne CBD. When that closed in 1966 it took until 1968 for the sport to reignite, this time on the main straight of the Calder circuit.

The fact that there’d been no racing for two years didn’t seem to make much difference, and among the existing and new teams lining up was that of Rob Martin, Ray Miles and Peter Wileman, with a hollowed out FX body on a purpose built chassis and a 327 Chev under the nose, set back 25 percent of the wheelbase for improved traction. 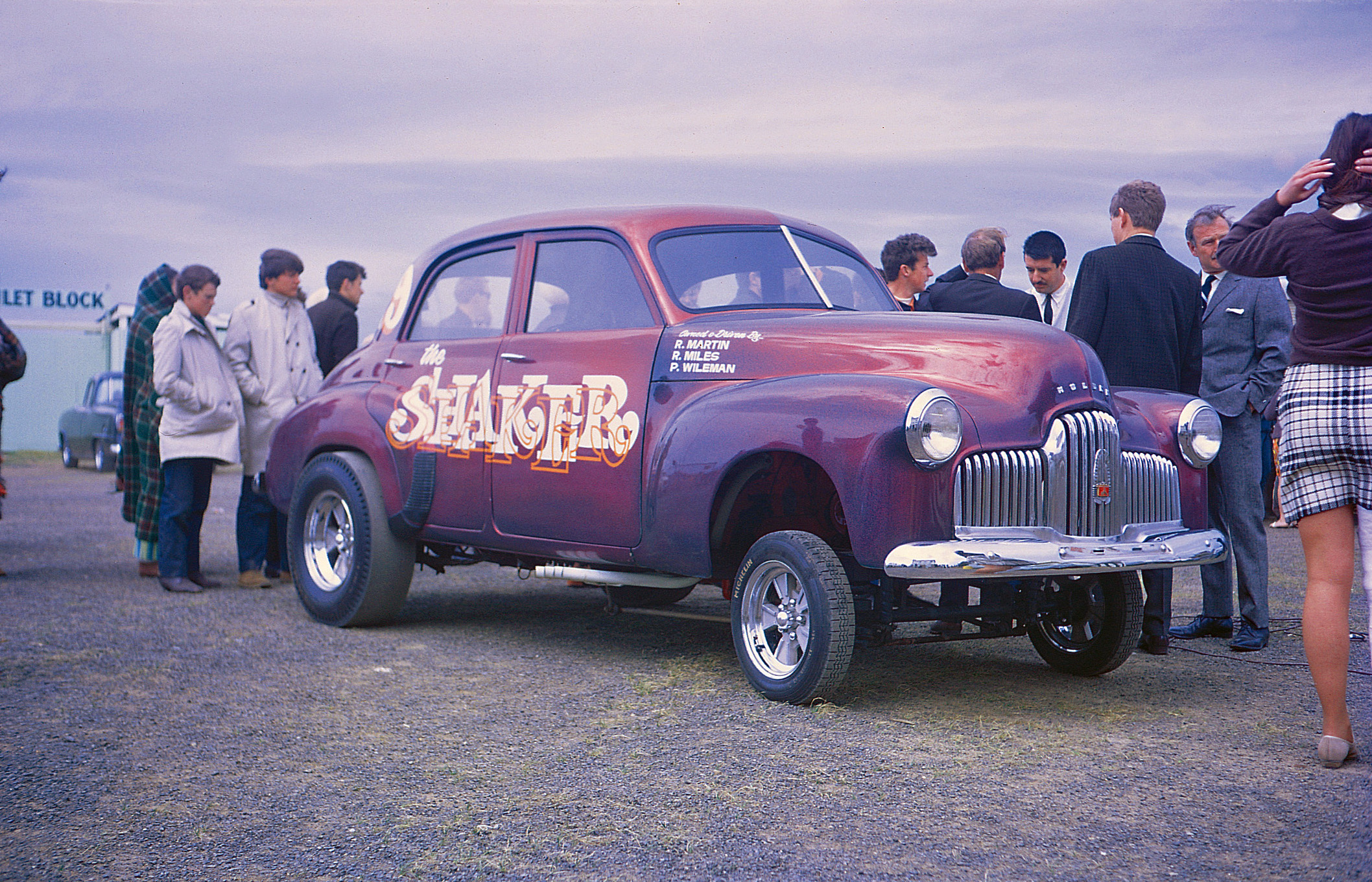 On the purple metalflake outer skin was lettered the name “Shaker”. The car was a sensation in its day and quickly garnered a name as a quick racer, with a best of 11.45 seconds at 114mph to its name.

Such times are easily eclipsed by street registered cars today, but in 1968 and ’69 it made everyone sit up and take note, including GMH boffins, who were looking to create a profile for the new HK Monaro, due for release in June, 1969. They made a phone call to the team and asked them to bring their FX around to the GMH parking lot, where they had them do a few skids.

The Shaker HK Monaro Was Born

The next thing the team knew they were being offered a brand new 327 Monaro with a spare 327 engine and being asked to put together a radical new “funny car” version to take the company image to the quarter mile. 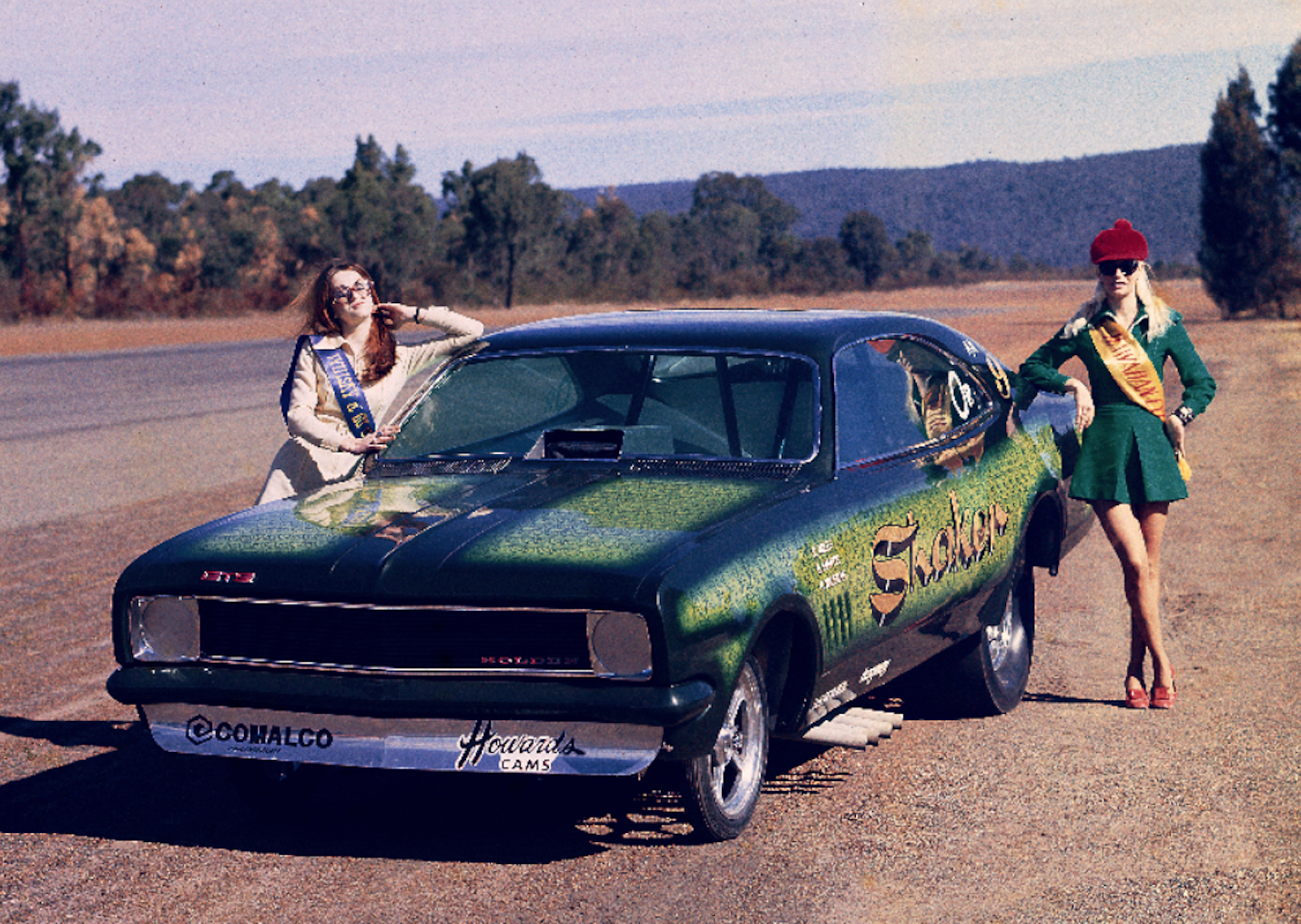 At the Shaker’s first appearance in Sydney. The 1970 Mr Holden Championships at the old Castlereagh track.

The upshot of this parking lot deal was one of the classiest race cars Australian drag racing has seen. The team ditched the 327 engines and started out in December 1969 with a carburetored 396ci Chev, later replaced with an injected 427 Chev.

The “Shaker” Monaro with the chute out at Surfers Paradise on the way to winning Altered Eliminator at the 1970 Nationals.

The one-piece steel-bodied “Shaker II” ran a best of 10.43 and 126mph, winning at the 1970 Nationals at Surfers Paradise, but the boys broke up over grand schemes in a soap-related pyramid scheme in 1971 and after a brief career with a fibreglass model T body and later with a carburetored small block V8 as a race-only hot rod it disappeared from the scene until rediscovered and restored in 2004.