When you are watching 30+ V8 Supercars racing around Mount Panorama all relative to each other, it is difficult to grasp how fast these cars really are in comparison to a high performance road car.

To give us an understanding, some genius come up with the idea of a Speed Comparison. In short, a speed comparison is where 3 completely different cars are placed on a race track, released off the start line at different times with a 1 lap dash to the finish. All going to plan, the cars should neck and neck as they cross the finish line.

Today, we look back to 2004 and possibly the most iconic speed comparison to ever hit the mountain. 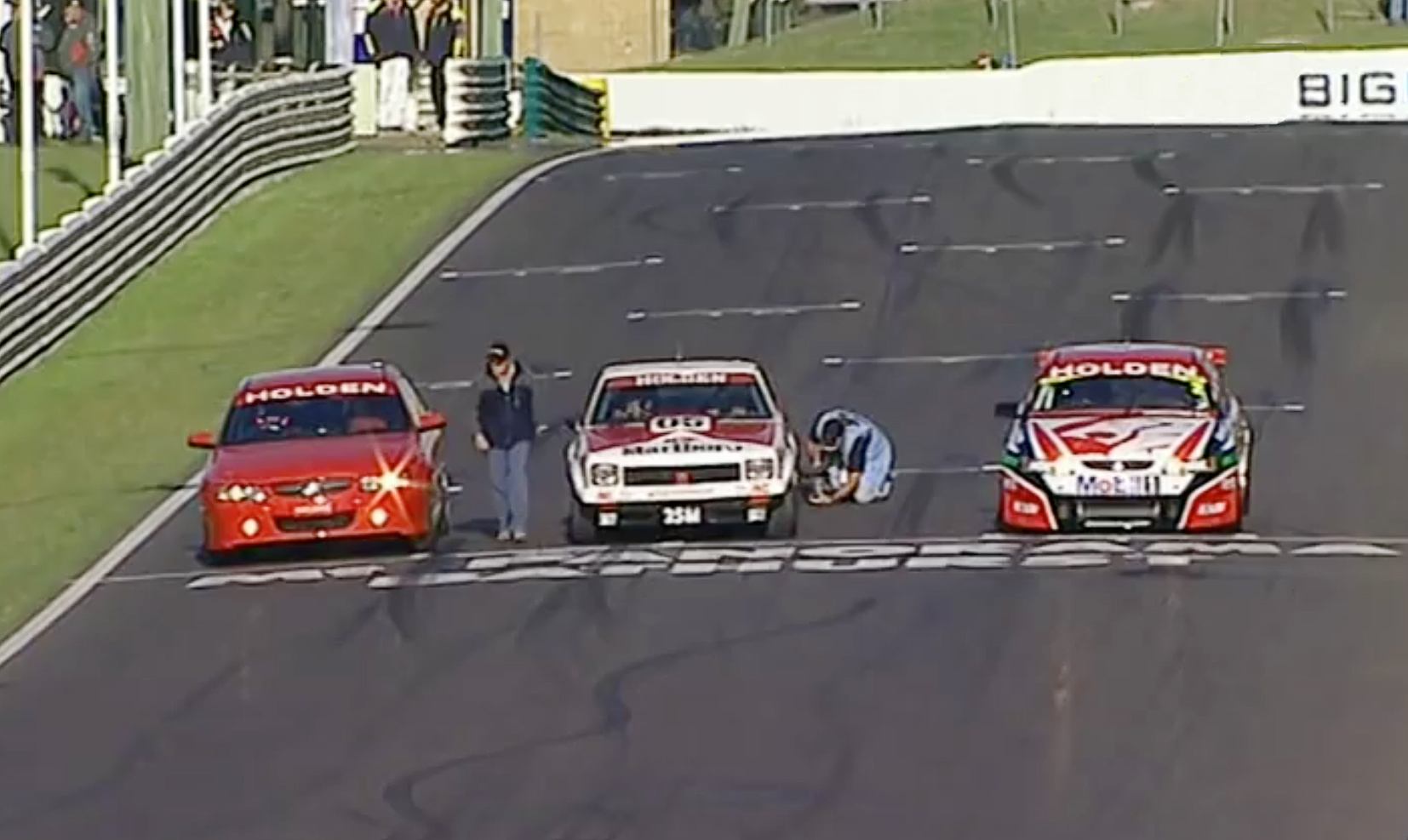 This footage gives you a great understanding on how much V8 Supercars evolved from 1979 to 2004.

It also puts into prospective the difference between a high performance Holden road car and a competitive V8 Supercar. The three cars involved are:

Let’s rewind back to the 2004 Bob Jane T-Marts 1000 for the Holden Speed Comparison.

Although it wasn’t a close finish, it is great to see that a then 25 year old Touring Car can still out run a current model high-performance road car on a Bathurst hot lap.