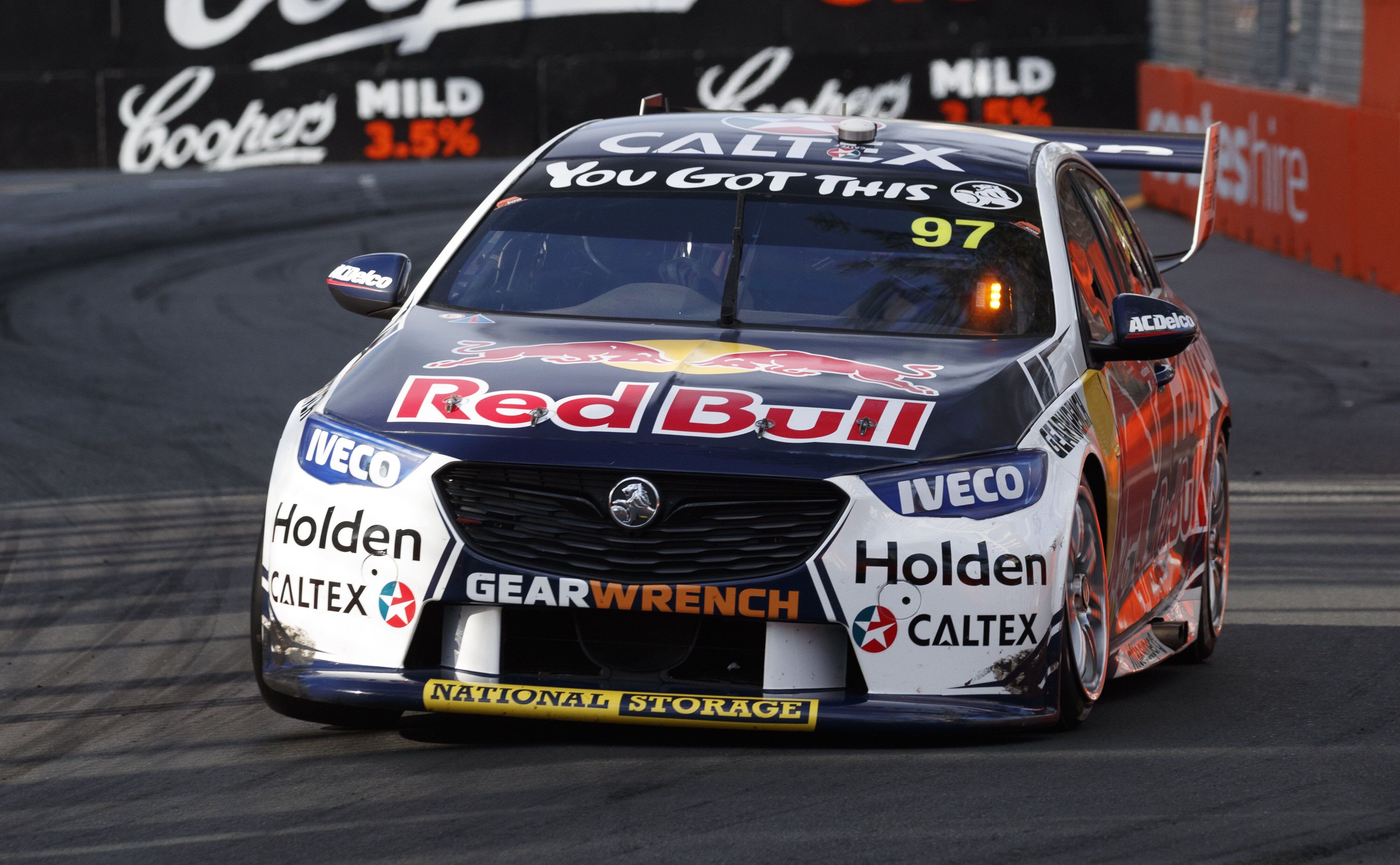 Shane van Gisbergen and Garth Tander have today claimed their first victory together, at the Vodafone Gold Coast 600.

In front of a record crowd for the event of 198,763 van Gisbergen reversed the result of yesterday, with Jamie Whincup and Craig Lowndes second while in the first all Holden podium of 2019, David Reynolds and Luke Youlden brought the KISS Penrite Commodore home in third.

The result was van Gisbergen’s 35th career win and 4th on the Gold Coast. It was Tander’s 8th at the GC600 and victory number 55 for his career.

“We had the short tyre strategy and had to run them long at the end,” said van Gisbergen.

“I was struggling a little bit but trying to manage, then Dave put the pressure on and we had to speed up again.

“What an awesome weekend. Two one-twos for the Red Bull Holden Racing Team, it’s really special to be a part of it.

“Yesterday paid back today, it’s all about the team.” 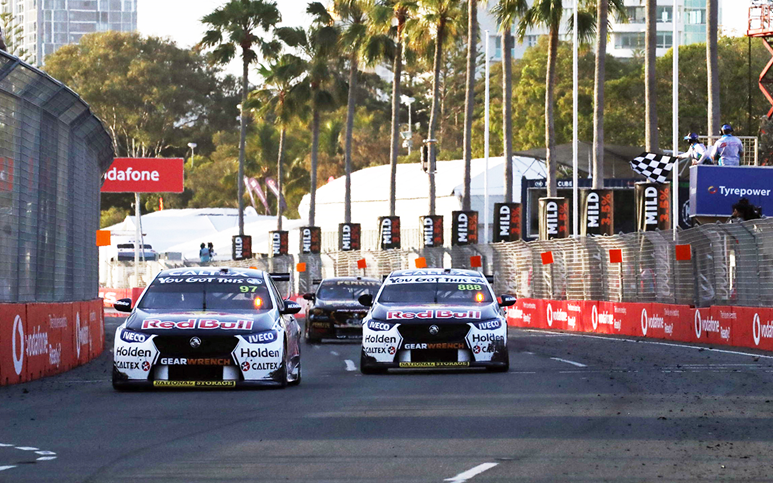 The story of the day was that of current Virgin Australia Supercars Championship leader and defending Champion Scott McLaughlin, who had a spectacular crash in qualifying this morning.

After flipping his car at 135km/h, McLaughlin was admitted to hospital for observation following his weekend-ending crash.

The 26-year-old suffered a heavy impact with the concrete in the closing stages of qualifying, rendering the Shell V-Power Racing Mustang irreparable for today’s race.

He is expected to be discharged from hospital shortly.

Today’s race was filled with highlights, which began on the opening lap when a four car pile-up dented the chances for a number of teams and ended youngster James Golding’s day.

Tander started on pole position and held off Craig Lowndes from the get-go. The pair raced away from the field to open a commanding lead for the Red Bull Holdens.

Local hero James Courtney had issues with a door not closing after a pit stop which ended his chances mid-way through the race.

Behind the top three, Mobil 1 Holden’s Scott Pye was 4th ahead of a trio of Tickford Mustangs driven by Cam Waters, Lee Holdsworth and Will Davison. 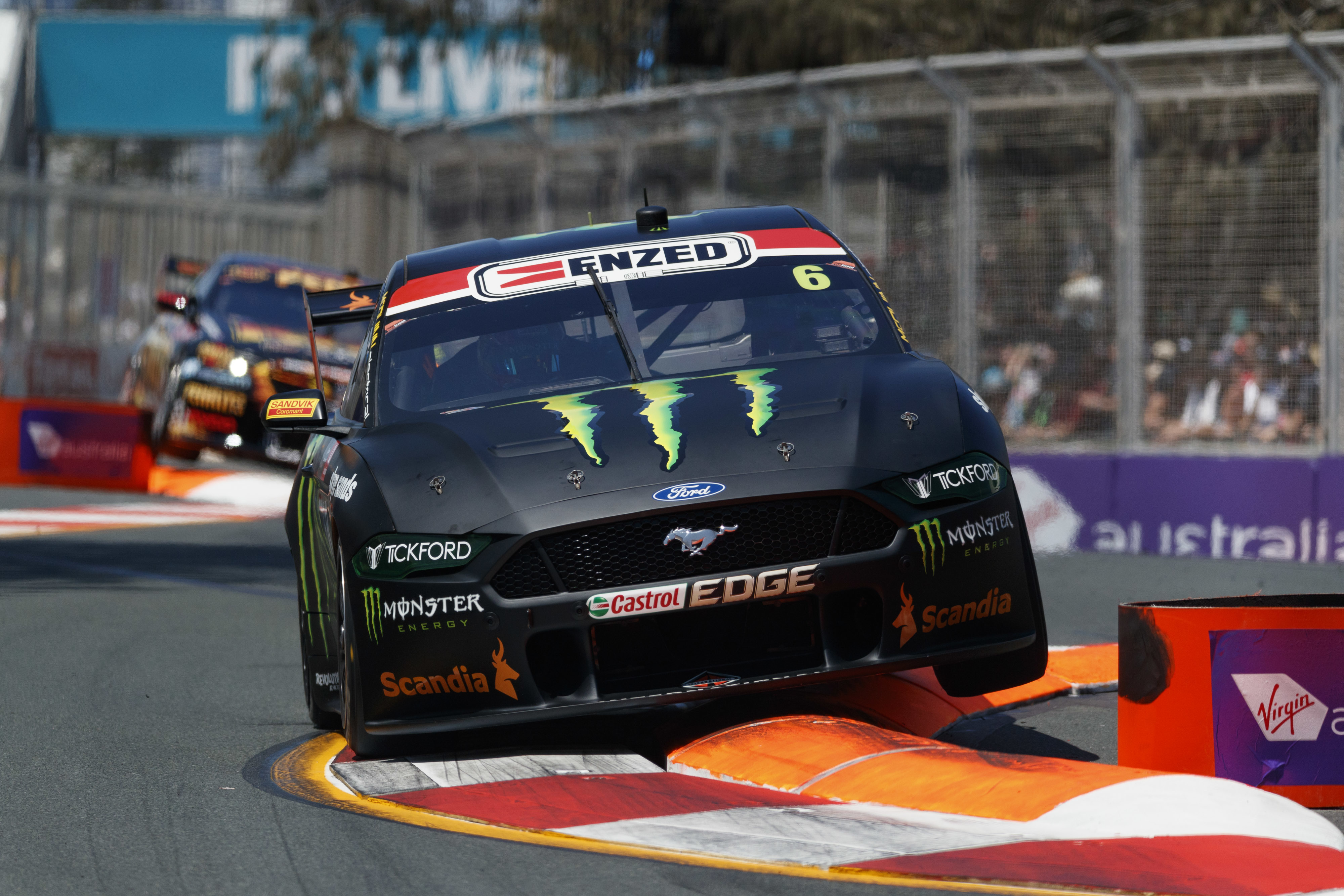 Today’s result with McLaughlin missing the race, means his Championship lead is cut to 463-points. Had he finished today’s race ahead of or close enough to van Gisbergen, he would’ve sealed this year’s crown.

As team’s prepare for next month’s final event of the PIRTEK Enduro Cup van Gisbergen and Tander lead the endurance standings by 36 points to Whincup and Lowndes.

The Penrite Oil Sandown 500 runs in Melbourne from 8-10 November as the tradition retro round of the Virgin Australia Supercars Championship.