Shane van Gisbergen returned himself, and Holden, to the winner’s circle in Tasmania by repelling fellow Kiwi Fabian Coulthard and the Mustang at Symmons Plains.

The trio finished where they started which was not an indication of the race and the battle packs within it. Van Gisbergen kept his nose clean and in a safety car free race held station for his first race win this year after an early season Mustang domination.

Van Gisbergen had a spectacular early dice with fellow Kiwi and Championship leader Scott McLaughlin early in the race. The pair went side by side for a lap and a half before Van Gisbergen gained ascendancy.

In what was a strong bounce back for Holden, Van Gisbergen also rocketed back into Championship contention with the five second victory. He now sits fourth in the overall standings despite a horrendous run at the Australian Grand Prix a fortnight ago.

“We made a huge step forward with our car. It was good to bounce back after that shocker,” he said.

Van Gisbergen said the back-to-back races, with the WD-40 Phillip Island SuperSprint in just four days’ time, would be another test for he and his Red Bull Holden Racing Team.

“It was good to get one back. Fabian kept getting me out of the pits and had a great battle with he and Scotty,” he said. “I am confident we will be better (at Phillip Island) and I am really looking forward to it. We will be right.” 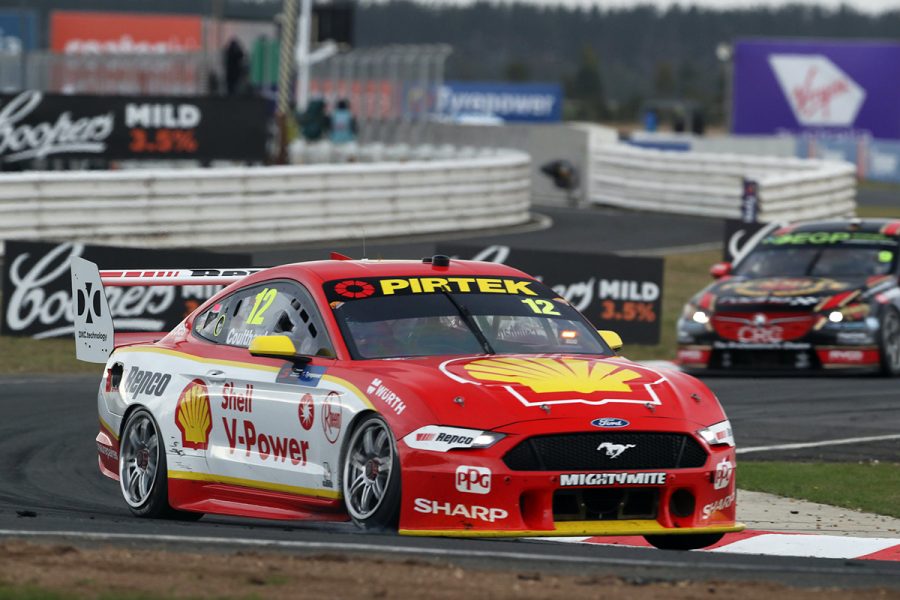 McLaughlin missed the podium for the first time this year, finishing fourth.

“We weren’t that quick today, so we had to think about it,” McLaughlin said. “If you told me coming into this weekend we would lead by 100 points and 1-2 I would have been happy, so that’s a pretty good outcome all things considered.”

Whincup battled from mid-field to finish fifth ahead of the resurgent Mark Winterbottom in the IRWIN Racing Commodore.

It continued Whincup’s frustrations from yesterday when he started in the middle of the pack and got a flat tyre in a stoush with Chaz Mostert, finishing last.

Boost Mobile Racing’s youngster Richie Stanaway had his best qualifying run of his career to start seventh running in the top 10 through the first stint, but finished 19th after a cross-threaded wheel nut at his second stop.

Teams now have a lightning fast turn around, as they head back to Victoria for next weekend’s WD-40 Phillip Island SuperSprint from 12-14 April.

Every practice, qualifying and race session of the Virgin Australia Supercars Championship is broadcast live in high definition on Fox Sports within Australia.