Jamie Whincup was the only driver to break into the 1:05s bracket in Practice 2 at Hidden Valley Raceway to set the early speed for this weekend’s Merlin Darwin Triple Crown.

In searing heat in the top end, the Red Bull ace who won last year’s Triple Crown title, laid down the quickest time in the final practice session ahead of tomorrow’s opening qualifying and the first race of the event.

Whincup, who has won seven races in Darwin, was 0.129s clear of Team 18’s Scott Pye, while Shell Ford driver Anton De Pasquale was third on the same circuit he won his maiden career race victory at 12 months ago.

Bryce Fullwood was forced to pull over on the pit straight after the bonnet came loose on his #2 Mobil 1 Middy’s Electrical entry.

Earlier today, Brad Jones Racing’s Nick Percat was quickest in P1 and will be looking for more pace when the three-part ARMOR ALL Qualifying Session begins at 11:35am.

It will be a busy weekend at Hidden Valley with three races over two days (one race Saturday, two races Sunday) set to determine if a Triple Crown winner will be awarded in 2021.

The event will be broadcast live on Fox Sports and the Seven Network and streamed on Kayo. 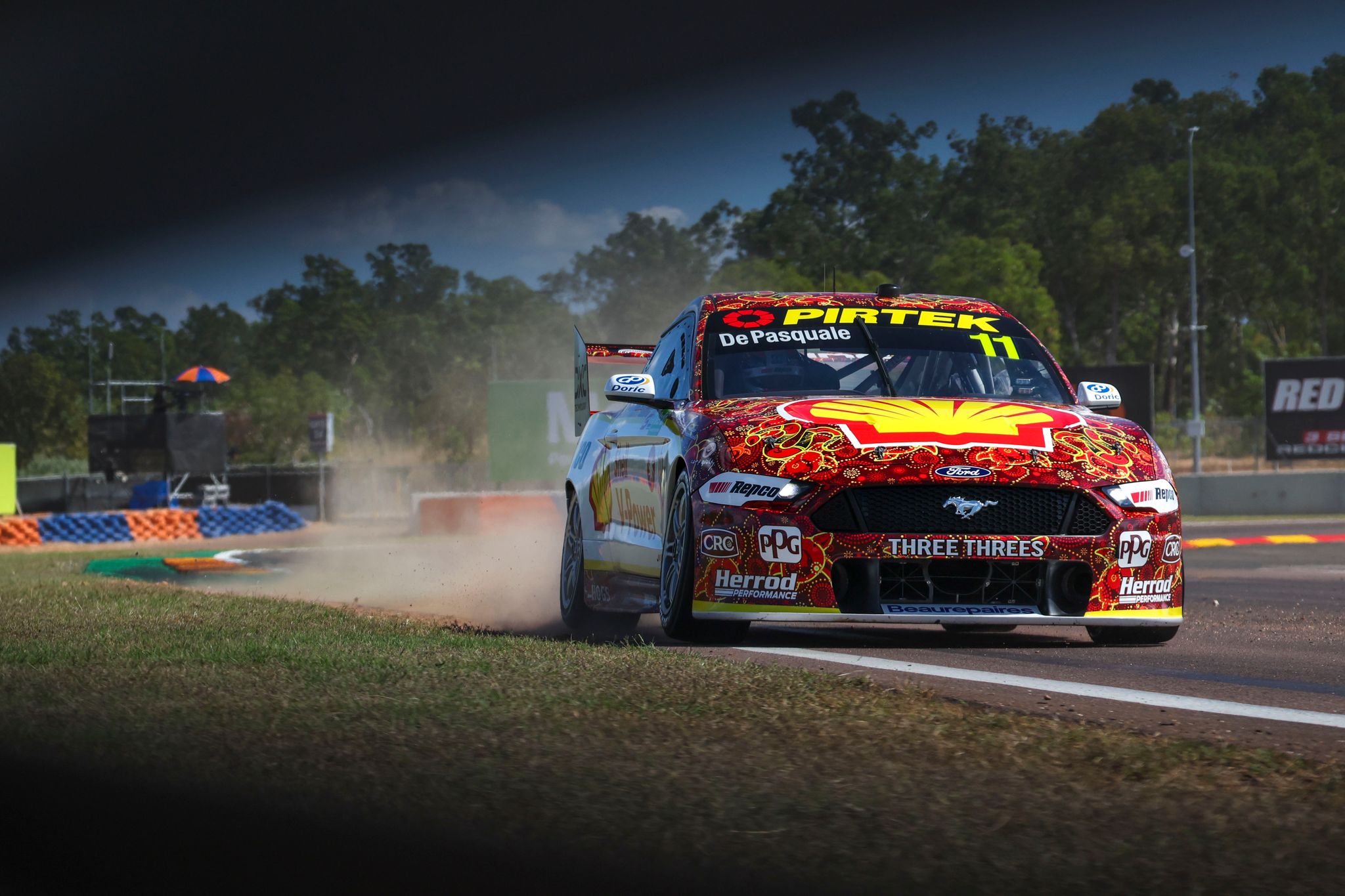